← Keep Talking, Hillary!
Declaration Of Fidelity To The Church’s Unchangeable Teaching On Marriage And To Her Uninterrupted Discipline. →

Even NYT Writers Start Seeing That Francis Has Failed 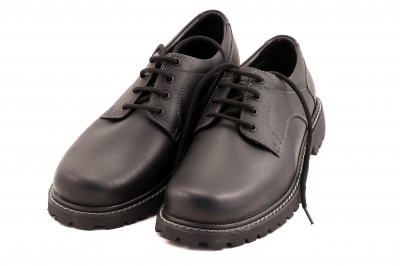 Look! Black shoes! This must be good for the Church!

When was last time you heard about the “Francis effect”? Yep, and you now know why: even the secular press knows it did not work.

The article is, as you would expect by a libtard publication like the NYT – the author works for “First Things”, though; more about this later – entirely centred around secular issues. In line with the forma mentis of your average IYI (“Intellectual Yet Idiot”) reader, The Church is seen like a party, or a product, or a firm: where an “innovator” who seems “in line with the times” steps in and “revitalises” the ailing organisation. And this leader does such wonderful things as living in a luxury hotel, wearing black shoes, shooting selfies, and other such like stupid things very much liked by a stupid age.

The article, showing the great ignorance of his author in matters of Catholicism, (but we are talking of Libtards here) even absurdly criticises the Pope because

Francis has also shied away from big changes on doctrinal matters. Instead of explicitly endorsing communion for the divorced and remarried couples, he has quietly urged them on with a wink and a nod.

The secular mind sees the secular Pope at work; it sees him trying to make of the Church something similar to the Democratic Party; it sees, also, that he is failing miserably.

The secular mind cannot understand the Church more than the devil can like holy water. They just do not get that the Church – as an organisation – prospers when she opposes the world, and withers when she cozies up with it. If they knew this simple truth, they would never invent strange and absurd expressions like the “Francis effect” and mean that it would be good for the Church as an organisation.

The Catholic mind understands the folly of all this. But hey, they are “homophobic”, so they don’t count.

As the author points out, very rightly, Francis has failed miserably even in the other – and originally, we were told, the most important – reason for his appointment: the reorganisation of the inefficient, corrupt Vatican apparatus. We knew that already, because we know that South American dictators tend to be extremely stupid wreckers of everything they touch. But it’ s nice to see that some libtard notices that, too.

However, the obviously Catholicism-free author must have heard, at some point, something about Catholicism at First Things, because he seems to have a very confused idea of how the Church works. Examining the cause of the continuing decomposition of the Church in the US, he writes something that has always been a mainstay of this little effort:

Francis has built his popularity at the expense of the church he leads.

The cult of man damages the Church of God. Francis, in his vanity and folly, presents himself as the good guy in opposition to the bad guys of the sixty generations before his. It can work for him, for a while, until people understand what a phony the man is. But it will never be any good for the Church. This is now apparent, and the “Francis effect” thingy has gone the way of “reading Francis through Benedict”.

The author, who is so blind that he sees something positive in Francis “paying his own hotel bill” and “eschewing the red shoes”, still has some ideas left of what Catholicism is:

Those who wish to see a stronger church may have to wait for a different kind of pope. Instead of trying to soften the church’s teaching, such a man would need to speak of the way hard disciplines can lead to freedom. Confronting a hostile age with the strange claims of Catholic faith may not be popular, but over time it may prove more effective. Even Christ was met with the jeers of the crowd.

So, is this author Catholic after all, and just too servile to the NYT to write like one? I don’t know, and I am not interested to know. What interests me here is that even the entirely secular outlook of this article must see Francis’ dismal failure.

And he has failed.

Even Libtards see it now.

← Keep Talking, Hillary!
Declaration Of Fidelity To The Church’s Unchangeable Teaching On Marriage And To Her Uninterrupted Discipline. →
Loading Comments...