Turns out the FBI has assured us they could carefully examine 2/3 of a million email in a matter of days and decide that there is nothing new. Nothing to see here folks, move along…

The word RIGGED comes to mind. The pressure that must have been brought to bear on Comey (not a hero on his best day, as the past events abundantly showed) must have been unprecedented.

Hefore the Hillaryjugend proceeds to the canonisation of the dyke, let us bear in mind a couple of things:

In short, this is not a real progress for Hitlery. Millions of voters will see in this – and rightly so, if you ask me – another example of a corrupted and rigged system that protects the Clintons with mafia-like efficiency.  In my eyes it will increase, not quench, the desire to drain the swamp. Trump, who is no pussycat like the damn Mormon (I can imagine Romney, in a similar situation, publicly congratulating Hillary and assuring her of his undying friendship) will let America know what he thinks of such manoeuvering.

Hillary stinks of boiled cabbage, urine and fart exactly like before. She has just avoided being submerged by a truckload of manure. At least for now.

Let the rage of the decent part of the population mount. Let the Dems feel safe in the victory now that their candidate will not appear handcuffed on TV (but we would not have been showed anyway) before the election.

The revolution is ongoing. Trump is now so much more than one person running for one office.

From Europe With Love

Comments Off on From Europe With Love

Virginia Pardon Scandal: Is There No Limit To The Shamelessness Of These People?

Terry McAuliffe, the Governor of Virginia, a well-know member of the Clinton Gravy Train and formerly involved in the Clinton Foundation, has apparently pardoned up to 60,000 Virginia felons to allow them to vote; sending them pre-paid ballot papers and envelopes to boot.

If the felons were to vote, I can’t imagine the 60,000 votes would not decide the race in a very contested race like Virginia’s. However, firstly one can imagine these aren’t models of civic duty, and secondly it appears that the number can still be challenged in front of the courts, which I hope the Trump side will do immediately.

It is staggering to behold to what extent these people will go to secure a victory. How many millions citizens (many of them, I am told, Black, and we know how they vote; very few of them angels) could be given voting rights in this way if this becomes the fashion?

Not even in Italy have I ever assisted to such  brazenness. This exceeds what I was able to even think until yesterday.

These Democrats are, pure and simple, a bunch of criminals.

Comments Off on Virginia Pardon Scandal: Is There No Limit To The Shamelessness Of These People?

Hubris is the only word to define it. This woman thought herself so much above the law, that she asked her maid to print confidential documents and gave her access to highly secure rooms.

This is arrogance, and stupidity, beyond belief. How anyone can think such a woman can have her hands on the “nuclear button” is beyond me.

It’s not only the arrogance, it’s also the incompetence that is staggering. This woman manages to be a huge threat and a total mess even on those rare occasions in which she is not actually lying!

Please, dear voter, cast your vote for Trump whatever the weather. Defy tiredness, headache, traffic, and queues. Call your friends and relatives. Use the social medias you participate in as much as you can. Spread the word. Feel the Donald!

Do not allow living criminals and dead voters to steal this election from you.

From the Okie Traditionalist, the inspired and all too true words of a mother.

You describe our situation exactly. We would be the traditionalist sitting in the back row of the Novus Ordo, cringing as we try not to notice the gum chewer to our left, the short skirt and low-cut blouse to the right . . . here comes the part where everyone holds and lifts hands, another Protestant infiltration, Our Sacred Lord placed in dirty hands and flopped in the mouth . . . Even the hymns are not reverent; “They will know we are Christians by our love” was written by an ex-priest (Peter Scholtes). One gets weary having to sing Protestant hymns every Sunday. Coming out of mass, I feel saddened and worn out. So much disrespect for the Eucharist. How does one block every bit of it out? It is difficult and with 4 children in tow, everything matters so much more…..The Oklahoma parish we currently attend is VERY tiny. We are the only family with younger children there. I had a conversation with one of the older parishioners (she is in her late 60’s). She seemed angry when I mentioned my love of the Latin mass. Her comment was how horrible it was, how she was just a “spectator” and didn’t get to be “involved”. I pondered her comment for a good long while.This, indeed, is the root of the whole problem. The mass, that was once solely “about” Christ, is now about US or ME. I’m bored, I want to be a part of it too, I want to pass communion out too, I want to do this and that, etc. It’s all me, me, me. And there you have it: altar girls, lay ministers, musicians with guitars only a few feet from the altar, which family gets to carry up the gifts this Sunday . . . and the list goes on and on. And then, somewhere in all of this distraction, is our Precious Lord.
We are all suffering. I hold on to what Christ said, “…the gates of hell will not prevail against His Church.” And so, I wait . . . patiently at times, and not so patiently at other times. And once in a while, we get to attend a Traditional Latin Mass . . . the mass that my generation was robbed of..

It is not so extreme where I live now, but I can fully relate to this mother’s thoughts.

The lack of reverence, the “casual” side of everything, the sudden awakening for the “peaace beeee with youuu” moment, the chattering before, during and after, the stupid applauses, the people (mostly: women) busying in the sanctuary before mass, paying attention everybody sees them; the saltless (when we are lucky) homilies; the endless disturbances; the perception, in fact, that there should be no difference between a church and a kindergarten; the priest planted at the door after mass, eager to let you know how important a part of the show you are.

Meanwhile, Christ is in a corner; often physically so, as the tabernacle is not even on the main altar. Not even a place to kneel in front of the Blessed Virgin. Miniature Ways of the Cross. Holy Water fonts also in Lilliput size, and hidden from you as much as possible.

No one seems to care. Aren’t we a “vibrant” community, though…

At times I think I can’t stand it anymore. But it is – as long as there are no reasonably practicable better alternatives – a part of my burden in this life. I must stand it, and I must offer my suffering to Christ. One day, by God’s grace, sanity will be restored also through the prayers of those who suffered in silence but chose to stay with Christ and do what he ordered; and be it in a church that offends Him.

P.s. This is only a short intermission in the full-time coverage of the by far most important event on the planet, particularly for Catholics, in these days. My blog time will keep being completely dedicated to it in the next days.

Comments Off on Powerful 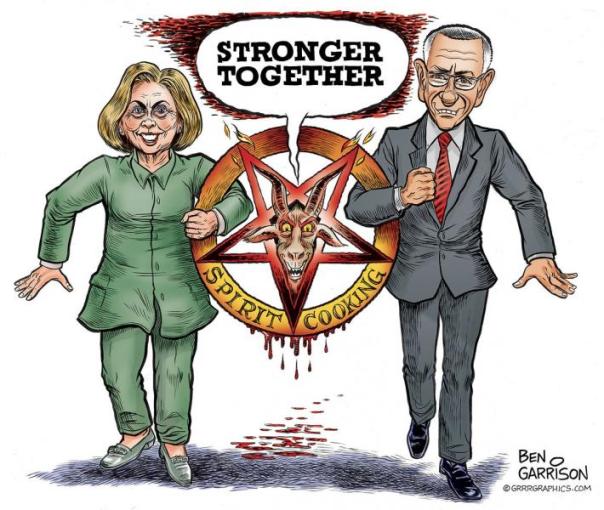 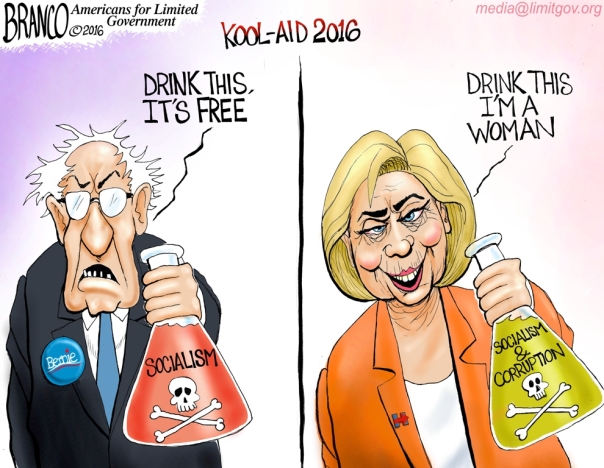 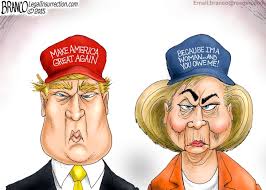 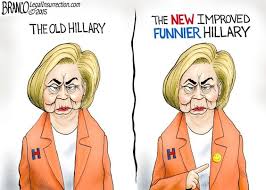 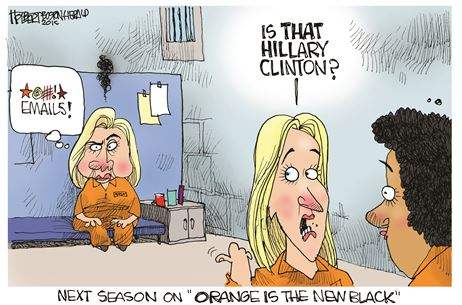 Comments Off on Dedicated To Hillary