Watering The Plant Of The Revolution. 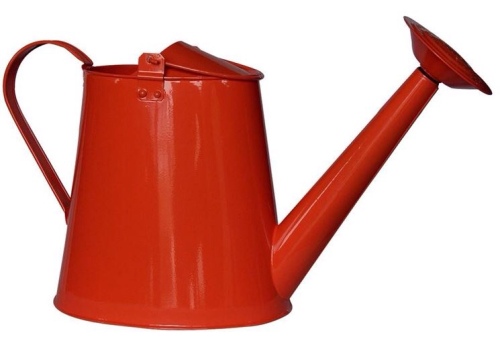 The Revolution is now only two days old, but it is important that the wonderful energy mobilised by the just concluded electoral campaign does not get stuck in the swamp of usual politicking.

There is now a situation last seen in 1928, with White House, Congress and Senate all in Republican hands. But make no mistake: there are many snakes in the GOP grass, ready and willing to sabotage the Revolution.

I now expect determined action for Trump not only in the matters more linked to political issues (the wall, dealing with illegal immigration, and the like) but also in those more directly linked to this Catholic blog: the proposal to the Senate of a seriously conservative Supreme Court judge, and the support for pro-life legislation from the White House. Also, I expect a clear conservative and pro-life stance in the federal judges he will pick.

I do expect that there will be opposition from the snakes in the grass. Let the Senators, then, oppose the Revolution and pay the price when reelection time comes. Let the Congressman defy the wave of Trumpism and feel the effect in the primaries for the 2018 election. If the Revolution is carefully watered and helped to grow strong there will be immense pressure for tepid followers and closeted fifth column to get on with the program. Trump will be able to ask a grateful Country to support candidates friendly to his cause rather than Judases in the mould of Paul “Pussy” Ryan.

A first test of the mood in the House will be the choice of the speaker. If Ryan is confirmed without any serious opposition, I will take it to mean that the GOP congressmen are bent on an attrition war with Trump, and on the eradication of the young revolutionary plant by the usual means of obstruction, duplicity and time wasting. This threat must then become, for decent Americans, the object of the next war, as they start to plan their substitution in 2018 with Revolutionary candidates.

The Revolution must now be expanded and be extended to more levels of power: congress, presidentially appointed judges, Senate, state legislatures, governors.

Let's look at abortion again: a Governor square on the pro-life side has run as Vice President without any uncertainty on his pro-life program, and has won. Governors may not ban abortion, but they can change people. The fact that Pence could be so vocal about consigning abortion to the ash heap of history and still carry the day shows how nearer we are to victory than only 15 years ago.

It is important that Trump now proceeds decisively on the Revolutionary path, allowing pockets of enemy resistance to emerge rapidly instead of hiding and starting from now to prepare for a truly conservative Congress in 2018. I don't think it will be very difficult as decisive action on the wall and immigration issues will give the man a clout that the political prostitutes in Washingon will find very hard to oppose. It would be very bad if Trump allowed himself to slip into the usual path of Washington politicking. Instead, he must take vigorous action on the matters in his competence and publicly denounce and expose every and any sort of obstruction in those that aren't. All those who try to water down the consequences of the 8 November vote must be publicly denounced as enemies of conservatism and allies of the liberal scum. Two years of this, paired with decisive action and prompt delivery on the promises, and you will see the snakes in the grass diminishing rapidly in number and influence.

I am confident that Trump can pull this. I am confident that he has already seen the dangers coming from Congress RINOs and defeated never Trumpers, and is already working on how to either move them to comply or be exposed as the enemies of the Revolution. I am also confident that the man will go at the task in hand with a completely different mentality than your usual professional politician eager to avoid making enemies and securing influence and friends for his “retirement”. This one will seek conflict, and thrive in it.

This is not the end of a long electoral battle. This is the very beginning of a revolution that must conquer the heart of America and, in time, the rest of the West. We must keep your enthusiasm high, and do the most of this wonderful movement.