Burke 1.0 And The Newer Releases 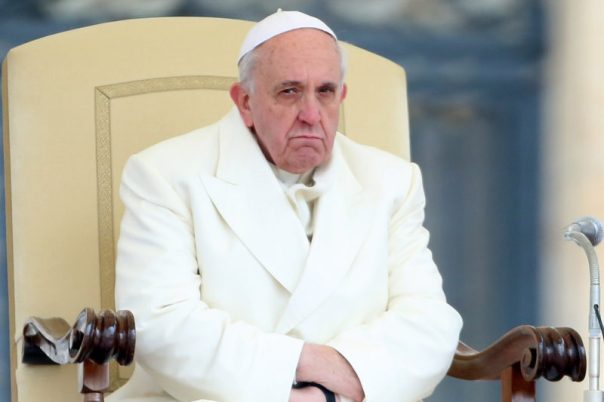 A comment on another post stated I have misunderstood Cardinal’ Burke’s initial reaction to Amoris Laetitia. However, this is not the case.

These were the very words of the Cardinal. Emphases mine.

The secular media and even some Catholic media are describing the recently issued post-synodal apostolic exhortation Amoris Laetitia, “Love in the Family,” as a revolution in the Church, as a radical departure from the teaching and practice of the Church, up to now, regarding marriage and the family.

Such a view of the document is both a source of wonder and confusion to the faithful and potentially a source of scandal, not only for the faithful but for others of goodwill who look to Christ and his Church to teach and reflect in practice the truth regarding marriage and its fruit, family life, the first cell of the life of the Church and of every society.

It is also a disservice to the nature of the document as the fruit of the Synod of Bishops, a meeting of bishops representing the universal Church “to assist the Roman pontiff with their counsel in the preservation and growth of faith and morals and in the observance and strengthening of ecclesiastical discipline and to consider questions pertaining to the activity of the Church in the world” (Canon 342). In other words, it would be a contradiction of the work of the Synod of Bishops to set in motion confusion regarding what the Church teaches, safeguards and fosters by her discipline.

It’s not that I want to rub salt on the wounds, but if we want to understand what is happening now we must understand what did (and did not) happen in April: either silence, or criticism of concerned Catholics.

However, that was Burke 1.0. In the meantime, we appear to have Burke 2.0, or at least Burke 1.5. The man has a good heart and a sincere faith, and I think he was very uncomfortable with his position (and with the criticism it attracted) from the start. It may well be that the famous letter of the Evil Clown to the Argentinian bishop taking a position on the heresy might have persuaded him that silence was no longer compatible with the health of his soul, as the letter to Francis is dated around one week after that event.

It is nothing short of amazing that a Pope writes 200 pages of heresies, and all Cardinals to one man stubbornly refuse to see the omnipresent heretical manure; but one additional letter (merely stating, and very rightly so, that a heretical interpretation of a heretical document is the only correct one) triggers what is, up to now, a kitten’s revolt of sort.

The Evil Clown has four choices:

What the “rules” are is irrelevant. If the Pope does not want to answer he will simply not answer, end of story. If he wants to waffle, he will waffle. This is one who does not kneel in front of the Blessed Sacrament. Canon Law is nothing to him.

Now the kitten have meowed. Consequently, anything but a clear refutation of the heresies contained in Amoris Laetitia must lead to an official proclamation of the heresy of both the document and the Pope. Everything else will make of this little more than an exercise in meowing.

This is the way of things with the defence of orthodoxy. It is difficult to do it by half. Many journalists and bloggers got that a long time ago.

One dares to hope at least four Cardinals have come to the same conclusion.