Donald Trump Is The Strongest Defender Of Catholicism On The Planet. 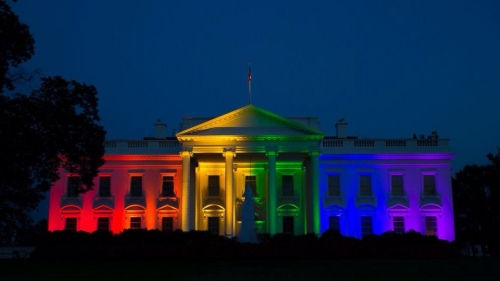 The “Mexico City policy” is the rule that an NGO either performing or promoting the holocaust of the unborn outside of the United States cannot receive any federal funding for all the activity the very same organisation performs inside the United States. The rule makes sense, as that organisation would otherwise be able to direct more resources to the killing of the unborn abroad even as it keeps “looking good”, and cashing money, inside the US.

The “Mexico City policy” – terminated by the Gay Mulatto, if memory serves, in the very first days of his disgraceful presidency – has now been reinstated by President Trump.

I read the news, and I compared the strong action of President Trump in the defence of the unborn with the subtle and not so subtle attempts of the Evil Clown to downplay the issue among his very sheep (remember the need of “not obsessing”?). I also notice that the end of Obamacare spells the most definitive end (after the judicial decision) for the obligation of religious institutions and Christian employers to directly finance the provision of abortion for their own employees. I do not remember any crusades of the Evil Clown in the matter, either.

And it goes on. The “LGBT” internet site of the Gay Mulatto White House has already disappeared. The selection of a Supreme Court judge who called Roe vs Wade an “abomination” is well in the cards, though less risky names might be preferred. The danger of persecution for Catholic expressing their views seems a distant event. I might be forgetting something.

It goes to show the amount of satanical infiltration currently afflicting the Church.

Long live President Trump. May he be inspired by our Lord ( Who works in mysterious ways) to promote more and more of the issues dear to our Catholic hearts.

And may this disgraceful Pontificate end soon, and be thrown in the ash heap of church history, where it belongs.