[REBLOG] SSPX: Reconciliation Is Nothing Without Control. 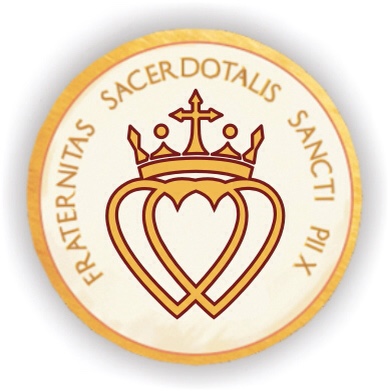 The news that a Personal Prelature in Opus Dei style would have been offered, and the Vatican’s demand that the V II documents be considered intrinsically “dogmatic”, or in any way binding, to all Catholics in all their aspects now set aside, clearly show that the controversy – at least the official one – is not about doctrine anymore.

Here is a big Vatican spider, inviting the fly to take place in the inclusive, very merciful net prepared for it, and perhaps expecting the fly to make itself at home in the net in the name of, I don’t know, “unity” or “reconciliation”, or however you want to call the fly’s assured destruction.

This is, put in rather blunt terms, the reason why the SSPX is now apparently working on the “clarification” of some points. Points which – you can bet your last shirt on it – pivot around who controls the order and its assets, and in which way.

As they (almost) say, reconciliation is nothing without control. No amount of pretended “autonomy” is worth anything, if this autonomy can be taken away at a moment’s notice. No “guarantees” are worth anything, if the Pope retains the factual ability to renege on them. No terms of reconciliation can be accepted, which leave the SSPX in any way, shape or form unable to protect itself from, well, the spider.

If these conditions are met, of course the SSPX will obey the Pope. They already do, actually. They are already subject to the Pope in everything that does not undermine Catholicism or their own proper function. Therefore, if the SSPX would become “institutionally” subject to the Pope without losing control of their assets and chain of command, it would be impossible for Francis or any of his successors to subvert the organisation by, say, deposing their leaders, changing their statutes, and taking control of their assets.

Most people forget that the SSPX was, in fact, recognised and in perfect standing for several years, and became “rebellious” only when they were ordered to close their (at that time, only) seminary and – having control of their assets – plainly refused. This episode is far more enlightening than the more famous episode of “disobedience” with the appointment of the bishops, because it shows that if you have control over your chain of command and assets you have nothing to fear from the spider: you can walk away, intact, anytime.

This has happened once, and can happen again. Let the SSPX be formally subject to the Pope, and let them have the factual and legal ability to disobey if the Pope gives wrong orders; for example rescinding their organisational autonomy, ordering them to hand assets to the Vatican, deposing their leaders and so on.

Vatican saves face. SSPX saves autonomy and safety from the spider’s net. Everyone is happy.

Or at least, they should be.

Posted on February 25, 2017, in Catholicism, Conservative Catholicism, FSSPX, Traditional Catholicism and tagged V II. Bookmark the permalink. Comments Off on [REBLOG] SSPX: Reconciliation Is Nothing Without Control..