Does Maradiaga Have A Point? 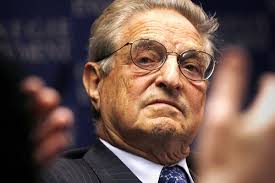 “Go give an interview, Oscar”.

Cardinal “I am in Soros’ pocket” Maradiaga gave an interview some weeks ago (everyone gives interviews to everyone these days). The interview is notable for the insulting remarks against the Four Cardinals.

However, this blog post is not about that. It is about a remark that the Soros-funded Cardinal makes before dropping a Mother of All Bombs on the Four Kitten and calling them Pharisees. Maradiaga states:

I think, in the first place, that they [the four cardinals] have not read Amoris Laetitia,

Well, yeah, the man might be on to something here.

The heresy in Amoris Laetitia is so widespread, so obvious, so all-pervasive, that the idea of having doubts whether it spreads heresy might well indicate that… one has not read it.

Kudos to the Soros-sponsored Cardinal, then. From the mouth of the heretics, and all that…