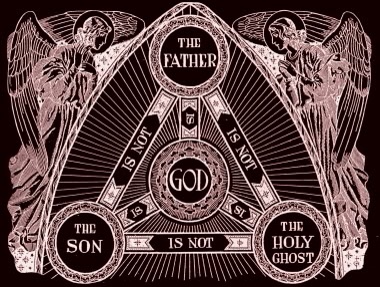 Cardinal Marx has some homework to do

Cardinal Marx asks God to listen to the prayers of Infidels.

One wonders how far Catholicism is from the mind of these people. The first thing that a Cardinal – or any Christian – should ask concerning Muslims is that God may give them the grace of conversion. The second, third and fourth too.

The idea that an infidel should pray and a Catholic – a Cardinal at that – should ask God to listen to those who deny the Son and the Holy Ghost (thus also clearly disfiguring the Father) would be ridiculous if it wasn't deeply offensive to Christian thinking.

The entire meaning of being a Christian, and more specifically a Catholic, is being reneged. The problem of not being it is being willingly ignored. One is clearly proposed an image of the world in which what is important is to believe in something wordly like peace, social justice, and the like; a world in which salvation is a recompense for fuzzy feelings. One who talks in this way is not even Christian anymore: he is a multi-faith guy supporting any religious feeling – nay, any allegedly good intention – whatsoever.

Who made this man a bishop and a Cardinal? Oh wait, it wasn't Francis!

The rot has been growing for a long time before Francis. It nourished itself on rubbish like Assisi, and an overdose of fuzzy feelings. It was multi faith propaganda way before Francis appeared on the balcony in St Peter.

We are now only witnessing the explosion of the bubo.

Remaining Faithful In The Age Of Francis: Ten Points To Know And Share

At this point it is fair to say that even if Francis were to die tomorrow, the probability of getting a Tagle would be very high. Or a Schoenborn. Or some other CINO. Bar a Divine intervention, the demolition of the Church is going to continue. People like Schoenborn would be far more dangerous than Francis, because whilst Francis is stupid and uneducated Schoenborn is neither. We might, therefore, be steering towards a phase of far more dangerous, because far more subtle, perversion of Catholicism going on for a very long time.

What is, therefore, a poor Catholic to do? I suggest the following:

1. Realise that God is punishing us for the madness and rebellion of Vatican II. He is making us swallow the entire bottle of the poison we wanted to drink. This will teach us a lesson all right.

2. Resolve to live and die in your faith no matter the scale of the destruction.

3. Realise that your individual salvation is not decided by Tagle or Schoenborn or Bergoglio. It is decided by God, who expects you to collaborate with His grace towards it.

5. Fight your battle with determination and perseverance, but do not expect to see any improvement during your lifetime. We don't know how long this punishment will go on. We can do no other but endure it in faith and fight our little battle for as long as we breathe.

6. Realise that this determination will cause you to collaborate with Grace and “merit” (as far as your part is concerned) Purgatory one day. Paraphrasing the famous statement, blessed are those who carry on for decades believing what their forefathers have believed in the face of generalised treason from the clergy. Inasmuch as we can gain merit for ourselves, there must be more merit for carrying on for an entire lifetime in an age of sabotage.

7. Use the possibilities modern technology and the wealthy, peaceful conditions of the West give you. You are not living under bombardments, or in time of famine, or pestilence. Nurture your Catholicism on the endless sources you find on the Internet, buy good Catholic books, deepen the faith in its many aspects. React to Francis by becoming more Catholic.

8. Ask the Blessed Virgin to intercede with the Lord so that your faith may be strengthened no matter what. Resolve to let your faith grow, not falter, at every papal assault. Pray your favourite Saint every day that he may also intercede for you.

9. Reflect that even if you have a very long life, it will be but an instant compared to the eternity afterwards. Whatever pain FrancisChurch gives you, resistance to it is an investment with huge rewards.

10. Think of this every day: nil inultum remanebit, nothing will remain unpunished. All those popes, Bishops and cardinals who betray the faith and die unrepentant will pay the most atrocious price for their rebellion. When their antics enrage you, reflect that God will not leave anything unpunished.

I wish I could tell you that this is soon going to end. Alas, I am not one of those who know the future and talk to you with great certainty about it. I have no idea how long this will go on. But I know that at some point, when everything seems lost, Our Lady will intervene.

Will I see that moment? Better not to become complacent. I prefer to prepare myself for a lifetime of resistance. I know that the Lord above will count it for me, and for us, one day.

Keep the faith no matter what, and expect to die in the midst of chaos. It's the best to save your soul in the Age of Francis.