Perversion Is Never Consistent With Catholicism, Decency Or Common Sense 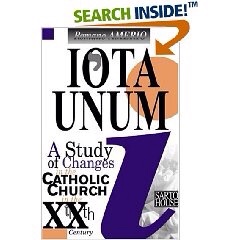 Pity Nancy Pelosi, old botoxed hag marching towards hell with a very solid faith in her divinity. As to the others, perhaps a couple of words are in order.

Secondly, I wonder whether there are still people who believe in basic decency in Washington or among Democratic voters at large. If you come to the point of thinking that sodomy is in any way normal, it is clear that your mind has already been perverted to the point of not seeing the stench and the filth of sexual perversion. And yes, the two go hand in hand, because it is impossible to be disgusted by sodomy and still think that homosexuality is compatible with anything different from a perverted mind.

Thirdly, these people just forget plain common sense. They think the human brain has worked the wrong way until their own botoxed mug appeared on the scene. Even the Bolscheviks loathed homosexuality, and the Gospel had nothing to do with it. It was just plain thinking, of which even those people were capable.

Pity the old botoxed hag. So old, so vain, so stupid, and such a damn fool.