← The Threat Of The Gospel
Abusing Saint Padre Pio → 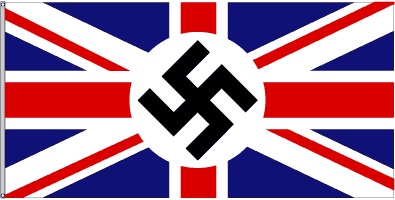 Charlie Gard died today. His death really gives you the measure of how advanced Nazism is in this Country.

The obvious conclusion that must be drawn by every thinking person in the UK is this: Nazi Nanny will decide what is good for you, whether you are worth the money your illness will cost and – most shockingly of all – whether you have the right to live, or must be forced to die, even if you have all the possibility to seek treatment abroad, at no cost to the public at large.

Nazi Nanny cannot allow this, as it would put an end to the principle that Nazi Nanny is the only one who decides when you live and when you die. Nazi Nanny would not even allow the poor boy to die at home, because nothing must be allowed that would put Nazi Nanny's omnipotence into question.

But do you think that Charlie's controversy awoke this Country? Forget it. The media coverage is the usual sirupy, sugary, stupidly retarded fare this Country is fed every day: the poor boy, please feel good thinking of him for some seconds, and don't care about Nazi Nanny's sovereignty over your time to die.

And go to hell, unless you repent, you countless legislators, activists, journalists, judges and assorted minions of Satan who made this Nazi nightmare a reality.