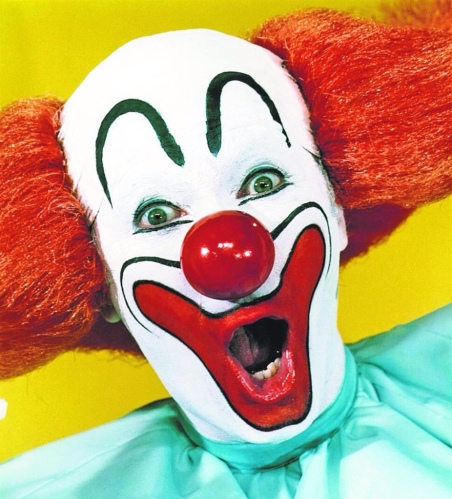 Pope Francis was in a good mood today

God knows the Evil Clown grates me in a number of ways.

But when he grates me most is when he tries to abuse of great Saibts of the past, and tries to enlist them as soldiers of his communist army.

Today it was, sad as it is to say it, Padre Pio's turn. Even sadder, it was not the first time.

Let me go on record and say that if Jorge Bergoglio had been a civilian in the time of Padre Puo, the great Saint would have slapped him in the face without any hesitation for countless of the impious, heretical, or outright blasphemous statements this disgusting man keeps spouting around as if he were a new oracle instead of a dumb South-American wannabe Caudillo with more power than sense and more arrogance than both.

Francis is eighty, and – after slapping him very hard in the face – Padre Pio would have reminded Jorge Bergoglio that he hasn't much time left to see the error of his ways.

Sadly, some people can ditch the priestly habit for the papal one.

But in the end they still remain bouncers.