There Can Be No Neutrality Between Christ And Satan

After “Faggotgate”, and the ruckus following the disinvitation of Sister Jeanine Martin, Society of Faggots, from several speaking engagements, I knew the usual fake conservative, middle of the wrong road, allegedly reasonable voices would speak up. “Do not quarrel, children!”, and the like.

It allows them to look good on the cheap, you know.

We live in a time of conflict, and this conflict requires each and everyone of us to take side and say whether we side with Christ or Satan. There can be no neutrality between Father Martin and Father Zuhlsdorf, nor is silence an acceptable option. One must say where he stands on the issue, and on such issue no one, not even my cat, can sit on the fence and feign,mor profess, neutrality.

The milquetoast side of Catholic blogging keeps thinking that niceness is a sort of absolute value. It isn't. Niceness is a “nice to have” and nothing more. If you read the Gospel, Christ's words emerge as brutally frank on so many occasions that it is impossible to think he would allow niceness to stand anywhere in the way of Truth.

Nor is the conflict now openly lacerating the Church in need of any niceness. The enemy must be defeated, not be treated nicely.

Throw at them your anger and your mocking. Cover them in ridicule. Expose them in any way you can.

Forget niceness. This is no tea at the vicarage, and most certainly no time for niceness.

And there is no place in the middle whatsoever.

How Will We Get Out Of This? Some Daydreaming 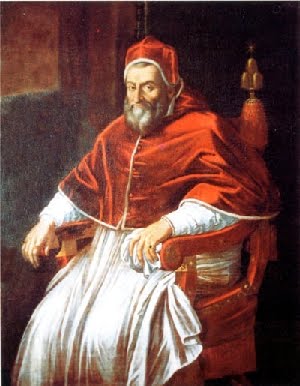 In the desperate situation in which we find ourselves today – marked, mark my words, not only by a heretical Pope, but by universal cowardice and acquiescence from the Cardinals and almost all Bishops – one may legitimately wonder how we will ever be able to have a Catholic Pope again. More and more Francis Cardinals, and the cowardice of those who were there already, should, if the Church were not the Barque of Peter, certainly spell her end and cause her to go the way of the Methodists and Quackers.

However, for God nothing is impossible. Trusting in His promise of Indefectibility, I will try to imagine some of the ways in which He will, when the appointed time has come, right the Barque again.

This is just a short reflection to bring a smile to your face. In the end, God can do everything, and when He in His wisdom has decided that we have been punished for long enough He will set things right.

We, the faithful, do what the name says: we remain faithful to the faith of our fathers, and wish Francis and his minions a speedy departure from this vale of tears and the destination God has already appointed for them.