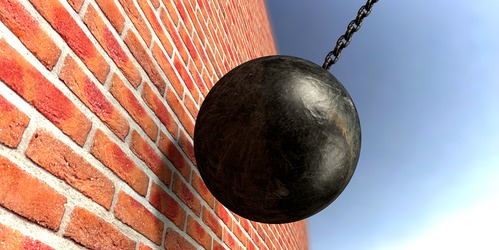 I know, I know… it is a doctrinal requirement that a priest be male, not unmarried; and in fact, married priests (people who have married before ordination) have been common in the Eastern tradition and are, on occasion, found today (say: Mickey Mouse Anglican “priest” who converts to Catholicism and is ordained a real one).

But this is not the point.

The point is that celibacy is so intimately linked to the way Catholics understand the priesthood, that to do away with it would very seriously undermine the way the Catholic Church sees herself all over the West.

There are very valid reasons why a priest should not be married. In general (and your uncle, who is a former Mickey Mouse priest now become a real one, is most certainly the exception) it is safe to say that a celibate priest is free to serve God only, but a married priest has to think of his wife and children. From transfers to martyrdom, and thinking of the cares of daily life alone, a priest is not as free to be exclusively dedicated to his flock, if he has a family under his roof. His son’s flu will be in the way of his flock’s illnesses. His wife will be a constant element in his life decisions; he will not be so free to even choose persecution at the hands of his own bishop, if wife and children are in the picture.

The now widely reported rumours about Francis authorising a sort of generalised married priesthood    (perhaps only in certain Countries first, like Brazil and Germany; using the incremental demolition methods so often used in the Age of Madness) would be, whilst not heretical in the way Amoris Laetitia is heretical, a terrible blow to the Church, making her even more similar, from a pure factual point of view, to the Protestant sects we have seen dying all over Europe for many decades now. Francis’ hate for everything that is Catholic does not stop at a frontal attack to the Sacraments. Everything must be sabotaged, deformed, and made unCatholic in a pathetic attempt to rescue a Barque which, if it were not for Her promised Indefectibility, would at this point appear condemned to sink.

Let me say this once again:  if we had had real Cardinals and Bishops instead of kitten in the last two years, we would not be at this point now. If Amoris Laetitia had plunged the Church into an extremely hard confrontation between Catholics and heretics, Francis would now think thrice before throwing more petrol on the flames. It is only the utter silence (with the isolated meowing here and there) of our clergy that allows him to go on with his devastation work with the currently enjoyed – bar divine intervention – certainty of impunity.

Make no mistake: this rumoured “married priesthood” would be a bone cancer for the Church. A cancer even worse than an isolated, at some point unavoidably terminated Francis papacy. A cancer sure to spread in years to come, leaving a trail of self-destruction the like of which we have, up to now, barely imagined.

As I sit writing this, I have troubles even to think of a Western diocese in which the majority of priests are married as “Catholic”. It goes against what I always thought of the priesthood since a little child. It is a fundamental facial plastic surgery to the Church as we know it in the West.

We need to pray every day for the death of this Pope and the demise of the toxic legacy of this Pontificate. It won’t get better, and the more our kitten limit themselves to meow, the more these enemies of the Church will feel emboldened.

← REBLOG: Four Cardinals, Five Dubia, And No End Of Meowing
REBLOG: Meet The Loaker Church →
%d bloggers like this: