Liberal Karma Truly Is A Bitch 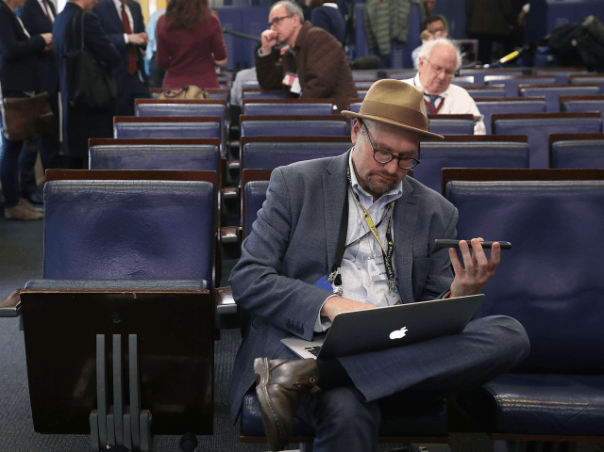 How the feminist have fallen!

Liberal journo Glenn Thrush, one of those “feminist” men speaking as if they live din the Seventies, is now suspended at the NYT because of several allegations come out during his activities mainly at Politico. This is, by the way, the same guy who was caught by Wikileakes asking John Podesta for approval of what he publisehd about the Clinton campaign.

Turns out, however, these liberal (slut) journos aren’t so “feminist” after all. What Thrush (aka Trash) describes as:

“What I need to be is more understanding of the power dynamics in casual situations.”

actually means “I will not hesitate in putting my hands on female journalists, trusting that I will get away with it because I am a powerful journalist no one wants to have as an enemy”.

This happens only days after Senator Al “Frankenstein” Franken, another hero of feminist causes, was caught not with allegations, but with an extremely lewd, obscene, utterly disgusting, cowardly photo of himself groping a woman in her sleep.

What’s wrong with these liberals?

(Do you think Senator McConnell demanded that Franken resigns? No. ‘Course not)

The post Weinsteingate events are becoming very amusing, as we see leftists of all shades coming to term with the fact that the worst bastards are actually on their side.

Manliness respects women. These sneaky bastards, who are not manly, pose as “feminists” in order to abuse them.

Can’t say liberal women don’t deserve these manlets, though. Their feminism leads them to the rejection of sane masculinity. Then they end up with the sneaky bastard groping them under the table, under the implied threat of career damage if they don’t shut up.

Liberal karma truly is a bitch.