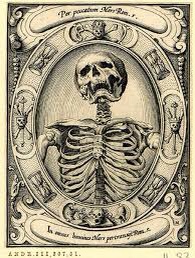 The former Labour heavyweight (and separated wife of a lawyer implicated in Silvio Berlusconi sordid dealings, I do not even remember which now) Tessa Jowell has gone on TV, with an obviously advanced case of brain cancer, and has said what leftists like her to say in these things: we must spend even more taxpayer money in the failed, monstrous, Soviet-Style, abortion factory of the NHS system (and by the way, I am now off to Germany, where things are done properly).

The usual rubbish of the Secular Kingdom followed: everyone praises her “courage”, and her “I am not afraid” is now widely publicised as if it were something different from the usual political stunt and a self-aggrandisement every politician seeks with her last breath, particularly if she, as clearly is the case for Jowell, does not believe in God. And this, my dear friends, is exactly what is happening here: a widely publicised atheist death fed to the atheist society, which then praises her “I am not afraid” whilst secretly scared Obamaless of death themselves. Forgive me – or not; I don't care – for not participating in this impious spectacle.

Tessa Jowell has not mentioned, to my knowledge, God or her faith with one single word. Her Wikipedia page is silent on the matter, a clear sign that whatever parody of a faith she might have she does not want you to be informed – and her embarrassed – about it. This is also a full-fledged Friend Of Sodom, which alone speaks volumes.

Plus, and as always in the leftist-atheist society, note that it is all and always about her: I want to raise awareness, I want to let you know I am fighting, I am not scared, I show you my devastated face, I ask you to look at me.

Atheists make of themselves their God, and of other people (particularly if they don't know them personally) minor deities of their Humanist Pantheon. The paying public of the Atheist Circus applaud. How offensive to God all this is, how selfish and self-centred and utterly impious, no one dares to remark, because in the Age Of Madness everyone must praise the “courage” of the Socialist godless activist as she dies a godless death in front of her paying public.

I do, and I tell you that Mssss Jowell is just as sadly wrong in dying as she was in living, and seems intentioned to reap the most atrocious, but well-deserved reward of her godless arrogance. She should be afraid all right, Mssss Jowell, and I can't see any trace of the beginning of wisdom in this dying, feminist harridan.

O for one leftist politician with the gut to say “the news of my impending death has forced me to revisit my priorities, and I wish to tell you that I am deeply repentant of my past life and desirous now to do only one thing: die at peace with the Lord and as a help for other faithful, and offering my suffering to Christ Crucified”.

Not holding your breath? 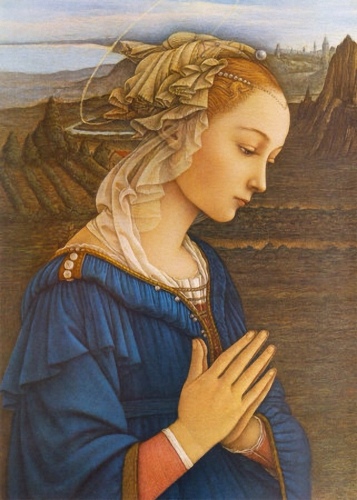 Never celebrated by Google. But Virginia Woolf is....

You see all sort of rubbish celebrated on Google. Earth day and such nonsense. You also see some “minority” religion being “celebrated” (say: Hanukkah, whatever that is…). You see all sort of secular icons also remembered. What you never see is a celebration of the number one religion on earth: Christianity.

Sadly, this mentality leads to the slow erosion not only of religious feeling, but of ethics. The constant celebration – and excuse-making – for all sort of wrong behaviour makes your mainstream reader think less and less about the Four Last Things, and more and more about the “normality” of aberrant behaviour, which is then either justified as heroic or in some way praiseworthy or excused with “mental illness”, another piece of bogus science of our times according to which you can consciously decide to commit the greatest blasphemy of all but somehow it isn't your fault because you were depressed or, you know, very, very sad.

The people at Google know all this. They know it and they promote it, subtly but relentlessly. They celebrate and justify everything but Christianity, and they celebrate particularly those whose live is a testimony against Christianity.

Google is a carrier of anti-Christian germs. Avoid it and try to prefer search engines like DuckDuckGo every time you remember it.

You don't want to be at risk of infection of Google Disease.