There You Go Again! Florida Shooting Exposes The Liberal Hate For Freedoms 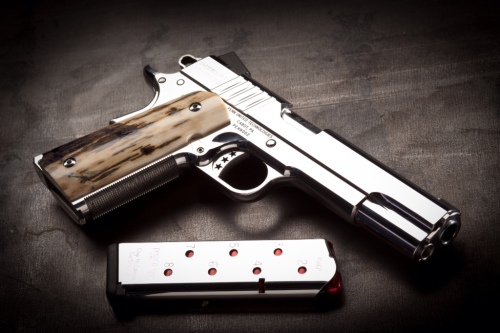 It's becoming repetitive. Every time there is a massacre in some place where the Libtards have decided to make people vulnerable, said Libtards blame sane, freedom-loving Americans for the dead.

They appear – being Libtards – unable to notice that these massacres almost always happen in so-called “gun free zones”. If you are bent on making a massacre, where will you execute it: in a place where everyone could have a concealed weapon and kill you on the spot, or in a place where you know you will be able to butcher people at your ease?

Try to explain it to Fauxcahontas or Nancy “Botox” Pelosi, though.

Still, my main argument for the second amendment is that the debate should never be about safety, because safety must never go at the expense of fundamental freedoms. The freedom – nay: the sacred duty – to protect yourself and those you love, and the freedom – yep: another sacred duty – to protect yourself from a tyrannical government would (cough) trump every consideration of alleged safety even if there were some merit in them, for which there is no evidence.

Granted, in Europe there are fewer of these massacres. But note this:

1. They happen anyway, with the difference that when Muslim terrorists enter a restaurant or a concert hall they can massacre everyone at ease, safe in the knowledge that the customers of the establishment will not be armed. How pleasant must it be, to be slowly butchered together with all other restaurant guests because you have decided that you will leave it to the police to try to save your life.

2. They happen even in schools, just like in the USA, as happened in extremely gun-controlled Germany in 2005. The bad guy will always get to guns and ammos. The good guys will be slaughtered like lambs. Welcome to gun control land (and yes, every “gun free zone” is gun control land).

3. Security bought at the price of freedom is never an argument. Actually, it is an argument in favour of a Nazi regime. A regime which disarmed their citizen at the very start, but also made the Country extremely safe. If this is the security you want, you must be a Libtard.

Another massacre, another day or two of inordinate Libtard screaming, and, I think, another defeat for gun control.

America has woken up, and it is becoming great again. I am confident that the American people will not buy the liberal rubbish about to be dished to them.

The march for this particular freedom is not, however, completed, and much is still to be accomplished. For example, every indiscriminate, generalised limitation to gun control like the existence of “gun free zones” not only endangers those who operate inside of them, but makes it far more difficult for normal citizen (say: a school teacher, or a student, or a student's parent travelling with public transport) to exercise their sacrosanct rights.

The madness of the second amendment debate is not the freedom it entails, but the attempt to limit it of the very, very illiberal, freedom-hating soi-disant “liberals”. The amendment does not invite for any sort of debate, and it is formulated in willingly brutal terms.

The debate comes exclusively from the enemies of freedom.

‘Umble Paedoabetter Pretends Nothing Has Happened 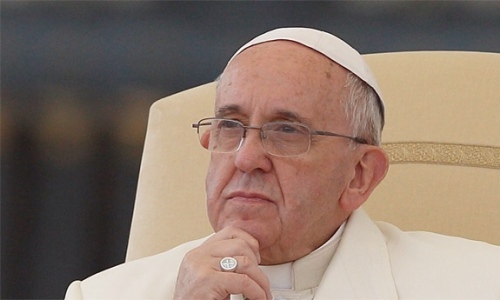 Hhhmmm... Perhaps if I keep pretending nothing has happened they will forget?

'Unble Paedoabetter Francis pretends the world has not noticed what a piece of Obama he is and keeps lecturing us about opening our hearts and such like saccharine nonsense.

I am not buying it.

This guy has now irretrievably compromised himself and the only think he deserves is to be covered in righteous mud until he either resigns and hillaries off to Argentina – provided they want him; there might be some hut free in the midst of his curas villeros – or else kicks the bucket and goes wherever the Lord's Justice has decreed fitting for him.

It is bad enough to have a man engaging in a shameless cover-up of child abuse to protect his friends.

It is even worse to see the same man lecturing us about how we should become more like him.

May your days be short, Mao-Tse-Francis. And whilst I really wish you salvation with all my heart, I can't avoid thinking that there is a very deep, extremely stinky, excruciatingly hot hole being dug in hell as I write this, just for you.