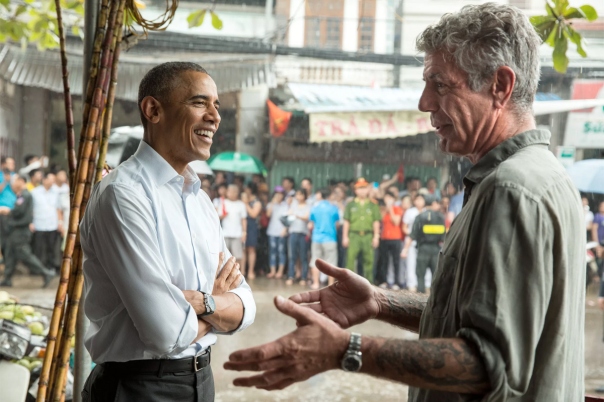 Some information starts to emerge a couple of days after Anthony Bourdain’s not-so-unexpected suicide. The information available shows, once again, the cognitive dissonance and, unavoidably, the painful life of the average Liberal.

A conservative man is not ashamed, much less scared, of being a man. He does not apologise for wanting the woman he loves for himself. He will claim his right over her, and will leave her in no doubt that he expects, from her, the same sentiment of belonging to him, completely.

This is much more than love as a sentiment. It is, here, the extremely deep call of masculinity that is at play. The male needs, instinctively and biologically, to be sure that he is the father of his offspring. The feminine female needs, and desires, to give him this security, and revels in it. She belongs to him entirely. He is Lord and Master of her body and of her heart. She receives his lifelong commitment in the form of a god-given institution that is, to her, triumph and protection at the same time: marriage.

Liberal males don’t get absolutely anything of all this, and destroy their lives – at times, physically – as a result. They are emasculated and afraid of staking their claim of masculine dominance, and end up considering such a thinking oppressive. They reject not only the “bourgeois” institution of marriage, but the very concept of mutual lifelong commitment, even of fidelity of their own female companion! If their “girlfriend” is a “free spirit” (to you and me: a slut) who are they to judge?

Mind: manly men like sluts a lot… for the limited and very sinful purposes they inspire in them. But this is where it ends. Manly men do not fall in love with sluts, ever. The very idea runs so contrary to their genetic imperative of male dominance and assurance of offspring, that it is revolting to their very innards. For this reason, among real men the male falling in love with an easy woman, and so much more the man accepting of her promiscuity, has always been considered the most pathetic, emasculated, un-manly form of bottom-dwelling loser imaginable. From the very fact that that man fell in love with an unworthy female you know that he is not, and never was, a real man. This is something that runs so deep in a man that, among men, it does not need explanation. This is also why the jealousy of other women for the slut is so inconceivable to the (manly) male mind: if a woman could live in their mind for only one second, any such fear would be dispelled forever!

Such a half man chooses to deny, for reasons of political correctness or general stupidity and weakness, the very essence of his masculinity. His brain will work very hard to make him accept the unacceptable, but in the end his very nature will demand that he pays a horrible price for the willed castration of his own masculinity; because not even a weak man can escape the pain and suffering of the betrayal of what he was born to be.

We are informed that Bourdain was very, very much in love with a woman in an “open relationship” with him. It must have been, literally, liberal hell. A cognitive dissonance of astonishing proportion, that only a weak half-man can I do not say endure, but imagine. Leftists not only endure it; they accept it, and try to rationalise it in some stupidly feminist way.

Imagine Bourdain hanging in his hotel room; lifeless, turned ashen grey, his face disfigured by the spasm of the last fight of his body against his mind. Imagine the pain end the suffering that must have dwelled in that head, before the entire body succumbed to it.

That, my friends, is what a feminist looks like. 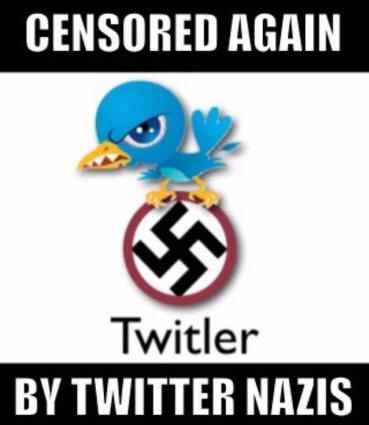 This truly is a glimpse in the XXI Century: Twitter CEO eats at Chick-Fil-A and obviously likes it, tweeting about the fact. He is submerged by a tidal wave of angry people accusing him of all kind of evil (the obviously white woman complaining that he has tweeted about a Christian company during Ramadan and during sodomite month certainly takes the biscuit). The man, a dyed-in-the-wool liberal of suspicious sexual orientation, apologises for having forgotten that this is a Christian company.

Let us forget the stupidity of the answering bigots. Let us reflect that this man has an enormous amount of influence and an unprecedented amount of control about which kind of information is spreaded worldwide in a matter of minutes. The very open, casual way in which he describes his relationship with Christianity is evidence #3473 of the mentality informing Twitter’s alleged neutrality . These people are as neutral as Stalin, but Stalin did not control one of a handful of channels of global communication.

Twitter must be broken up. The danger these people represent for the freedom of the entire West is very far from being adequately appreciated. It is time for alternative communication outlets to call for the breaking up of all globally operating social media companies starting from Twitter and Facebook and arriving at Google via YouTube.

A handful of companies gives the tone on worldwide communication. Never have we witnessed such a danger for the free flow of information in the West.

Break Twitter up, President Trump. Together with Facebook, Google and Yahoo. They are a far bigger danger to Western freedoms that even North Korea (and congratulations, by the way….).