Bring It On!! Pope Francis The Heretic vs Warrior Ants. 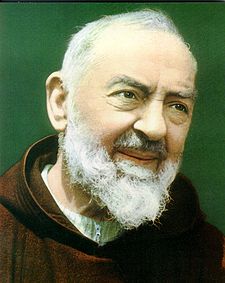 Prepare yourself for all sorts of people claiming that Pope Francis The Heretic has now “changed doctrine” on Capital Punishment, or even “abolished” it.

It is here, my dear readers, that the Warrior Ants enter the scene.

We must constantly, relentlessly insist on the simplest Catholic truth: that Truth cannot be changed.

We, the Warrior Ants, need to insist on this day in and day out. In the family, in the office, with our friends, on social media, on Internet fora, everywhere. We must be ready to face conflict and mockery. We must be extremely assertive and as hard as granite. We must be a rock for Christ in the midst of crumbling worlds. Be tough. Lose friends. Keep praying for them.

God works in mysterious and not-so-mysterious ways. It is intuitively evident, and obvious from the real life observations I have made during many years, that even one unexpected, strong, unapologetic defense of Catholic Truth in a heated discussion is bound to cause a profound impression in intelligent and receptive minds. The unexpected wall of granite – nay: very often, the discovery of the very existence of such a wall of granite as proper Catholicism – will get deep into the consciousness of such minds. It might be buried there, perhaps for a long time. But it will still linger deep in their mind, ready to emerge when a shocking event, a bereavement, or another Providential occurrence “triggers” it into life. Then it may happen that people who don’t remember your name remember your faith, and that wall of granite; because God is wonderful like that.

We do not fight this battle to win it today. The battle is won already. We are merely given the beautiful chance to cooperate with God’s Grace by taking part in this already won battle.

Join the battle! It is glorious to have an extremely small part in it as a humble warrior ant, and it is miserable to be a tool of Satan like Cardinal Cupich, or Pope Francis The Heretic.

We win. They lose. That’s all you need to know to enter the battle.