← #LockThemUp #Vigano’
Fake Stories: Is The Vatican Murking The Waters? →

Homopaedo Feeding Frenzy: Instructions For Use 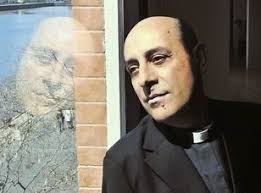 The Homopaedogate should really become a feeding frenzy, at least if we had some journalistic integrity remained here and there.

It should be, at this point, like fishing in a barrel: how many bishops and Cardinals, how many Vatican Monsignors have been disseminating evidence of their behaviour in the last years, certain or impunity? How many “saunas” around the Vatican (apparently there are several of those: market economy at work…) have “secrets” that can be very easily unlocked? How many Vigano’ situations have happened in the past? In the modern world, written communication is everywhere in paper or electronic form, and no intelligence agency can manage (provided at the Vatican they even cared) to destroy all of it, including all email communications.

Then there is all the stuff that must have emerged outside of Catholic channels: say, investigations about other matters that chanced to involve a homo priest, of journalistic research let die because not explosive enough.

Then there is all the stuff that can be easily unearthed by talking to decent people who knew about situations and rumours and can put one in the right direction.

This should be a turkey shooting by now; and perhaps the shooting has already started, and we are merely waiting for the couple of days or weeks necessary to deliver a neat package.

I am pretty sure more will emerge. If you think of this, a Vatican that dares to employ a Father James Martin in the light of day must have so much rubbish going on in the dark that it is hard to even imagine it.

Come on, decent investigative journalists still remaining: this does not seem to be rocket science at all.

Posted on September 3, 2018, in Traditional Catholicism. Bookmark the permalink. 2 Comments.