← The Novus Ordo And Us
The Second Lockdown →

Shut Up Or Man Up, Or: Why Some Are Presidents And Most Others Aren’t. 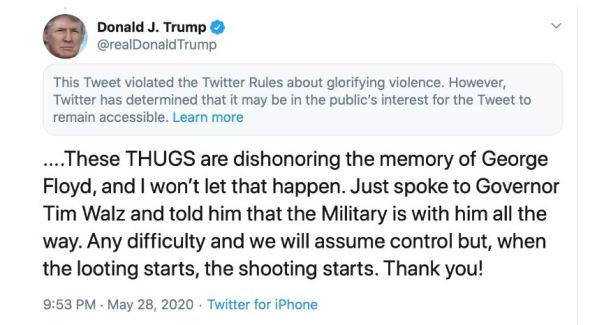 Once again, an allegedly conservative person refuses to man up and, faced with opposition, thinks that the smart thing to do is resigning.

This is, admittedly, only the mayor of a 2,000 inhabitants Alabama town. But his weakness of character and lack of attributes can be seen everywhere these days, particularly in the deafening silence of those (bar Trump, as always) who have a clear duty to speak.

This Mayor, who is not an important Congressman or Senator, did not have to speak about the Crimson Tide’s (stupid and totally reprehensible) video. But once he did speak, one would expect he would not fold like that. We are at the point where you resign because some people are angry at you. It’s as if being liked by everybody would be a defining feature of a local conservative politician.

Meanwhile, Mayors of much bigger cities like Seattle, Portland, Atlanta, Baltimore, or New York make a pig’s breakfast of their own cities and not only do not resign, but counterreact with more easy demagoguery, like having Black Lives Matter painted, at your expenses, on walls and roads. They don’t care how they look in the eyes of the silent majority. The silent majority will have to suck it up, because these major are on the side of the violent and bullying minority, which is the safest corner right now.

This needs to stop. Timid Facebook posts followed by prompt resignation, or apologies, or both need to leave place to either shutting up first or manning up later. You don’t need to be liked by everybody, but you need to show that you have integrity, courage and the guts to stay by what you have stated. Even as the Mayor of a 2000 small village, you have the duty to be an example.

Do you realise, now, why he is the President and most others aren’t?

← The Novus Ordo And Us
The Second Lockdown →

Leave a reply. Please be concise and to the point. Cancel reply

This site uses Akismet to reduce spam. Learn how your comment data is processed.