Show your Willy to my kids, get rekt 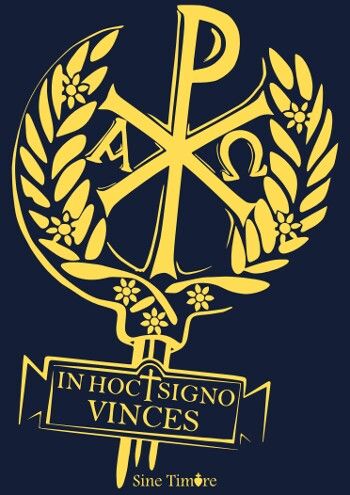 Archbishop Gullickson is reported to say that the Pandemic (better: the nannying craziness that attached itself to it) could be fatal to the Novus Ordo.

I am not as optimistic as he is, and I do not think that the Vetus Ordo will replace the Mass of The Guitars anytime soon. For that, we would need a number of Tridentine Mass opportunities that we still do not have.

However, I think it is safe to say that this Pandemic-Nanny-Craze has caused some long-term effect that will stay with us a while, and might have a very beneficial effect for the Church. Let us see them in detail.

First: an inordinate number of Catholics have discovered that our Bishops have no faith. They have seen  that Christ, the Eucharist, and the Mass do not play any real role in their lives, apart from giving them an excuse to scrounge a very privileged (or worse) living. The faithful have become aware that these Bishops do not serve Christ, but are fully sold to the world, and would do everything that make them look good with the world. I suspect that this crazy enthusiasm for nanny-behaviour is because a number of them would, actually, like to be women, but I have no sufficient statistical data to prove this. Still, the spectacle of hundreds of bishops behaving like old, controlling, acid spinsters has been noticed around the world. This will have consequences in the way they are perceived by their flock in the years to come.

Secondly: the Internet is a great thing. Once deprived of the actual Mass, millions went on the Internet to find at least a virtual one. Low and behold, countless people discovered in this way the beauty and majesty of the Old Rite, which they would not have discovered otherwise. Oh, the irony! God does have a sublime sense of humour.

The sum total of the two facts will amount to this: more and more faithful will start to wonder, and to ask around more or less loudly, who these people are, who seem to think that their job is to keep their sheep away from what is important (the Mass, and the beauty of the TLM), and focused on what politicians say we should all do; and whether they are worthy of the task assigned to them or should not, for the sake of everyone involved, resign and go to back to some obscure parish, whilst actual Catholics are appointed Bishops in their stead.

Most Bishops have outed themselves as unmitigated cowards, hirelings of the secular governments and, in a word, frauds. A number of Catholics have opened their eyes to this; more will hopefully do so in the future, when the Bishops reopen the churches and, first thing, ask for money after deciding that the submissive, unquestioning, cowardly compliance with some government Diktat is more important than the Mass.

“Please help me to deprive you of the Mass again, with whatever excuse, next time” is not going to be a great fundraising slogan.

And in fact, it is difficult to see with what face will a Bishop dare to show himself to his sheep again, all over the Catholic planet. It will be like the deserter coming back to his native village, mumbling something about “peace”, and asking to be given a job as comptroller now that the war has ended.

The majority of Catholics will, I am afraid, side with the deserters. But a growing number of people, who have also discovered the beauty of the Tridentine Mass because of his desertion, will have no time for such people. They will direct their resources to those (Traditional) organisations who are really Catholic, and ask the Bishop to think for himself what he has to do (beside resigning, which would still be the best move) to regain the trust of his sheep; which, if he does not want to do, he can seriously take a hike.

If enough people do this, one of two things will happen:

1) the evil bishops close churches in retaliation to the evil, evil Catholics demanding that their bishops act like ones. There is no obligation to Mass attendance if the distance is unreasonable, and actually our Bishops have told us that there is no obligation to Mass attendance whenever they decide it looks good to say so. Therefore, the devout Catholic will then be free to watch his proper Mass on the Internet without any fault on his part. In the meantime, the Traditionalist orders will thrive and the effeminate, V II, nu-church will rot. Praise the Lord!

2) The evil bishops understand that something must be done, and the TLM is re-instituted in many corners in order to appease these pesky Catholic donors, and avoid a mass exodus to the SSPX-cum-virtual-mass after they have closed enough parish churches.

Let us wait and see.

Who knows: something good might come even from the most egregious defection of the Bishops since Diocletian (sans the violence).

God does have a great sense of humour.