Firstly a short premise: I do not approve of Sedevacantism. Sedevacantist comments are not allowed. If I see that your comments aim at pushing – overtly or covertly – a Sedevacantist agenda, you will be banned. Some have already tested me in that and you do not read their comments anymore, so there. In these things, one must be a Fascist. Yours Truly does Fascism well.

Having said that, some Sedes have quality sites, to which I link as little as I can, but at times I think are worth linking to.

One of these is Novus Ordo Watch; who, it must be said, make an admirable work (if from the wrong premise) of collection and exposure of Bergoglio’s madness. I am sure many of their readers are not Sedevacantists, and visit the site because of the quality of the content itself.

This time they have some very interesting content from Alessandro Gnocchi, the writing partner of the late Mario Palmaro. Gnocchi writes a comment in response to a reader, and this comment developed to a kind of article in itself.

Your humble correspondent identifies almost completely in what Gnocchi says, with only two small observations:

1. It can be misleading to say that “we cannot say” whether Bergoglio is Pope or not. Bergoglio is the Pope, period. What I think Gnocchi wanted to say is that we are nobody to start questioning the legitimacy of the one whom the Church considers the Pope.

2. I do know why we are being punished with Bergoglio, and Gnocchi says as much implicitly when he says in Bergoglio the (earthly) Church has the Pope she deserves. We are being punished for our sins of arrogance and rebellion to Truth. As I have already stated, it is as if the Lord would ram down our throat a big quantity of the very excrements we thought would be wholesome in smaller doses. If you liked V II, why, you must love Bergoglio!

Please click the site, enjoy the article, and do not be influenced by the Sedevacantist argument.

V II stated, in a way, the principle that Catholic drugs are fine, thinking that this would be limited to the marijuana as everything else was unthinkable. Then a Pope comes who has lived his entire life in this marijuana-filled atmosphere and reasons that hey, we must take this seriously here: if drugs are fine, then… drugs are fine. What follows is injections of heroin like it’s Catholic Junkie Day.

Bergoglio is recognisable as a Catholic only when he reads statements written by Catholics. He himself is as much Catholic as my cat. Can a Pope be as bad as that? Of course he can! Many have certainly become Pope who were atheists in every cell. The Holy Ghost does not assure that the Pope will have fear of the Lord, or believe in Him.

Gnocchi is also right in the disastrous Ratzinger attitude, and in saying that another Ratzinger would, at this point, not stop the decline and decomposition at all.

The day Benedict dies, I do not think he will have to fear for having resigned. But he must live with the fear of being punished for the way he has wasted eight years of Pontificate thinking that a varnish of orthodoxy and Summorum Pontificum would be enough, whilst he proceeded to the most atrocious appointments to please the Modernist crowd around him.

Excellent Gnocchi For Your Catholic Hunger 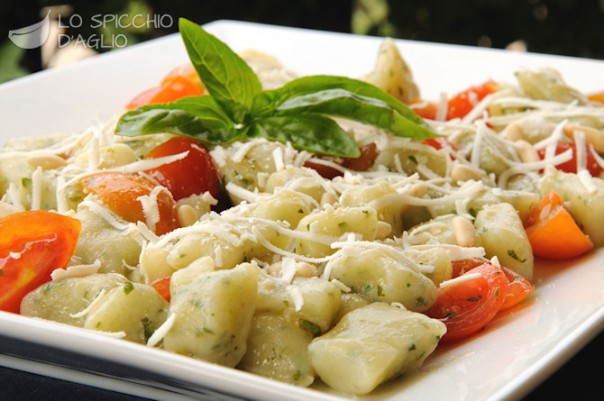 “Will God accept being put to the side like a useless toy for much longer?”

These are the last, ominous words of a beautiful article appeared in Riscossa Cristiana, and beautifully translated courtesy of Francesca Romana at Rorate Caeli.

I invite you to follow the link and to read there the entire article.

You will find, there, several other ominous statements. The most beautiful is from Alessandro Gnocchi, the writing partner of the late Mario Palmaro:

“We will find ourselves more and more faced with someone who professes to speak to us in the name of God by telling us that we have no need of Him.”

Gnocchi is right. But I do not want to spoil the fun. Enjoy Marco Bongi’s explanation of why this is the case.

Our clergymen have forgotten God. They worship the world and, ultimately, themselves.

It will all end up in tears. Theirs.

I am informed that Mario Palmaro has died.

I have written about his and his colleague Alessandro Gnocchi’s brave stance for Catholicism.

At that point Palmaro, born 1968, was already very ill. You will remember that Francis called him on the phone.

Mario Palmaro wrote a long, stellar article in January for the Nuova Bussola Quotidiana. Those of you who speak Spanish might be able to navigate through the article. [edit: Rorate Caeli had published a translation].  If memory serves, I did not comment on it because, notwithstanding having so many interesting ideas, it was closely linked with the Italian political landscape and made rich use of Italian imagery (football, or soccer, Coverciano and the like).

The entire article is absolutely excellent, but the worry of the father of a child of seven in a country now openly gradually “opening” to sodomy is very moving; particularly so, when coming from a man knowing he will soon not be able to make his best to provide for the necessary guidance. Obviously, Palmaro would not mention his impending death.

Let me mention and translate only one of the many stellar statements of this article: as some of you will know (now, but probably not back in January) Matteo Renzi is the rising Star of the Italian politics, and has just become the Primo Ministro.

“Do you understand, dear Editor? Soon they will take my seven years old child at school and they will make him play with condoms and his own genitals, and what does the Church talk to me about? Of the boats sinking in Lampedusa, of Jesus who was a refugee, of an obscure Jesuit of the XVII Century just beatified. No, my problem is not Matteo Renzi.

I have found the article and now link to it to its entirety as a small tribute to this great Catholic.

He is now at the end of his battle. I am against the canonisation of the dead, so I will not give you any of that sugary stuff. Let me say that from what I have learnt of him, I would sign any time for his same chances of making it to Heaven, and would consider it a great privilege and a great improvement of my own chances to be allowed to do so.

Please pray for him, his family, and his little child.