There Is Only One Church 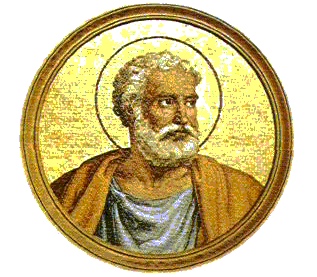 When the news of the election of Pope Francis was announced, among the many dismayed commenters on Rorate Caeli and elsewhere there were one or two Anglicans reasoning along the lines of “I was thinking about conversion, but now that (put here your favourite peeve) I cannot see any reason for that”.

Well I cannot, either, then such a conversion would have been a very wrong one indeed. What some Protestants seem not to understand is that the conversion to Catholicism is not just like one of those change of denominations many Protestants seem not to have any problem with; rather, it is a definitive choice, and a choice dealing with absolutes that do not change with the Pope of the day.

To choose Catholicism means to believe and profess that there is only one Church, the one Christ founded on Peter and over which the gates of Hell will never prevail. It is a fundamental choice between Truth and Lie, Orthodoxy and Heresy, Right and Wrong. Whether the Pope is good or bad, liturgically savvy or challenged, a lover of beauty and tradition or a shocking philistine, or even orthodox or heretic is neither here nor there.

When a new Pope is elected, Catholics do not make a new decision whether they want to continue to be Catholic. They believe in One, Holy, Catholic and Apostolic Church, not in one, pious, orthodox, and intelligent Pope. Popes come in the most various flavours; some of the flavours historically smelled awfully, and will undoubtedly continue to do so.

When one joins the Church he gets a deal for eternity, not a time contract valid until further notice. What is required from him is a commitment for life, not an approval based on contingent circumstances.

Popes come and go. The Church will stay forever.

Comments Off on There Is Only One Church

“This Garbage Has Got To Stop”. A Michael Voris Video.

Brilliant post of Michael Voris about a strange, but probably not so unusual experience in Ireland. In this once most Catholic of countries, a non-baptised non-believer starts to see the light and to have a vague idea that the Church might be right. But in his understandable desire to deepen the matter he is confronted with a solid wall of common places, rather meaningless truisms and desire not to offend anyone (in Italy we call it buonismo, “good-ism”). Even his Catholic friends can’t really help him, because whilst their intention are good, their instruction is bad and they are therefore unable to adequately articulate and explain their faith.

We have here so much of what is going on all over the West: a great desire of spirituality, to which the Church’s shepherds react with such a load of politically correct platitudes that this desire is, to all intents and purposes, negated.

I smile when I hear that the troubles of the Church are due to the fact that society has grown “materialistic”. This utterly ignores the army of people now looking at oriental religions, or at other strange spiritual movements. They do so because the kindergarten, “Dalai Lama-cum-Mandela” Christianity that has been imparted to them was of such self-defeating stupidity that they do not even imagine what beauty and greatness real Christianity has. When your local priest or vicar goes on all day saying the same shallow platitudes you simply lose faith in the ability of the shop to teach anything meaningful to you. When the only value a priest or vicar can impart is the one of “tolerance” and/or “niceness” it is obvious that this person has absolutely nothing to say, and the BBC can easily take his place.

The Church has filled her ranks with inept shepherds unable to transmit the message and meaning of Christianity and, in many cases, probably not even aware of them anymore themselves; the Anglicans and Methodists have done much worse and I doubt whether others, like some Episcopalians, can still be called Christians. As a result, the need for spirituality – which has always been there, and will always be there; even when not properly fostered – has lost itself in a myriad of small creeks rather than finding rest where the Truth lies.

For the last fifty years, the Catholic clergy have done everything possible to blabber the Church out of existence whilst they felt so “hip” and “with it”. The attempt has, predictably, failed, but not without leaving a huge trail of destruction. It is now time to start reconstructing what has been destroyed, and in my eyes the reconstruction must start whence the decadence started: the bishops.

P.s. on a lighter note: the clear attempt of the street cleaner to stop the advancement of Catholicism at 5:00 has been valiantly stopped…

Comments Off on “This Garbage Has Got To Stop”. A Michael Voris Video.

“Pathetic, Weak And Cowardly”: A Portrait Of The UK Catholic Hierarchy 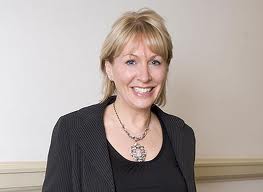 Read on the Catholic Herald the Interview with the Conservative MP Nadine Dorries,, where the latter complains that the “churches” – as she wrongly says, but laissons tomber – have left her absolutely alone in her attempt to reduce the abortion limit to twenty weeks.

Dorries’ words are beautiful and deserve to be repeated in full:

“I need religious support. It is our core support. I need the churches being more involved, and the churches have been pathetic, pathetic, during the abortion debate in their support for what I was trying to do…The only person in the Catholic Church who made any comment was Cardinal O’Brien. Everybody was silent because the churches were weak and cowardly in their position.”

1) we live in a word where a conservative MP complaints that she doesn’t have enough support from religious organisations in matters of abortion. If our grand-grandmothers knew this, they’d wonder what Christianity is this. They’d be right.

2) It is clear from Dorries’ word that she was expecting help most notably from the Catholic (that is: the only) Church, as no one in a sober state can really expect that a shop able to appoint “bishopettes” and to close three eyes in front of homosexuality can be a valid help in the fight against abortion, or in any fight whatsoever.

The funny part of the article is where its author considers it “natural enough” that pro-life groups are “cautious” in supporting pro-life initiatives, because a similar attempt was unsuccessful … in 1987! One truly wonders what people drink in the morning, if a defeat is considered a “natural enough” excuse for inaction for twenty-three years. I thought this was a nation of Empire-Builders, not whining pussycats.

I wonder whether the same journalist would consider “unnatural” that, say, homos lose more than twenty referendums in the US concerning the legal status of those given to such pervert practices ( and I do not mean that they lose most of them: they lose all of them) and still continue to insist not only on the ground, but through homo judges and activists of all kinds, talk all the time about their supposed “human rights” and generally make as much of a mess as they can. I too wish that they’d shut up for twenty-three years after every defeat but hey, that’s not how it works! If you want to get your way you must become vocal, you can’t just retire in a corner for twenty-three years and limit yourself to blabbering innocuous nonsense that doesn’t offend anyone, the job specification is rather the opposite!

Yep, that about sums it up.