Glimpses of sanity in the Archdioceses of Detroit, and at the same time a sign that a Pope can’t change the way the Church thinks overnight.

One of the many faggots (real, or honorary) within the Church, wolves in wolves’ clothes, has an “advocacy” group called “New Ways” which, under pretence of “supporting” perverts, actually encourages them in their perversion. I did not like the tone of the article one bit, therefore no link.

ArchbishopVigneron reacted with a sort of: “new ways? No way!”, and prohibited the faggots (real, or honorary) from meeting in one of his parishes.

The dialectic is interesting: the leader of “New Ways” says there should be “outreach” to “gay Catholics”, as Francis says. The Archbishop doesn’t care a straw, whatever Francis may say.

Ironically, “New Ways” wanted to give its support to a local group, apparently called “Fortunate Families”. Whilst I am not interested in gathering more information about this kind of people, it seems rather clear to me these people consider themselves “fortunate” in having a fag or dyke among them. What was always considered a shame for the entire family involved – besides being a tragedy for the soul – is now something, apparently, celebrated.

Boy, they should move along and enter the Presbyterian so-called “church” down the road.

What do we take home from this? That Francis’ evil propaganda will be exploited by all those who want to poison the church with Satan’s ways, but it will not be easy, because there are an awful lot of bishops around, and an awful lot of them will keep being Catholic (in the very imperfect, compromise-prone, weak V II-catholic way; but still, Catholic) whatever Pope Pothead says.

The Bishop And The Clown 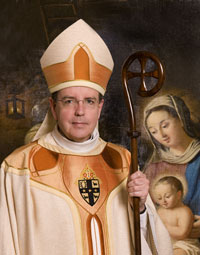 Archbishop Vigneron of Detroit has stated something which I find utterly obvious but that in these troubles is worth shouting from the rooftops: of course a person who says himself a Catholic and goes to Mass but support sexual perversion commits a sacrilege if he attempts to receive communion.

You either side with the Sodomites, or with the exterminating angel. You can’t side with both.

Predictably, a rather well-known idiot of the Diocese, the former auxiliary bishop Gumbleton, being openly heretical, has begged to publicly disagree.

Gumbleton is a troubling – and troubled – personality in more than one ways. A rabid pacifist (pacifism is also not Catholic), the man has in the past been a querulous advocate of “gay rights” even within the Church, and thinks “conscience” is the new religion. He might not be homosexual, but he certainly doesn’t do anything to dispel the impression.

Bishop Emeritus Gumbleton now makes a rather pathetic attempt to move us to tears with the following words:

“Husband, wife, raised seven children, Catholics all their lives, they’re in their eighties now, and the mother says to me, you know I can’t go to communion anymore,” […]  “They’re hurt and she’s crying because we can’t go communion and that means so much to them.”

She is crying, isn’t she? Ah well then…

Seriously, the old woman has all reasons to cry: the tragedy of a son very probably bent for damnation is the first very valid reason, and her not only helping him to go there and actively putting her soul in grave danger is another extremely fitting one.

Does this bother the old woman? Of course not! She cries because she can’t receive communion!

Bishop Gumbleton could have said to her that she were a decent Catholic she could help both her husband and her son by praying that they may learn to accept Catholic truth and live it in their life. Instead, he (the retired bishop) chooses to be accessory to the sin of both.

Interestingly, the simple fact that the old woman is allowed to validly receive communion if she only confesses and accepts Catholic teaching does not seem to be part of the equation, either for the woman or the bishop. Disobedience is a given, its consequences hurt them oh so much. Strange, nicht wahr?

Thankfully, Gumbleton isn’t representative of a US bishop; not even one of the wrong kind.

My former post about Gumbleton (linked above) ended with the following lines:

Bishop Gumbleton should be either laicized or ordered to lock himself in a monastery for the rest of his days to clear his head and to expiate his sins. He needs our prayer but he needs to be severely and publicly punished, too. The times in which Bishops could confuse the minds of the simpler Catholics with their heresies and remain unpunished should now slowly but surely come to an end.

A Prayer to St. Michael the Archangel is surely in order here.

His latest utterances show nothing has changed in him, and therefore also in the validity of the suggestion.

There will be wailing and gnashing of teeth. And being a whining old woman – or a stupid old bishop – isn’t going to help much. 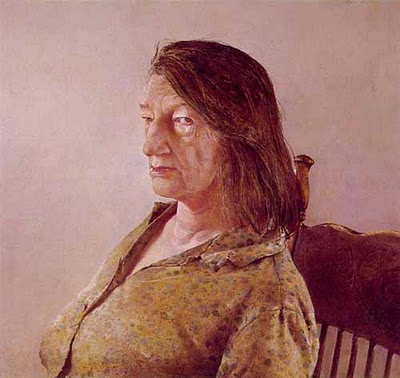 On her way to Detroit

If you don’t know what the American Catholic Council is, don’t worry: you are not alone.

In short, this is one of those ridiculous outfits which claim to be Catholic whilst clearly being Protestant. From thinking that everyone should be priest, to being in favour of wymmyn priest, to encouraging the usual pervert sexual behaviour, they serve you the whole enchilada of the “dissent” madness. You may ask why they don’t become Protestant as they clearly… already are, but intelligence and logical thinking are graces clearly not given to everyone.

It so happens that this mickey-mouse “catholic” organisation holds a conference in Detroit in the next few days, featuring some of the usual heretical muppets. The event will (would; was supposed to) also host an “ecumenical mass”, which considering the ideas of the organisers screams “liturgical abuses” from very, very far away.

Now the local Archbishop is a certain Vigneron; a man who might possibly not be a sword of Catholic orthodoxy (I seem to recall his diocese being pretty harshly criticised by Michael Voris in the past; I might be wrong) but has certainly the energy to avoid tolerating such a load of manure without reaction.

Therefore, Archbishop Vigneron has made the following:

1) he has not authorised the mass, and

2) he has written a letter to his priests and deacons stating that his questions about the mass have not been answered to his satisfaction, that the whole thing screams of liturgical abuse, and that therefore any deacon or priest who should entertain the unealthy thought of participating in this liturgy runs the risk of being dismissed from the clerical state.

I can picture the “dissident” Protestants-telling-themselves-Catholics now faced with the unpleasant reality of even a “moderate” archbishop throwing around threats of laicisation for deluded feminist/homosexual hotheads, and posed in front of the unpleasant task of having to find a priest in good standing but ready to risk the soutane (if he ever wore one) for them or show that the archbishop can well and truly block them.

Alternatively, they may ask some layman to celebrate a fake mass; or some wymmyn; and what about the dog……

I think of their situation and try to feel sorry for them in their quandary.