Comments Off on The “Athanasius Question” Reblog

When People Do Not Get It

You might not know it as a reader, but if you run a blog you can see who links to your blog post: when some visitor of the other blog clicks the link, you get to see from which site your blog post has been clicked. It was in this way that I discovered some excellent sites, and some very stupid ones.

Yesterday I discovered a site of the second kind. I have written a blog post about Athanasius and Archbishop Lefebvre, pointing out that both resisted to the pressure of their time and held fast to Truth because it is the Truth coming from God, immutable and not depending from the “ecumenical” and “inclusive” pressure of the moment. I am not a mother tongue, but I am absolutely sure the dimmest intelligence must have understood, by reading the blog post, that Athanasius’ and Archbishop Lefebvre’ s disobedience was due to the necessity to be loyal to a higher obedience than the one to the Pope – that is, the one to God – and that the Truth of God can be found most clearly and unquestionably  in those teaching that have, being the Truth, never changed (organically develop they can, of course; but changing, they can never do).

Well, exactly this point seems to have been willingly ignored by that poor troubled soul who linked my blog post to his perverted blog explaining that as Athanasius was once seen as heretic and then found to be right, then the homosexualists pretending to be in harmony with Christianity will one day be seen as orthodox too. The only point of my blog post (the existence of an immutable, divinely given Truth unchanged by ages and to be protected even against Catholic authority if needs be) has been not only ignored, but turned into its exact contrary, in a tragic parody of the point I have made.

This is, I reflected, typical of homosexualism: a perverted thinking leads to the self-delusional turning upside down of the most elementary truths, and to a blatant disregard for the most elementary logic. You read blog posts like the one that contained the link to my own one and you understand Satan has these people so firmly in his power, that they would use everything and turn it into its exact opposite just to satisfy their obsession.

This is, of course, not the first time I am confronted with people unable to reason; discussion boards all over the planet are full of them. Still, that even confronted with yours truly’s rather refreshingly blunt writing style they would pretend to understand the exact contrary o what I have written is profoundly disquieting.

Souls are at stake, and Satan is making a big harvest.

May those poor (=stupid), confused souls manage to repent and get to terms with Christianity before they die. 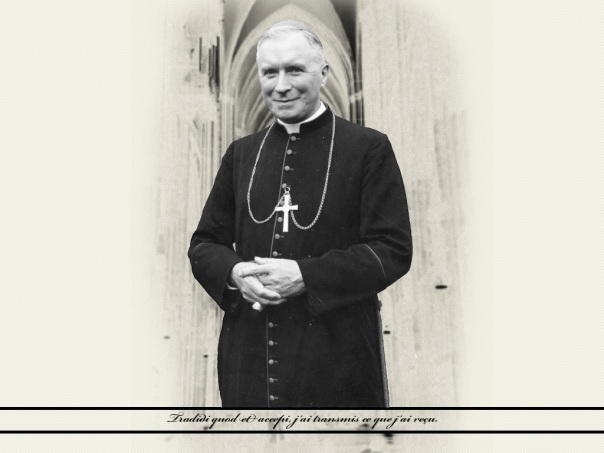 Reading on the Internet here and there one gets the impression the SSPX depends on the Vatican’s goodwill to survive. The reasoning goes along the lines of “the SSPX should take what is offered now, because the Holy Father’s patience is now rapidly depleting, and he is the last chance for them to reach an agreement, after which they will be crushed/declared schismatic/ordered to disband”.

It seems to me this kind of comment is made in ignorance of what the SSPX is all about. Let me explain.

This is not a Sedevacantist position, as the authority of the Pope and his legitimacy in being Pope is not put into question.

But though we, or an angel from heaven, preach a gospel to you besides that which we have preached to you, let him be anathema. (Galatians 1:8)

Paul was an obedient follower of the Pope, but not a silent one, nor was his obedience unconditional, in a kind of blind Fuehrerprinzip. In Galatians we read, referring to the incident in Antioch

But when Cephas was come to Antioch, I withstood him to the face, because he was to be blamed. (Galatians 2:11)

Paul opposed Peter every time he thought it necessary, full knowing the latter’s position. He did so publicly when necessary. It’s not that Peter should have been struck dead by the Holy Ghost. Peter simply happened to be wrong on a couple of issues, and not even angels would have persuaded Paul that hey, he is the Pope so that’s what it’s going to be.

A third episode is the painful story of Athanasius, about which I have written already.

The obvious consequence of this is that the SSPX will give obedience to the Pope in everything possible, but refuse obedience whenever necessary. Not one, or one hundred, excommunications are going to stop them. Not any declaration the Vatican could make that the SSPX are Schismatics, or Muslims, or Buddhists, or cats, or dogs; not any order to disband; not even an angel coming down from Heaven and telling them to, pretty please, accept the Vatican II concept of, say, religious liberty. It’s just not going to happen.

Now, I fully agree that if the SSPX had been an organisation of people merely fantasizing themselves the defenders of orthodoxy, the old excommunication would have wiped them out in just a few years. But the fact is, they truly are the defenders of the orthodoxy! Many people see it, and see that far from being rebellious to the Pope, they are obedient to the Pope in everything, except in those things which not even an Angel could persuade them to do, because it would mean to be disobedient to the very Truth from which the Pope’s authority derives. This is why the SSPX grow and prosper, whilst the V II clergy shrink and become old.

Yes, of course the Vatican is wrong, and the SSPX is right. Peter was wrong, and Paul was right! The Vatican was wrong, and Athanasius was right! It has happened in the past, it will happen in the future. It does not mean we do not owe obedience to the Church and to the Pope, it simply means we must recognise we live in one of those periods in history in which a state of necessity may apply in certain circumstances; but again, it is a state of necessity due to obedience, not rebellion. 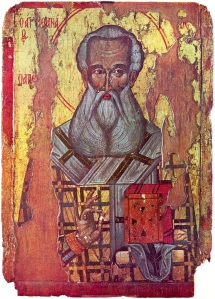 Most of you may already know that the Church has already gone through very troublesome periods. Many of you will be aware that the Arians were probably the biggest challenge the Church had to confront, at least before the challenge of V I I.

What,though, many of you might not know is that even Athanasius, the great champion of Trinitarian orthodoxy, was excommunicated by Pope Liberius, and that the same Pope Liberius actually demanded that his diocese (or perhaps the entire Church, not sure on that but it isn’t so relevant) does not use the Nicene-Constantinopolitan Creed in public worship. In a word, whilst not proclaiming a heretic dogma or denying the Trinity as traditionally intended, Pope Liberius did try – and certainly intended – to silence orthodox Catholic understanding at least in some regions. He did it, we are told, to avoid “fractures” within the Church and to not upset those “good Catholics” who had a, erm, modern understanding of the Trinity and should not feel, erm, antagonised.

Mind, those progressive Catholics thought they had their heart in the right place and were, no doubt, the nicest and most tolerant chaps around. I do not doubt they thought they would, by getting rid of an embarrassing concept like a God-Man who is fully God and fully Man, make Christianity more, erm, relevant. They must have seen our Athanasius as an extremely inflexible, obviously “uncharitable” bloke, bent on slavish adherence to “the past” with no consideration at all for the “new times” and the necessity of being “pastoral”.  No doubt, after the papal excommunication (let us say this again: papal excommunication) most devout Christians thought the good man had now nothing else to do than to bow to the superior rank and wisdom of the Pope and retract his strange fixation with the Trinity properly intended.

Ubi Petrus, and all that…

If you think Athanasius bowed faced with group pressure, think again. If Pope Liberius did, he didn’t.   If you think he was afraid of the excommunication, or fearful for his own soul, I will have to disappoint you again. This saintly man simply knew he was on the side of the Truth the Church had taught from the start, and if an angel had come down asking him to believe different things than those transmitted to us by God through the constant teaching of the Church he would have simply refused.

Fast forward to the XX century. The Church at large adopts strange ideas which, whilst not (mostly) openly heretics, are certainly at variance with what the Church has always taught. The Creed is not abolished, but the sacredness of the Liturgy as such is under a great attack. A very strange (but very convenient) theology concerning religious liberty and the role of the Church is being introduced; mainstays of Catholic theology are “revisited” according to modern sensitivities, with Capital Punishment now largely perceived as intrinsically bad, and war as always wrong. The primacy of the Pope itself is under attack, now practically – if not formally – substituted by a thinking according to which the Pope is there to give some good counsel and wise admonition every now and then, but leaving the real business of governing the Church to his bishops as a body. Concepts like the Kingship of Christ are not officially abolished but willingly forgotten; the same happens with countless traditional devotions like the Rosary, the Litanies or the Vespers; even the Sacraments suffer unprecedented attack, with Confession now seen as an embarrassment by many priests and even the sancta sanctorum of Catholic dogma, Transubstantiation, being factually ignored by a growing number of priests and faithful who, like their Arian ancestors, simply feel too modern and enlightened to believe in such “old” things.

We all know who this brave Archbishop was. Please remember him with affection in your prayers, and ask him to help you in your daily tasks and toils if you think – which would not be surprising at all – that he is in Heaven and can intercede for us wretched sinners fighting not only against the lures of the world, but against a clergy apparently joyously intent in a ceaseless work of self-destruction, and of possible destruction of legal Catholic practice in many Western countries.

To be deep in history is to cease to be a Protestant, Blessed Cardinal John Henry Newman famously said. To be even shallow in Church history is, if you ask me, to cease to be deceived by clericalism or, worse still, papolatry.

The Truth is the Truth is the Truth. We do not adapt the Truth to the thinking of the Clergy, but we measure the work of the Clergy according to its adherence to Truth. Pope Liberius’ mortal spoils have finished decomposing a long time ago, whilst the immortal Truth defended by Athanasius could never die. This our hero never forgot. Several times during the course of his very turbulent life he had to endure exile, humiliation, and physical danger. Never he wavered, knowing he had Truth on his side.

I suggest you remember Athanasius every time you are told the one or other bishop (or Society) must recant or repent or adopt a strange theology because… the Pope says so, perhaps under pain of excommunication.

Athanasius didn’t retract, because he defended the Truth and the Truth is defended against angels, let alone Popes. It is not clear to me why the thinking of the XX Century’s Archbishop or of his followers should be any different than the one of the great saints of the past.

Comments Off on Athanasius And… Marcellus