Perversion is Not The same As High Blood Pressure 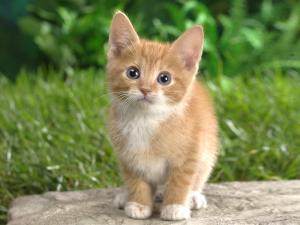 “A lot of people complain and don't tolerate it but with all respect I say that homosexuality is a defective way of manifesting sexuality, because that has a structure and a purpose, which is procreation,” Sebastian told Malaga newspaper Sur.

The interview was published Sunday, a week after the Spaniard was named as one of 19 new cardinals chosen by the pope, to be officially appointed February 22.

“We have a lot of defects in our bodies. I have high blood pressure. Am I going to get angry because they tell me that? It is a defect I have that I have to correct as far as I can,” said Sebastian, who is the archbishop emeritus of the northern city of Pamplona.

These words come from the interview the non-voting soon-to-be Cardinal Aguilar gave a couple of days ago. Predictably, the Gaystapo is having a hissy fit.

Let me make a couple of short observations:

1. Homosexuality is a sexual perversion, not a physical “defect”. To put it on the same plane as high blood pressure (something that can be simply hereditary, and is simply that: a health issue) is to downplay the entire issue atrociously. The way the Cardinal puts it, homosexuality simply “happens”; one “has it” just like he might have high blood pressure. Don't expect many to be impressed by his words. Unless we start to call things with their name, things will never change.

Political correctness has led to such an oblivion of the most elementary rules of Christianity that even those very rare princes of the Church who dare to say something against homosexuality do so in a whisper, not without saying “with all respect” beforehand, and making the most harmless of comparisons.

Meowing never changes anything. Roaring does.