Cupich: How To Keep Churches Closed Whilst Pretending To Open Them 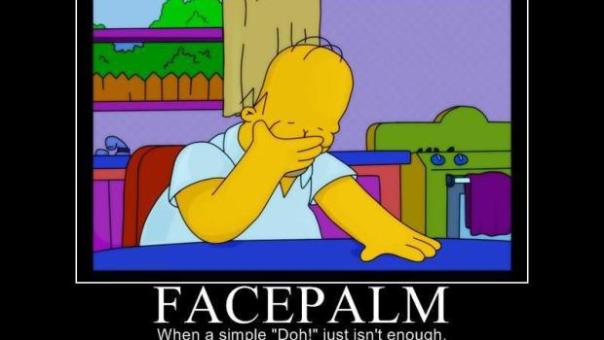 Cardinal Cupich has, as we know, really been outdoing himself. I have read a very good rebuttal to his nonsense.

The linked article is here.

The mean quote is this one:

With the stroke of a pen, Cardinal Cupich has blithely yielded the Authority of the Church and subjugated the primacy of her worship to laws of man which are being successfully challenged by other denominations. In doing so, he replaces what has been heroically defended for thousands of years with the absurd perception that the Mass and the Sacraments are less necessary and more potentially dangerous than grocery stores, gas stations, hardware stores, take-out restaurants, laundries, the postal service, and construction trades,

This states very beautifully what I have maintained in a number of posts: our alleged shepherds have become so sold to the laws of man, so utterly oblivious of the value and, well, sacredness of the Sacraments, that they find the virus a wonderful occasion to show how much they are part of the world, sold to its virtue-signalling, and actually better than us, backward Catholics.

the government is not the one forcing a certification process on our churches. Cardinal Cupich has taken this upon himself,

Unbelievable, but true. Like the gayest fool of all, Cardinal Cupich takes it on himself to go beyond what the local regulations, and his own Bishops’ Conference, state, and decides to embark in a petty tyrant crusade, in order for the world to see how Catholicism-free he has become, and how sold he is to those who hate the Church.

The limit of 10 people to Mass is clearly of Satan. It is just a way to keep the churches factually closed, and the access to the sacraments denied, whilst a flimsy pretence of keeping them, formally, “open” allows to try to avoid criticism.

Well, it makes sense. If you were, say, a Satanist, and were in charge of the decision whether to reopen the churches, but you know that people expect them to be reopened,what would you do? Why, to have a merely symbolic “10 people per Mass” opening would be the perfect answer, wouldn’t it? Mind, I do not say that Cardinal Cupich is, in fact, a satanist. I don’t know whether he is. What I am saying is that he has made a decision that a Satanist would find smart, and conducive to the results he wants to achieve.

Such, my friends, is the state of the Church in the early XXI century. When your Cardinals are so concerned with everything, but Christ and His Church.

Please, dear readers, do not call the chancery and if you do, pay attention how you speak to the switchboard operator on the phone, particularly if she is very saintly.

We do not want to give the Cardinal the excuse for the usual deflection.

You got to be really scared at the attitude of this creepy guy, cardinal Cupich.

His Youtube address to the Muslim community for Ramadan has a grand total of 751 views as I write this (not from yesterday; from the 6th of May), showing that the Mohammedans have really taken to heart his message, avidly linking to it and drinking every word of the guy telling them how to be Muslims as he so eagerly praises them for being infidels; which, we gather, is so beautiful that Catholics want to be with them during Ramadan!

Oh, the depths of spirituality of Christ-denying infidels! I am so moved, so moved! Add me as viewer number 751 to this scandalous broadcast, most offensive to the Most Holy Trinity even as he patronises those who deny it!

Apart from the now usual blasphemy of considering, in a veiled, unspoken but implicit way, Muslims and Christians as worshiping the same God, Cupich just does not want to climb down from his non-existent audience’s backside: his “holy month of Ramadan” is only one of the many expressions of dhimmitude, together with sugary, emotional references to the festive meals with which the Mohammedans interrupt their fast, etc. It truly is an appalling demonstration of condescension and submission at the same time.  Cupich really explains to Muslims how to do things as he waxes lyrical (or at least he tries) about the beautiful spiritual fruits that fasting has on infidels (but he does not say the last part).

This is a professionally packaged video with 751 views (including mine, I think) in more than seven days. It really shows not only the appalling irrelevance of this people, but their boundless vanity as they want to appear in public, forcing their stupid message of blasphemy and apostasy to people utterly disinterested in listening to it!

I do not know how many employees the Archdiocese of Chicago has, but I do not put it past Cupich to have put a dozen of them to click on the video several times to avoid total embarrassment.

A goal which was, of course, not achieved.

This is, in fact, no irony at all.

Cardinal McCarrick, a decade-long homosexual predator, truly deserves the “Spirit of Pope Francis award” given to him by no other than Cardinal Cupich.

McCarrick did what many of these these homo scoundrels do: they go among the poor, spreading money and favours and, in the meantime, looking for uneducated, very poor victims too hungry or too afraid to speak. This is the method of the curas villeros, the priest plunging (I should say: disappearing) into the Argentinian slums in search of easy prey, who so well epitomise this dirty papacy smelling of… shit.

If you have not understood by now that Cupich had to know about the allegations against McCarrick and the payments made to shush his accusers, and that he is clearly part and parcel, and immersed up to his neck, in this system of either homosexual conduct or, at least, homosexual blackmail, you have not been playing attention. How could, otherwise, a newly-minted Cardinal have been do dumb to link his name to a man the Cardinal had to know was unofficially radioactive?

I suspect of homosexuality every priest, Bishop or Cardinal who puts social work at the centre of his “pastoral” activity, and so should you. They do this, certainly, in order to create a diversion from their loss of faith and from their betrayal of the Church, earning th eeasy applause of the world and ready-made career opportunities; but more often than not, they do this in order to find prey among the “dispossessed”.

McCorrick actually was even happy (and dumb enough, in retrospect) to assault his own seminarians instead of going lookin gin the “peripheries”; but this only shows what a scoundrel he is, not that the method does not work, or that he has himself not used it.

Congratulations, Cardinal McCorrick. You truly are an extremely worthy recipient of the “Spirit of Francis” award.

Congratulations, Cardinal Cupich. You are one of the standard bearers of the Church in which the likes of McCorrick thrives for decades, honouring and enabling them and those like them.

We should talk about this “Spirit of Francis award” more.

It is clear that, at the moment, it is all the rage.