Another Example Of Anti-Catholic Bias From The “Telegraph” 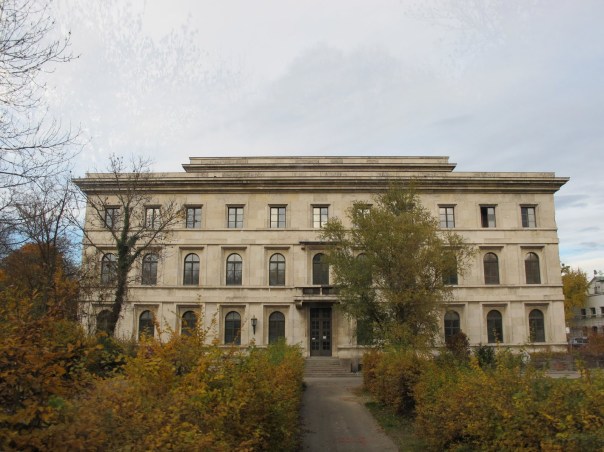 The Daily Telegraph (you will remember, this is the newspaper which calls itself “conservative” but calls homosexuals and sodomites “gay” and puts obscene photos of homos kissing on their internet page, for every child to see) gives us just another example of how not to be a journalist.

As you can see in the link, there are several anti-Catholic messages in this article:

1) the reference to the Nazi-built stadium. Now, not even the “Telegraph”‘s most astonishingly leftist journalist would, I hope, suggest that all public buildings and structures erected by the Nazis (and an awful lot of them there were; if you ask me, mostly extremely beautiful; many survived the war) be destroyed because hey, “they were built by the Nazis”. If this is a logical statement (which it is), it follows that the Olympic Stadium is simply… the Olympic stadium and the fact that it was built by Hitler is, subsequently, neither here nor there. Clearly, though, the desire to put the Pope in contact with whatever smell of Nazism could be found was clearly irresistible.

2) The journalist is good enough to mention the fact that Pope Benedict’s membership of the Hitlerjugend was compulsory, but one wonders what relevance the Pope being drafted (that’s just what it was: you got drafted and you became a member of the Hitlerjugend, there was no other organisation where you could have landed) as millions of Germans of his age has to his travelling to Germany. Once again, the desire to put the Pope in contact with whatever smell of Nazism could be found was clearly irresistible.

3) Just in case you didn’t get the message, among the hundreds of articles about Pope Benedict the “Telegraph” could have linked to, what do our pink heroes choose? But of course! They choose an article with the following title: “Vatican: don’t mention the Pope’s Hitler Youth past”. Think of this, this is a historical papacy which gave us Summorum Pontificum; a visit to England is not many months old, which visit stunned the country for its success and the amount of public participation; also directly related to the British Isles, Anglicanorum Coetibus is another historical step with potentially vast long-term repercussions on the future of Anglicanism. But what do you think the “Daily Homograph” considers worthy of being “related” to the papal visit? Ah, the fact that the Vatican tries to influence journalists about the Pope’s past, of course! Once again, the desire to put the Pope in contact with whatever smell of Nazism could be found was clearly irresistible. , and here a dab of “oppressive and manipulative Vatican” is added for good measure.

4) Then there’s the matter of the Catholics “leaving the Church” in record numbers, which is clearly bollocks. What all these people do is very clearly not stop going to Mass – at least, not because they stop paying – but simply stop paying the “Kirchensteuer”, the infamous “church tax” in place in Germany and in a couple of other countries. This is a typical Protestant construct, a (voluntary but in the past, more or less socially expected) tithe paid directly from one’s wage which leaves the faithful with no control whatsoever as to how much he wants to give, and to whom. This is Castrism, not Christian charity. The result is that Germany has a clergy both extremely well off, and extremely tepidly Catholic. Why should they care? They can abandon themselves to every sort of circus and liberal tomfoolery and the money is there, guaranteed and aplenty….

The system of the “Kirchensteuer” is now clearly going down in flames, as it should. But this doesn’t mean that interest in Catholicism is diminishing, let alone that people are leaving the Church in record numbers. It just means that they are fed up with having to pay a “church tax”, which can only be good for the local church and might, who knows, force some of their priests to convert to Catholicism.

5) Dulcis in fundo, the entire article is, actually, wrong. The news here is that a big venue had been booked for the Papal visit, but this venue had to be abandoned because…. it is not big enough. This means that the attraction of the Pope is beyond the previsions, even considering that this is the travel of a German Pope to his own country.

What about, then, a headline like: “Success of Papal Visit forces change in venue”, or: “Crowds wanting to see Pope Benedict force use of Olympic Stadium”, or: “Papal visit: 40,000 places not enough for Berlin”. Note here that Berlin is historically Protestant and nowadays largely atheist, which makes the news even more noteworthy.

Well, it wasn’t to be. Something had to be found to smear the Holy Father with a dash of Nazism, and downplay the success his visit is very clearly heading to. You can’t tell your readers that this Pope awakens great sympathy even in uber-Liberal Germany so that a big stadium must be used, can you now? No, let us build the article on the “crisis of Catholicism” in Germany and let us paint the Pope with a broad Nazi brush. Let me see, what headline could we use? hmm, yes: “Pope’s Berlin Mass moved to Nazi Olympic Site” will do…

The “Daily Telegraph” is a nest of anti-Catholic hacks, in part motivated by the clear homosexuality to be found among their ranks. It is just that the newspaper being officially “conservative” doesn’t allow them to make an overt anti-Catholic and pro-homo propaganda, and more subtle messages must be sent.