Ann Coulter On Goldwater And Reagan 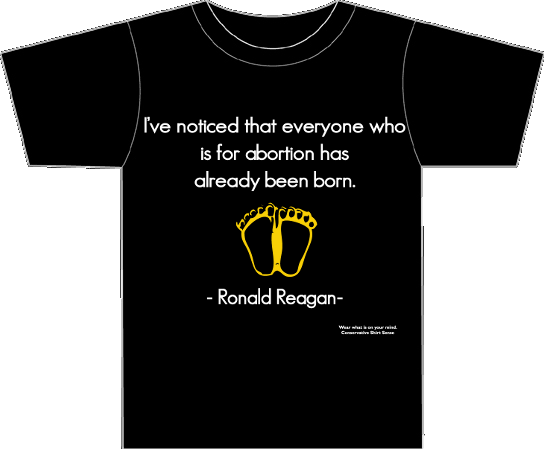 Beautiful post on Ann Coulter’s site comparing Barry Goldwater and Ronald Reagan. Ronald Reagan was launched on the national political scene during Goldwater’s presidential campaign, with the “time for choosing” speech, but Coulter makes a good job of explaining why Reagan surpassed Goldwater and went to triumphal victories not only as Governor but as President, too.
Ann Coulter is witty, vitriolic and highly entertaining. She is also spot on in remembering Ronald Reagan in a time of abortionist Presidents of very dubious Christian beliefs, picking lesbian activists as Supreme Court judge candidates.

Once again, we see the difference ideals make.

Ann Coulter Against The Culture Of Appeasement

Father Z has drawn attention on this Ann Coulter article.

Whilst I do not approve all that she says (and she has been rather a disappointment of late), I think this article is very useful in exposing a spread misconception about the world of Muslim fanatics: that if we appease them and/or do as they want, they’ll miraculously stop being fanatical.

The argument is utterly flawed. If one thinks that Obama Bin Laden didn’t need more than the (invited!) presence of American soldiers in Saudi Arabia to start his unholy and utterly failed “war”, you understand that Islamic rage is a molotov waiting to self-ignite, without any need for excuses. The last complaint is just the last fig leaf for what is their fundamental problem (fanaticism) and the fundamental problem of their religion (a false one; established by a child rapist; encouraging violence and fanaticism).

Let us see some of the most relevant assertions of Ann Coulter:

1) “Gen. Petraeus objected to the Quran-burning protest on the grounds that it could be used by radical jihadists to recruit Muslims to attack Americans.
This is what liberals say whenever we do anything displeasing to the enemy – invade Iraq, hold captured terrorists in Guantanamo, interrogate captured jihadists or publish Muhammad cartoons. Is there a website somewhere listing everything that encourages terrorist recruiting?
If the general’s main objective is to hamper jihadist recruiting, may I respectfully suggest unconditional surrender? Because on his theory, you know what would really kill the terrorists’ recruiting ability? If we adopted Sharia law!”

2) “There have been more terrorist attacks on U.S. soil by these allegedly calmed Muslims in Obama’s first 18 months in office than in the six years under Bush after he invaded Iraq.”

3) “Also, as I recall, there was no Guantanamo, no Afghanistan war and no Iraq war on Sept. 10, 2001. And yet, somehow, Osama bin Ladin had no trouble recruiting back then. Can we retire the “it will help them recruit” argument yet?”

These observations are extremely pertinent. It is rather disturbing, in fact, that nowadays even generals suggest in public that one should do not anything he is free to do in order not to anger fanatics living on the other side of the planet. One can be against or in favour of the burning (brilliantly, Ann Coulter says that she is in favour “mainly because burning Korans will contribute to global warming”) but a general should never make this type of suggestions, whatever the proposed behaviour. This is exactly the contrary of the freedom he is fighting for and Coulter’s observations are very pertinent.

The Monks, The Monastery and the President

Not a Mosque, I'm afraid

I have already written here about the Carmelite monastery in the process of being built in Wyoming.

It would now appear (as reported by Father Z) that there is local opposition to the building of the monastery.

One wonders what the reasons for the opposition can be: too much noise coming from their loud stereos? Disturbances caused by their frequent training sessions with pump guns? The tendency to go on the street to “celebrate their diversity” at every fitting and unfitting occasion?

Why can’t I avoid thinking that if it had been a mosque, President Obama himself would have intervened to defend their right to build? Oh well, this is what happens when people fall in love with “change” without paying attention to what is in the package….

You can follow the link provided by Father Z and participate in the poll (on the right hand side, scrolling down). It would seem that the overwhelming majority of the voters is in favour of the monastery.

It is also pleasing to note that the community has already grown from seven to a good dozen, forty is the target. Once again we see that conservative institutions find a way to grow, whilst Sixty-Eighter nuns complain about pretty much everything whilst waiting for extinction.