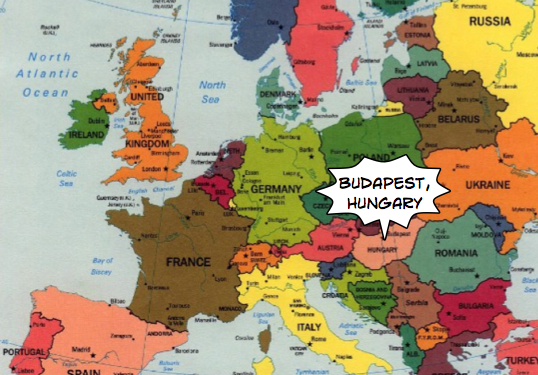 I already admired Hungary for many things: their composers like Liszt and Lehar, their inventors like Rubik and of course the well-known, astonishing beauty of their women (though in that respect I think that they cheat, and put something in the water). I even like their probably most famous liquor, called Unicum and very popular in Germany.

Today (thanks once again to Lux Occulta‘s Shane) I have one more reason to admire this little, but in its way great nation: their new Constitution.

I do not know Magyar, but if the linked translation of a draft (which I assume approved with little modification, as a comfortable majority was available) is anything to go by, this is a fine work indeed. So good in fact, that is has already attracted criticism for being (and I quote) overtly Christian, from which we gather that being overtly Christians is, nowadays, supposed to be bad.

Let us see the salient parts:

1) The subtitle of the constitution is ‘O Lord, blessed be the Hungarian nation’. Can’t imagine a better start.

2) There is a preamble, called “National Avowal of Faith”. I couldn’t believe my eyes. This is a modern nation, giving itself a constitution in 2011 and considering the most important trait of the nation… its faith.

4) “We acknowledge the role Christianity has played in preserving our nation. We respect all our country’s religious traditions”. The Nation is indissolubly linked to Christianity. For the record, Hungary is mixed, but with Catholics the strongest religious group.

5) “We proclaim that the family and the nation provide the fundamental framework for community, in which the pre-eminent values are loyalty, faith and love”. The country itself is based on…. the family. No ethical space for “alternative lifestyles” here.

After some strong tobacco about not recognising the former Communist constitutions, a series of fundamentals follows. I assume that this “fundamentals” will be the key for the interpretation of the text proper.

Feast your eyes with this:

Family is the basis for the survival of the nation. And “family” is, of course, the proper one. Its protection is given at the highest legislative level.

This constitution is also a slap in the face of Brussels’ bullying of Christian values and a clear message that Europe is, and must remain, Christian.

This new constitution is very good news. I wish the Hungarians all the best.