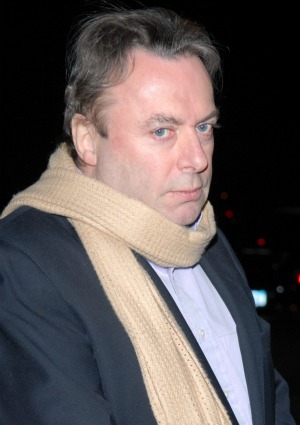 As the news went around the world this morning, the eulogies about Christopher Hitchens began to flood the blogosphere. We were treated to a long series of articles telling us how intelligent, brilliant, abrasive the chap was. Particularly, it appears, when his ready – and brilliant – wit was fuelled by alcohol, which seems to have happened on such a scale as to let old Winnie appear a teetotaler.

As I perused the vast amount of more or less boring, banal bla-bla (a bla-bla whose banality Hitchens would, methinks, have been the first to recognise, and largely reduced to hints of “I got drunk with him”, “I spent entire nights quarrelling with him” and “how oh brilliant I must be if Hitchens considered me worthy of his time”) I couldn’t avoid noticing that no one of the authors I read asked the real question: what has become of Christopher Hitchens?

My answer, dear reader, is the one you imagine: bar a last-minute repentance for which there isn’t really any reasonable hope, and whose possibility we only consider because of the “ways of the Lord”, Christopher Hitchens has now discovered that God is actually infinitely Great, and he is actually infinitely screwed.

If we lived in a Country with half-decent bishops, we would now hear sobering words from our shepherds, warning us of the day of reckoning that will come for all of us as it has come for the freshly deceased; but with the important caveat that whilst the man had months to consider repentance and snatch salvation from the jaws of hell, we might not be given the luxury of such a long notice and might, actually, not be given any notice at all.

I have said many times that if it is true that salvation is infinite, then whatever achievement one may obtain in this life is infinitely small and, if he is not saved, utterly insignificant.

Therefore, today – in the middle of the choir of the champagne-sipping intellectuals dying to letting you know what brilliant minds they are – I allow myself to say that the humble, illiterate peasant in the most isolated, miserable village in Peru, who has lived a life of simple faith and obtained salvation, is infinitely smarter than all those – like, very probably, Christopher Hitchens – who bask in their intelligence and do not get that in the end they are, literally, infinitely stupid.

Whenever you read the next praise of Christopher Hitchens, please remember this: that on the day Hitchens has experienced today many who were thought intelligent will be exposed as stupid, and many who were thought stupid will be revealed as intelligent. On which side Hitchens has very probably landed is, alas, not very difficult to imagine and no amount of feel-good, let-us-be-nice-to-everyone wishful thinking will change the fact that irrespective of how many people go to Hell, if Christianity makes sense at all this was a prime candidate.

Say an eternal rest for him, if you can, nevertheless.

The ways of the Lord, and all that… 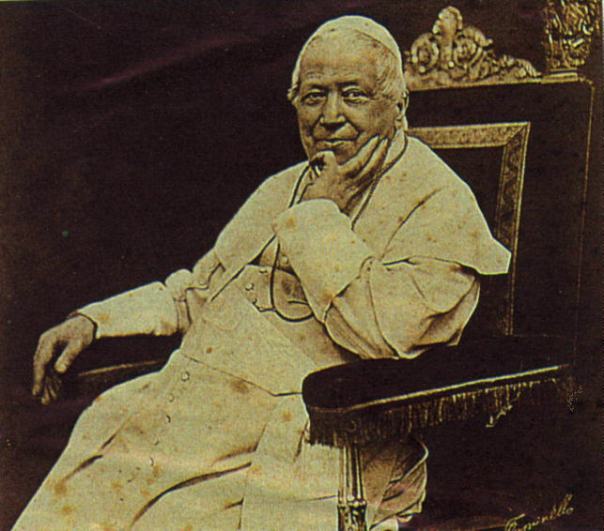 On the upper list of links of this page, under “Catholic vademecum”, you will find a more detailed explanation of Faith in the traditional understanding of the Church.

In times of discussion about “aggressive secularisation”, it is perhaps fitting to repeat a concept or two in reduced form.

The Faith required of every Christian is not a feeling. No atheist can excuse himself by saying that he is very sorry, but he just doesn’t feel the existence of any God; nor can he say that if an omnipotent God existed he could cause him to believe and that would be that, but alas…..

Faith is something we are expected to work towards. To do this, two things are necessary: will and intellect. Without the will to believe we’ll go along believing what we find comfortable to believe; without the intellect we will not be able to grasp the Truth.

God can be “known with certainty by the natural light of human reason” (Vatican I). By reason we discover 1) the historical truth of the existence of Jesus; 2) that this Jesus is, by a great number of prophecies realised in Him, beyond doubt the Messiah the Jews were waiting for; 3) that therefore his claim to be God must perforce be as authentic as His authentically being the Messiah.

The fundamental concept here is twofold:
1) God can be known with certainty, if one cares to do his homework;
2) no one is excused from doing this homework.

“Not believing” is neither here nor there. It is not about “believing” as in “feeling that there is a God”, it is about working on the historical and theological sources, reading the prophesies about the Messiah and register as a matter of pure facts the astonishing number of correspondences between what the Messiah was supposed to be, and what Jesus came to be. Faith is about realising 1) that the Christian Messiah was, uniquely, announced; 2) that when he came he showed that he was the One who had been announced, and that he was God.

Jesus is the only one who proved His identity, who proved that he was the one whom the world was waiting for. No amount of uninformed “but I do not believe in God, so I do not care” can ever go beyond this simple fact.

Faith (in this meaning) is not about angels visiting one and giving him assured proof of the existence of God, nor is it about explosive inner voices shouting until reason gets the message.

Faith is an assent to a truth believed because known from a source one has examined intellectually and has considered beyond doubt. If someone tells me that the Earth rotates around the sun, or that water is made out of hydrogen and oxygen, I believe this pretty much in the same way: I believe the authority on which the assertion rests, because this authority stands the exam of my intellect.

Faith is about doing one’s own homework. As it has to do with eternal salvation, there’s no work more important than this.