The Good In The Bad 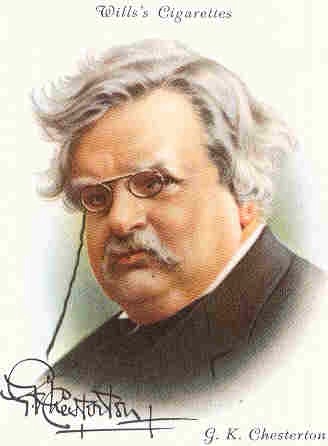 Do you remember all those Proddies who knew Catholicism only by hearsay, and wanted to tell you how Catholicism works? Those who told you about Papolatry, and would not want to grasp the true nature of Papal Infallibility?

I wonder how many of them are being cured.

It must be impossible for a Protestant interested in the faith not to notice what is happening: a general insurgence of orthodox Catholics against the dangers of a wicked Pope. True, the Proddie in question might say to himself that the majority of those who call themselves Catholics sides, for all they know and insofar as they bother to make a conscious choice, with Francis; but the shortest reflection on the situation on his own camp will also persuade him that the ignorant and superficial majority does not in the least stand for what a denomination believes, and if you want to know it you will always have to turn to the orthodox minority, to those who – wrong as they are, of course – really care.

The critic of Papolatry is, therefore, confronted with a new reality: a massive opposition to the Pope exactly among that minority of hardcore Catholics he knows reflect the true stand of Catholicism. He must know – if he thinks about it honestly and without prejudice – that it cannot be that they are straying from Catholicism; rather, he will realise that the Pope is; and they notice it, and say it out loud, and do so out of their care for the salvation of souls; and they do so – as they will discover, when they research it a bit – within and because of the purest, most beautiful Catholic teaching.

The mainstream, “cafeteria” Proddies may think that Francis is “changing the Church”; but the attentive minority will certainly know better, because they will observe mechanisms at work that they well recognise; and will realise that, when you look at things drily, what they always thought of the Catholic Church just isn't happening.

How many among the Proddies have the intellectual honesty to recognise it? Rather few, I am sure. How many among them will start to move in the right direction? Fewer still, no doubt. But every soul has infinite value, and it is just among those Proddies who, actually, deeply care that some of the most brilliant Catholic minds have come: the John Henry Newman, the Ronald Knox, and the G K Chesterton of the world.

It is consoling to me – and, hopefully, to some of you – to think that in the middle of this mess, some Protestants are starting to really think, and to slowly walk in the right direction; and that God in His Mercy is providing for some water lilies to grow and prosper in the sea of mud this papacy has – wickedly building on errors of the past, but certainly pushing the problem into a whole new dimension – created.

As we look in astonishment at the extent of the mess, and must witness the tidal wave of excrements under which Francis is submerging the Church, we must also realise that God turns everything in His own favour, and will use Francis' tsunami of excrements as the dung to further the grow of a new generation of Catholic plants.

It would have been, of course, better if all this had not happened, at least from an earthly perspective; but then, if we look at it soberly we must recognise that a mass rebellion at all levels of clergy and laity could not do anything else than attract a horrible punishment in some form or other. Francis might well be this punishment, or the first instalment thereof. But the same God who put wonderful seeds of faith in the middle of Auschwitz, and caused brilliant Protestant minds to see the light, and baffle Protestants to this day – and who knows how many the Chestertons and Newmans and Knoxes have converted, even after death – will, I am sure, use this test to show to some fine Christian minds the beauty of Catholicism. A beauty that becomes the more resplendent, the more a horrible Pope tries to betray it.

I have already written about Stanford Nutting in the past (try here and here).

This time, we have an added fun factor as our Mr. Nutting debates against… GK Chesterton, who at least to these foreign ears has been even provided with an admirable, very posh English accent.

Enjoy this short video and let us hope that others, hopefully on the GK theme, will follow.