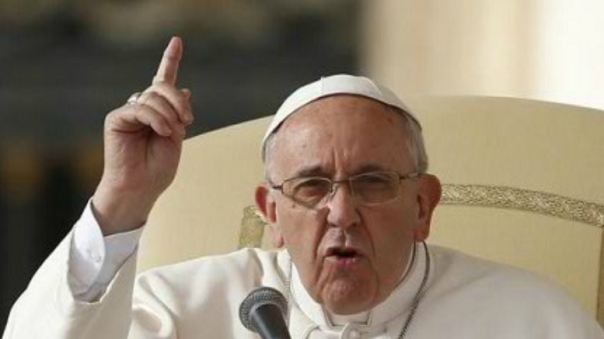 This here is Politico, therefore the entire article is disgustingly biased. However, even Libtards do not manage to escape the contact with facts, at least every now and then.

In this case, the facts are impossible to ignore: Italians simply do not care a straw of what Francis says and thinks, and prefer to follow a man that is, by all his flaws, infinitely more Catholic than him: Matteo Salvini, the Italian Trump, currently Making Italy Great Again.

Francis, being a damn Argentinian Commie, does not get the nature of the Italians, one of whose more evident traits is a robust pragmatism and avoidance of bigotry. The shockingly anti-Catholic message of the Evil Clown has been ignored even before his descent to Pope Francis the Heretic. Now, that there is an extremely stark contrast between political and papal approach, they are clearly choosing sanity and common sense.

The article recognises another important fact: the opposition to Francis and the support for the Lega comes, exactly, from the strata of the population which more closely identify (at least culturally) with Catholicism. This again gives the full measure of Francis’ failure. It is not that he carries the shrinking Catholic part of the Country, but fails to make inroads among the indifferent, the tepid and the Atheists. Quite the contrary is the case!

What a sad destiny for man too stupid to understand that he has broken the toy that the Papacy has put in his hands. Had he been more nuanced, moderate, or “between the lines”, he could have JP IIed through his Pontificate, playing the conservative guy as he sabotaged the Church one little step at a time. But this is not Francis. Francis is too arrogant, too boorish, and too damn stupid to understand simple things.  In the meantime, Salvini has announced the end of the madness of “Parent 1” and “Parent 2”, and is (together with his excellent Family Minister, Fontana) moving against homo adoption. Can’t remember the Pope expressing himself with the same energy and asking the same decisive action. And he is, well, the Pope.

We are now to the point that it is reasonable to state that Francis’ rants actually help Salvini get the Catholic vote.

Yes, this is the Papacy of Francis.

Just as incompetent as a South American military dictatorship. With the addition of sodomy.