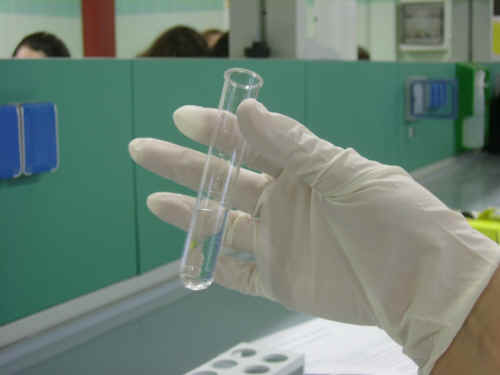 ..and here we see the proud father smiling…

From Bioedge, something as tragically funny as the modern word of “empowered” women’s right is:

A fascinating case is unfolding in Israel pitting a anonymous sperm donor against a woman who demands his sperm. The arguments are worthy of a novel – or at least an afternoon soap opera.

As reported in Haaretz, Galit (not her real name), a 39-year-old single mother living in Florida, has conceived a daughter with the sperm of an Israeli donor. She purchased five more samples and stored them in a sperm bank. However, when she decided to conceive another child, she was told that the man had withdrawn his consent. After a religious conversion he felt remorseful about allowing his sperm to be used by a woman he did not know to conceive a child he did not love.

Galit was outraged at this injustice and launched a lawsuit. Her daughter must have a biological full-sibling, she contends. “It is out of the question for a sperm donor to change his mind,” she told Haaretz. “I planned a family, and then, one fine day, after donating sperm – and who knows how many children he has already – he changes his mind. He changed his way of life, but what about my way of life?”

The High Court of Justice was sympathetic, but supported the sperm donor’s right of autonomy. “One can understand the viewpoint of a person who, after thinking it over, reached the conclusion – which he had not entertained when he decided, for various reasons, to donate sperm – that he does not want children to be born from his sperm, because he did not choose them or their mother, has no ties with them and will not raise them.”

Galit begs to differ. “All through the judgment the justices refer to his feelings, but no one mentioned my feelings. I am a mother raising a daughter alone.” She plans to appeal the ruling.

One would almost feel sympathetic for the struggle of our heroine, the single-mother who complains she is a single mother but wants to be a single mother of two (at taxpayer’s expense, I wonder?), and God forbid her sister should not have a sibling with the same genetic sperm donor. She must be able to tell her sons that they are both the sons of the same man they have never seen. I mean, this is really important. Clearly a human right.

I have tears in my eyes. I’ll have to try to stop laughing…

Think of this: she is bitching with the father of her children without having ever managed to even see him…

“Mom, do Jessica and I have the same father?”

The Madness Of Our Times Or: How To Play With Frozen Embryos

The possible in vitro combinations were innumerable....

We are just trying to overcome the shock of little Zachary, the result of the Sodoma Experiment about which I have written several times in the past days.

In the same league as that episode is a new “experiment” reported by the Daily Mail. In short, a mother whose daughter has been born without ovaries (“Turner syndrome”) is planning (planning, mind, this has not happened yet) to have her own eggs frozen so that her daughter may, one day, use them to have their “own” children through in vitro fertilisation.

The Daily Mail is, thankfully, not the “Telegraph” and they at least care to inform us that “the ethical implications would be immense”. As the Daily Mail itself puts it,

The test-tube baby would be a half-sibling of its birth mother as well as another child of its grandmother. The baby’s father would be fertilising his mother-in-law’s egg. In addition the baby’s aunts and uncles would also be its half-brothers and sisters.

We are clearly already in horror film territory. So much so, that even in politically correct Britain some acquaintances of the lady had the effrontery to tell her – or so she says – that they find the exercise “a bit sick”.

A bit sick. That’s a good one.

As always in these circumstances, the monstrosity of such an in vitro incest is not explored at all. The mother doesn’t seem concerned with it, not in the least. On the contrary, she is on record with the astonishing observation that: “it’s a comfort to know that if she did have a child they would still have part of her own genetic make-up as well, so it would still be a part of her”. This is brilliant and can actually be used to favour the use of her own father’s sperm (or if this is too much, perhaps of an uncle?) in case the young Mackenzie should marry a man (provided she marries a man; as we know, the options are now wider) with impotentia generandi. Hey, they’d have all home made! You do that with the shepherd’s pie too, right?

Fear not (too much), though, because this is apparently all in the planning phase. It would appear that the relevant legislation about the freezing of eggs will not allow the woman to proceed to the experiment for many years. What is breathtaking is that such a feat seems, at least for now, not to be forbidden.

This really tells you everything you need to know about the perversion of the times.

Comments Off on The Madness Of Our Times Or: How To Play With Frozen Embryos 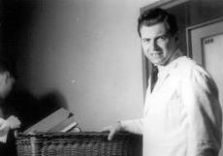 One gets a bit tired of reporting of another escursion into the popular land of heterodoxy from a member of the Catholic clergy; still, oportet ut scandala eveniant and it is at least a consolation to see that whilst members of the clergy do everything possible to pander to the secular mentality, courageous laymen have no problems in telling it straight.

The last example are the contradictory declarations of Mgr. Carrasco, Head of the Pontifical Academy for Life about the recent and controversial announcement of the Nobel Prize for Dr. Edwards, the inventor of in vitro fertilisation.

Mgr. Carrasco appears not to be entirely bad and his official declarations, on several occasions, have struck the right tones; still he seems -like many others – unable to resist the temptation of making compromises with his interlocutor when representing an unpopular position and as a consequence ends up talking nonsense. Let us read his words again :

[Dr. Edwards] “ushered in a new and important chapter in the field of human reproduction in which the best results are visible to everyone, beginning with Louise Brown.”

“New and important chapter?” “Best results?” What is this, Christopher Hitchens talking the Church down? And this, from the Head of the Pontifical Academy for Life? It truly sounds like a spoof, but unfortunately it isn’t…

Thankfully, the Vatican has immediately recognised the blunder and has rapidly corrected the imprudent Monsignor, promptly stating that Carrasco’s declaration was in answer to a journalist’s question (read: he was imprudent and wrong, but without malice) and does not represent the opinion of the Pontifical Academy for Life. I do think that he was the victim of the “agree-itis” so typical of these times; of a mentality in which no one wants to say it straight, lest he appears rude and no one dares to deny some kudos to his opponent, lest he is considered a bigot.

No one? Well, apparently not. It would appear that there are people out there who don’t tarnish their criticism of Dr Edwards with …….. a resounding praise of how good his work was.
The International Federation of Catholic Medical Associations does not leave any merit to Dr. Edwards’ work. They merely recognise as factual the joy given to the misguided parents, but clearly criticise the work of Dr. Warner in itself. No trace of “new and important chapters” here….

Harder still is Lucio Romano, the president of the Italian association Science and Life. Romano’s remarks are extremely damning as whilst he recognises that Edwards was a pioneer of the application of livestock methods to human beings, he also clearly says that this is no progress for humanity, at all.
Basically, what he is saying (though not with such words) is that every Nazi doctor can be said to have been trying to achieve some progress, but he was forgetting an elementary sense of humanity in the process. Dr. Josef Mengele was involved in seminal medical work, too.

None of the statements of the laymen organisations can be called unorthodox in the least. The words of the clergyman in charge of the matter had to be hastily corrected.
These are the times we live in.