The Papal Visit, the New Mass and the Scones. 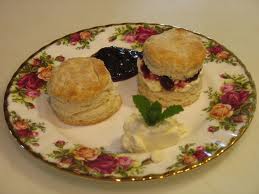 No time to post the text of the new Mass, apparently.....

William Oddie of the Catholic Herald has another interesting contribution about the fact that whilst the US Bishops already have their new text of the NO online, the E&W bishops haven’t posted anything yet.

One could obviously argue that now that the Holy Father is coming everyone is busy preparing sandwiches and brewing tea, so that there is no time to say “we are improving the Mass and here we explain to you how and why”; not even the time to simply post the text and say “this is the new text starting from Advent 2011; enjoy the reading and we’ll explain the modifications in the coming months”.

Why is that, is the rather rhetorical question of the author. The answer is obviously that it is very difficult to make a halfway serious effort to explain the changes introduced by the new version without exposing all the deficiencies of the old one, in which our old Sixty-Eighters had such an emotional (and political) investment. In the US, where by all the problems there are still bishops ready to fight the good fight, the Bishops’ conference naturally reflects this different, mixed attitude but in the UK, where the Magic Circle still dominates the appointments and feels rather strong, this does not happen.

I do not know whether this is supposed to be an additional slap in the face of the Holy Father and I want to assume that before his visit at least the bare text will be available online as an obvious tribute to the man who was the driving force behind it. Still, by the actual crop of bishops one can never know. They’ll blame the scones, I suppose.