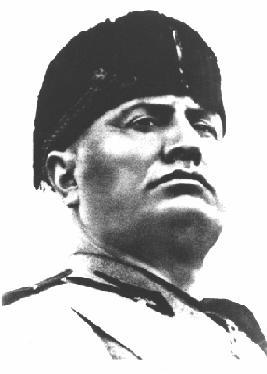 One never ceases to be amazed at what is found in one’s comment box (and I do not divulge my email; because then things would become funny indeed) when one opens a blog. Every reader who has a blog can probably relate.

I wonder at times what motivates people. I do not go around visiting atheist blogs and trying to post there, nor yet trying to get some publicity for my blog; nor do I search for sodomite blogs and invite them to repent; least of all I try to, hear this, promote my blog among them. Believe it or not, some people truly do this. Astonishing.

Then there are the interminable ranters dreaming of global judeo-masonic persecutions, and you can smell the vodka from the other side of the ocean (they tend to be Americans, I have noticed; vodka is cheaper there than in Blighty).

Then there are the ranters tout court, basically complaining against the entire planet and that the sun goes up in the East, and taking everything human or divine down in their stride. I pity them, and think they must be tragically lonely. I understand why, though.

Then there are the nutcases, from the chap who has created a religious order only existing in …… his own blog to those speaking for more or less cretinous two-heads interest groups (something like “Occupy” but vastly more insignificant; which is, in itself, an achievement). “You are insignificant too”, you might say, and you would be right. But exactly because I am I do not try to alert the world to the absolute necessity of becoming aware of my existence. I am interested in those Catholic who might be interested in reading what I write, not in making of this blog an ego exercise.

I receive messages with “read my blog” lines, and relative links. Yeah, right…

Perhaps the nature of this blog – notwithstanding its minuscule readership – attracts the nutcases through the shameless showing of conservative Catholic symbols and people (the photos of the Popes; Pius XII everywhere, etc). Perhaps when one is drunk and in the mood for a rant the easiest thing to do is to google a raft of conservative Catholic terms and if I am unlucky, google will do the rest (Google is inexplicably good to me; just digit “Mundabor” and you’ll get my main page and six  under-pages to give you more choice; again, fully unjustified in comparison to my minuscule readership).

But the simple fact is: this blog is not here for reasoned debate, nor is it an exercise in religious pluralism (ha!) or in democracy. Least of all is it a platform for unrepentant sodomites and wannabe alternative prophets. This blog is, purely and simply, an instrument of shameless Catholic propaganda at the best of what yours truly can do, and  for you to read if you find it instructive or ignore if you don’t.

If you want “nuanced”, go to Vincent “Quisling” Nichols. If you want “debate”, go to some Catholic forum. If you want atheism, go to hell (or repent). If you want political correctness, you couldn’t be more wrong than here. Think Mussolini, and you’ll have a good idea of how I manage my blog. Alas, I wasn’t born “pluralist”, and if I had had  an interest in wasting my day moderating what other people write I’d have created a forum, and ceased having a life as a result.

I sometimes think – and I don’t think it often – I am too gentle if every cretin can litter my message box and think I will waste your time and mine posting his supposedly brilliant lucubrations (whiff of vodka, again); which, in turn, would force me to reply to the madness, as the posting of anti-Catholic or even questionable material without adequate rebuttal is inconceivable;  which, in turn, means my blog would be driven – time being what it is – from what they write rather than from what I want to write.

I am embarrassed at times, because not all of the mad night-philosophers are evil; some are, in my eyes, purely deluded time wasters thinking the world must pay attention to them.

Not here, please. Be warned that I do not even read your rants to the end, and who cares if you have been writing 25 minutes before finally detaching yourself from the keyboard and going to bed. At the first signs of stupidity, or anti-Catholic propaganda, or sodomite whining, or delusion of grandeur – have I told you of the one to whom God had appeared? Didn’t read what He had allegedly told him… – and such like you are thrashed.

You had spent 35 minutes writing?

The Pope, The Head and The Duce 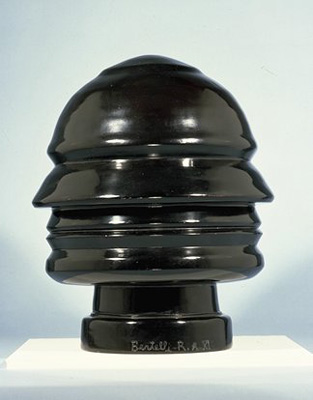 The photo you see above depicts Renato Bertelli’s Profilo Continuo, a then extremely celebrated and, still today, rather admired work of modern art.

The work represents, as the name suggests, the profile of the Duce over a 360 degree rotation.

Whilst the profile of the Duce is very marked and, so to speak, fitting for the role, what counts here is the impression of strenght, daring innovation, and even speed suggested by the work.

Bertelli’s inspiration didn’t go unnoticed. Mussolini was so pleased with it that he allowed its use as official portrait, and the work gave birth to reproduction that lovers of art (and, presumably, of Fascism) could install in their own reception rooms. 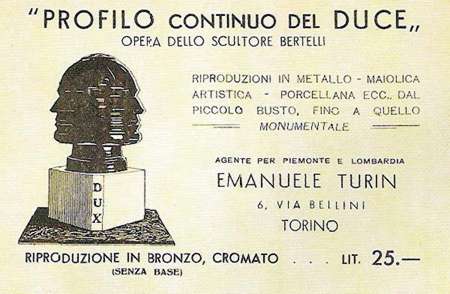 You see here, if I may say so, modern art at its best. You see what the work is aimed at, you visually and instinctively “get” the message of the work: the representation of Mussolini’s traits as the embodiment of a new era, a brave and daring, but breathtakingly modern one. Whilst very modern and with the Duce almost not recognisable, it still defines him in a brilliant way.

Fast forward to 2011. A new statue is revealed in Piazza dei Cinquecento, in Rome. The statue represents the late Pope, John Paul II. 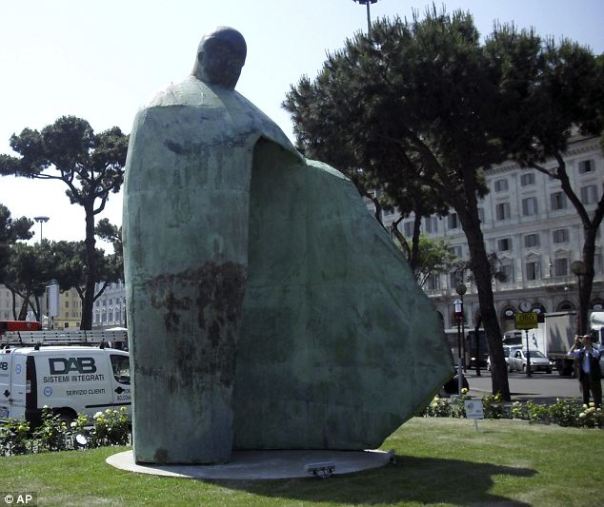 It is, undoubtedly, a piece of modern art. There is a huge cavity, strongly resembling a device for the relief of gentlemen’s bladder urges and therefore fittingly called, by the vox populi, orinale. Apparently, said urinal-shaped cavity represents the desire of the late Pope to be inclusive, and accept everyone. It still looks like a urinal, though.

Over this strange device, a head is placed. A heavy, square, hard one. A head which, coincidentally, looks pretty much like the Duce’s head – it is astonishing how certain things remain in the collective imagination of a country – but is supposed to be the head of the late Pope instead. One looks at the “work” and thinks that whatever the artist has been smoking, it should be taken away from him at once.

Note that Bertelli didn’t need any modification to his work; and that his work actually wouldn’t have tolerated any, so beautiful it is in its purity of lines and clarity of purpose. This doesn’t seem to be the case of the artist of (degenerate) art who created the urinal, because said (degenerate) artist has now promised to modify the work so that people, at least, stop thinking that it is a monument to Mussolini with the wrong name.

One wonders what will happen, then, to this “masterwork with second thoughts”. Will the head be so modified as to make it more similar to the one of the late Pope? Will we get a profilo continuo of the said pope above the orinale? Will the Pope miraculously get things like… arms? Will the urinal be actually replaced with something at least vaguely resembling a body?

In the same weeks of the inauguration of the orinale, a statue to Ronald Reagan was unveiled in front of the American Embassy in London. It looks like – you wouldn’t believe it – Ronald Reagan. One wonders how the Americans could be so unbearably unimaginative as to commission something resembling the person it is meant to remember!

I do not know you, but I am fed up with idiots squandering public money and wanting to be cretinous at all costs, purely out of fear of not being considered intellectual and unconventional enough. Cretins is what they’ll be considered, both those who made the “work” and those who commissioned and approved it.

I am waiting to see what “modifications” are going to be unveiled. I’m afraid we haven’t stopped laughing yet.