Pollyanna And The Grumpy Old Man 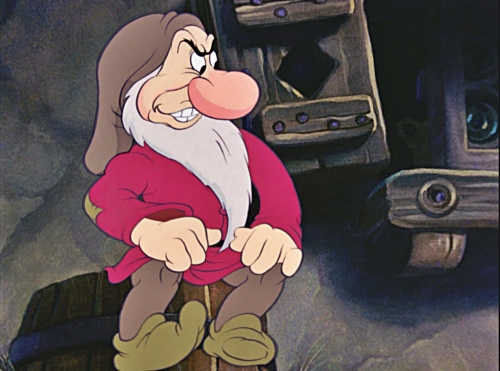 It might be, perhaps, useful to explain to my readers how I intend to report and comment the issues – which I fear will be numerous – concerning the new Pope.

Good or bad (or very bad; or awful; or outright heretical) the Pope is my Pope, and he will be until he proclaims an error as dogma. This means that before I criticise, I will do my best to examine what he says without any animosity or preconceived criticism.

If I find what he says or does is objectively wrong (a Pinocchio Mass has simply no excuse, none whatsoever) or highly questionable (the “poverty drive” and the awful whiff of populism) then I will express my criticism in terms which I see as respectful, but very open; and I will continue to go back on them as long as the issues themselves continue to exist.

I can safely say no one will ever suspect me of acquiescence to all the Pope says merely because it was said by the Pope; at the same time, cries of impending doom seem wildly inappropriate to me, and I have no intention whatever of starting my own little personal war against Pope Francis qua Pope Francis.

Instead, I will try to examine the single facts as they are presented to me, and do my best to provide a comment of which I hope Padre Pio would – taking account of my human shortcomings and of my rather emotional nature – not disapprove; and in doing so, I will try to say it straight – and try to inject some humour here or there – without, I hope, becoming all too heated.

If, therefore, you are hoping that this blog becomes an outlet of anti-Francis propaganda and resentment you will be disappointed, because I will endeavour to report what I think is good with the same zeal I report what I think is going wrong. Please also consider the good, gentle, and liturgically (somewhat) conservative Benedict was largely unable to be effective, but a strong-willed Pope will be able to do a lot of good at least in what concerns particular issues; though I am persuaded that if a Pope's theology is polluted by neo-Modernism – an issue from which none of the VII Popes are totally exempt anyway – this Pope will never be what is expected from him, and error will accompany him every day of his life.

Neither a Pollyanna nor a Grumpy old man, this is what I would like to be when I write on this blog. If you are looking for militant anti-papacy or sugary “who are we to judge” rubbish, your time is better employed away from this blog.