PCUSA Loses “Minority”, But Not Francis.

In a rather spectacular moves, Proddie Congregations representing 16 million Black Americans have severed ties with PCUSA. Most importantly, they have done so with extremely clear words, which clearly deny PCUSA the quality of even being “Christian”. Which, for the avoidance of doubt, they certainly aren’t.

As there are certainly much less than 16 million Presbyterian in the USA this does not appear to me to be a defection. Rather, it is an official declaration of the PCUSA paganism after the latter’s “embracing” of sexual perversion because Jesus was, you know, so repressed…

Well done, the Proddies! Perhaps this will be one step towards understanding that immutable Truth can only be solidly based on the Church Christ founded. All the rest is like being a small ship exposed to the ocean’s winds, and scattered here and there as the men at the helm try to keep the course amidst the mutable wave of congregants’ opinions. Compare with us Catholics, who have a granitic teaching at our disposal, set in stone and guaranteed by Christ And His Church, and which not even a pothead like Francis will ever be able to change (no matter what the pothead says).

It is, to this humble observer, very funny that the minority towards which most of the social justice rhetoric of the White Liberal is directed are those who condemn the same liberal white asses whose gospel has been reduced to sexual perversion and social issues (this reminds one of Francis, clearly). But then it’s always so: those who speak a lot of social justice are generally trying to hide the issues they have in the middle of their crotch.

Still: the (formerly) oppressed and downtrodden are the one who have the gut to call the lie on their white… white knights’ fake gospel and cry out loud: “shut up and repents, you pagans and perverts! You have no right to call yourself Christians!”. Hilarious!

Now, I do not doubt the Unholy Father is ready to give PCUSA all the patents of Christianity – and even of Catholicism, if requested; it is known he leaves the “details” to the “theologians” – they may desire.

This should lead us to some sad reflections about the Pope we are currently being punished with: formally still a Catholic, but a man whose entire forma mentis is, like the one of PCUSA, in perfect contradiction with basic Christianity.

I suggest the man converts to Presbyterianism.

He would fit very well over there. 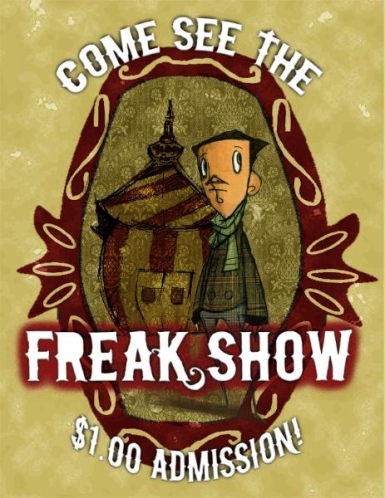 In another show of how some Presbyterians are exactly the opposite of Christians, we are informed a “transgendered” freak show is going to preach in a big Presbyterian so-called Cathedral, in an event to which the omnipresent Fag Supremo, Mrs Robinson, is also going to take part.

The amount of sugary nonsense waffled about by the organisers of the event is stunning. Not only is Christianity never to be seen – reminder: every heathen can be good to plants and dog puppies; but this is not what Christianity is about -, but it is transformed into its contrary, or I am tempted to say “transgendered”, by a purely self-celebrating worship of one’s perverted self.

Interestingly enough, the perverts’ organisations involved in the event say this is nothing special, and was “long overdue”. Which makes sense: in the world of perverts, being a pervert or a pro-perverts does not make of one anything special at all. The perverts will only ask one why he has not perverted himself before…

I wonder what kind of people take part in such ceremonies from the pews. I would bet my pint these places attract those who have a desperate need to silence their own conscience, and think the best way to do it is to declare their conscience wrong, and themselves right, hoping their conscience will shut up at last. Sodomites, lesbians, adulterers, abortionists, sexual sinners of any kind must find some superficial comfort in an edifice looking like a real Cathedral, inside which sexual perversion is celebrated as, no less, God-given.

And in fact, these people do not confront Christianity frontally, like an atheist pervert would; they simply proceed to reinvent it, and inform us 2,000 years of Christian thinking was wrong. They, the perverts, are right.

The tranny wannabe priest is the best example of the transgendered wannabe Christianity these people are trying to promote. They want to make of Christ one like them, so that they may forget they are, in fact, his very enemies.

Truth does not change.

Now as then, there will be wailing, and gnashing of teeth.

We can, and actually should, pray for the poor bastards. But it is, I think, perfectly fine to also say, in the traditional way:

The Most Jewish Pope

The celebration of Francis as a marketing tool has now found an echo in the Boston Globe. The competition is said to be “envious” of a Pope that is able  – and alas, all too willing – to accommodate everyone.

The most Jewish Pope, says the Rabbi, and who can contradict him. Different from our chap, who has the bad habit of thinking before he opens his mouth in public, says the Mormon. Hey, he even makes “pranks” (he doesn’t; but journalists must write fast and create a story), and is so different from the Presbyterians (who are the Presbyterians again? Ah, now I remember…). What a revolutionary change from the serious men of the past. So cool!

“At times, he seems to yak on about whatever comes to his mind, just as you and I do”, says the journalist. How wonderful! And by the way: no, I don’t do it. I don’t know about you, but when I open my mouth I always know what I am saying and why. A bad habit they taught me as a child. Uncool, I know. But they said only the stupid do otherwise. A promising red nose career, ruined.

The competition will now have to start thinking about countermeasures. A Twitter contest perhaps? Having Welby dance Tango? Should Mrs Schori present the next Academy Award ceremony?

A Pope betrays his role by being the clown of the world.  The world finds him entertaining, and approves of him. Therefore, say the secular media, the chap is really good. Others will have to learn his marketing tricks.

The Most Jewish Pope.

What do you want more?

The Mexican Presbyterians have decided, after 139 years, to file for divorce from the PCUSA, the Presbyterian [so-called] Church of the USA.

As a consequence of this translation/communication/phone signal problems, the two organisations have resulted in an event that can be rightly defined one of the defining features of Protestantism, and a significant Protestant gift to the modern world: divorce.

I do not know whether or how the two organisations will discuss their differences, and whenever I am in front of these situations I can’t avoid being embarrassed for the boys, girls and third sex members (plus all the other abbreviated indications denoting sexual deviancy) of the Episcopalians.
In fact, if the Holy Ghost is speaking to both, then something must be wrong with the Holy Ghost and even they can safely exclude that. If nothing is wrong with the Holy Ghost, though, one can only conclude either that the entire idea was wrong these last 139 years, or that the Holy Ghost has gone away from/is kept out from the sister/spouse congregation, in which case the matter is more than creepy and the question why one should follow one congregation that can go completely to the dogs in a matter of decades rather than the one who has gone on strong for 2000 years and was founded by our Saviour instead a rather valid one.

Can’t wait for the moment when the Presbyterians will give communion to dogs.

Oh no, wait! It has happened already!

How to confuse Catholic minds.

Thanks, but no thanks.

The “National Catholic Reporter” is, so to speak, the US equivalent of the infamous “Tablet”. Whilst claiming to be Catholic, this rag is in open conflict with the Church on doctrinal issues. They think it very cool and very modern, presumably.

Today they have, though, a different approach to heresy. As you can read here (if you really want) they have invited a Presbyterian would-be priest to tell us that he does his best not to tell Catholics what to believe but still tells us that “we miss a lot” without priestesses. His main argument seems to be that after seeing the first would-be priestess in his church, his daughter thought about becoming one. “Well, she didn’t do that”, he informs us before our curiosity becomes unbearable, “but at least she could think realistically about being a clergy member”. Now that is an impressive argument…..

Still, one must at least concede that the old man is a heretic and says so, whereas the NCR editorial staff are also heretics but don’t admit it. The brownie goes to the old man, then.

But this is not all: if you manage to read the article and succumb to the curiosity of reading the comments the entire catastrophe of modern (non)catechesis comes to light: one commenter asks (probably innocently) why “we” don’t “forget women priests” and “simply authorise nuns to give the Eucharist”. It would seem that (s)he just has a problem with having to receive from a man and that it is just a matter of “what we forget” and “what we authorise”. Another commenter defines doctrinal definitions as “self-serving” and says that “the sooner they are changed, the better” and this really takes the biscuit.

If NCR’s readers expect to find there the source of sound doctrine they are gravely deluded. More probably, though, they are so in the dark that they do not even know what Catholic doctrine is in the first place or they would avoid spreading such heresies and outright blasphemies.

Proper catechesis is at the root of proper Catholicism. We see every day the damage created by the inadequacy of a large part of our clergy, utterly unwilling to I do not say defend the teaching of the Church, but to give basic instruction about it. This will change, but it will take time. In the meantime, let us do it ourselves in our own little way.

Comments Off on How to confuse Catholic minds.