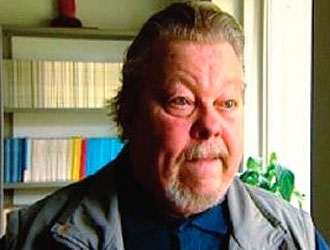 I have written here about the unspeakable Herman Spronck, the Dutch Salesian Superior being on record with saying that sex with a child of twelve is fine with him.

It would now appear that this evil man has been suspended, and that a decision of the Pope is pending whether he should be defrocked.

The source of this is, says here, the Dutch journalist Roland Strijker.

If this news is confirmed (and the source seems to be credible, if even Messa In Latino doesn’t hesitate to echo it) this would show, semel in anno, a remarkable speed from both the Salesians and the Holy Father in reacting to the events.

It is true that the declarations of the Spronck man were openly evil. Still, it is a pleasure to see that a new praxis is paving its way in the corridors at least of the Vatican, that grave scandals are now punished without the slowness traditionally abused by bastards and heretics of all kinds.

If it can be of interest, the pedophile organisation called Martijn, of which the suspended Salesian at the origin of Spronck’s interview was a member, complains with the Pope and the Vatican and showers lauds on the Spronck man. Nothing else to say, really.