Soon A New “Syllabus Of Errors”? 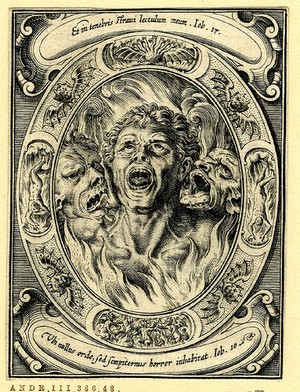 Back to the Truth: Alexander Mair, "The Damned", 1605. Source: examiner.com

Bishop Athanasius Schneider’s speech – held in Rome last month – with the proposal of a new “Syllabus or Errors” specifically intended to address the misconceptions and heresies of the “spirit of Vatican II” is now available in English in its entirety (hat tip: Rorate Coeli).

Bishop Schneider’s proposal is an interesting one, because an open and official intervention of the Vatican would amputate the legs of all those arguments more or less vaguely justifying deviations from Catholic teaching with a supposed “spirit” which, for reasons unknown to us, should now make what was wrong, right and what was right, wrong.

Besides, such a Syllabus would direct an enormous amount of attention to the old Syllabus, the creation of Blessed Pius IX. As more and more people read the original work instead of simply fantasise about what it is supposed to contain (material extremely offensive to their own “openness” and desire to do what they please, no doubt), the continuity of Catholic Truth would be beautifully put in front of their eyes. It is very important that Catholics start to concentrate on this continuity rather than on a supposed rupture with the past, and the recovery of a traditional terminology and way of teaching the faithful is, in my eyes, the best way of doing it.

This is also, I think, the only way to save Vatican II from utter ignominy and systematic massacre from the coming generations of Catholics. As the mediocrity of approach, the sloppy written work, the populism and superficiality of most of the council fathers becomes apparent, the explicit effort of patiently re-explaining what Vatican II got it right (that is: when it just repeated what everyone already knew) is the only way to avoid the entire work to be branded as an utterly useless waste of time and a disgrace.

This way, two results would be achieved:

1) The liberal nutters would find it even more difficult to spread their errors. They wouldn’t stop of course, but they’d find it much more difficult to persuade anyone but the most gravely deluded.
2) The continuity of truth would be beautifully reaffirmed. This would be of a certain help in the process of reconciliation with the SSPX in that it would show a path by which everyone is, in his own way, right: the Vatican in defending the orthodoxy of the council (properly intended) and the SSPX in defending the grave damage caused by its wrong interpretation.

Honestly, it seems to me that such a Syllabus is the best thing that could happen to Catholicism, particularly in this 2011 when the newly planned Assisi Mk III gatherings risks to generate unintended, but not easily avoidable misconceptions about what is Truth, what is heresy and what is heathenism.

Kudos to our friend from Kazakhstan then. This is no Borat, for sure.

Comments Off on Soon A New “Syllabus Of Errors”?