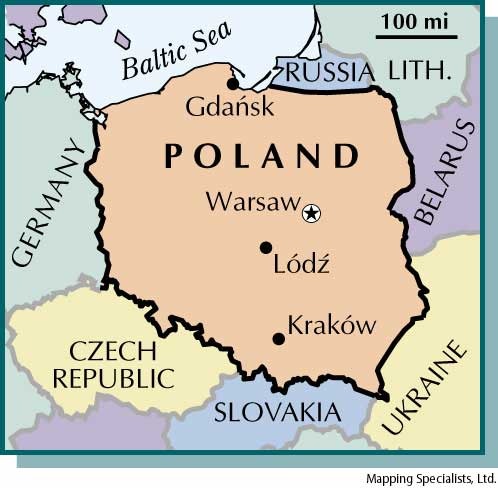 Map of a Christian Country

This article has so many good news, that one doesn’t even know whence to start.

The facts: Poland already has one of the most restrictive abortion laws in the West. Abortion is: a) always (as in: immer, toujours, sempre, siempre,) illegal, but b) in limited case it is “non punishable”. A change is now going to be proposed to eliminate the cases (like malformation,  “illegal activity”) in which it is non punishable. This is, in its root, a popular initiative supported by the Church and by a group of strongly pro-life MPs. For such initiative to be presented to Parliament it is necessary to collect 100,000 signature within three months. The promoters got 600,000 in two weeks.

The good news are, then, as follows:

1. This is a country that already has a very restrictive legislation, but thinks that its legislation is not Christian enough. Therefore, they set up to improve it.

2. This is a country where it is not good for a politician to appear to be at odds with Catholic teaching. A Catholic dream.

3. This is a country that already has one of the best legislations in Europe, but where a cardinal has the gut to say: “The Church clearly teaches that it is the obligation of Catholics not to protect the current ‘compromise’ but to aim at complete protection of life”. Clearly teaches. Wake up, Catholic world.

4. This is a country where the Church doesn’t have any problem in conducting a massive work on the ground, in defending it vocally and in openly putting politicians in front of their responsibility.

5. This is a country wealthy enough (and self-assured enough) to completely ignore the predictable resistance of nazi-like organisations like the UN, or post-nazi countries like Norway, intent on imposing their own abortion agenda on poorer countries with the threat of shutting down the flux of aid money if they don’t comply with Big Adolf’s wishes.

Are there any other good news? Oh yes, I almost forgot:

7. This is a country where people have the guts of recognising that abortion is a fundamentally Nazist and Communist policy that is nothing to do with Christianity.

8. Support for total ban on abortion is strongest among the 15-24 years old (a staggering 76%) and very high even among the least supportive group, who are (predictably) the 55-70 years old, at a still very impressive 56%. The Church must be doing something right here.

Norway And The United Nations Make The Work Of The Devil 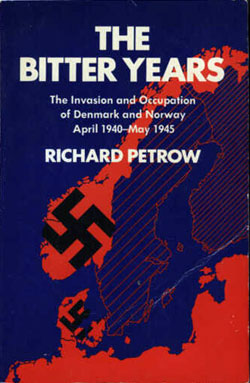 Wehrmacht away. Nazis still there.

From the CNA, some rather interesting news for Catholic readers.

1) Countries like Norway routinely put – through the United Nations – poor countries under pressure to legalise abortion. The idea is that if you don’t allow abortion, you are infringing the human rights of the women.

Babies have, of course, no human rights in Norway. They must have learnt that during the Nazi invasion.

2) Pressure from non better identified European Countries – always through the UN – has already achieved that Nicaragua had to (well, chose to) bow to the pressure and legalise abortion after being threatened with aid cuts.

It is nice to know that the money of European taxpayers is used to force poorer countries to adopt the nazi agenda of our oh so liberal rulers; even nicer to realise that this is done not through the usual, old channels of covert bilateral pressure, but with the convenient excuse of the “human rights” defended by our so meritorious collection of bloody and corrupt dictatorship and pro-abortion liberal lobbies called United Nations. That Norway – one of the most atheist countries on earth – be in the first row of this genocidal movement is no surprise.
When a country forgets Christ, Hitler isn’t far away.

I’d like to know how Norway will react on the – possibly not very far away – day that the United States will seriously start to reverse the pendulum on abortion. Will they denounce the US to the UN, or give them their “recommendations”?