← Despise And The Religion Of Niceness.
Contra Mundum →

Not Much Of An Apostolate 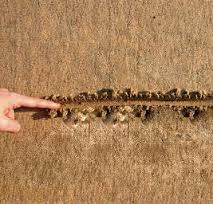 I must have written (indirectly, at least) about the initiative in the UK of the hundreds of priests who have signed a petition to urge the Synod Fathers not to sell out in October (no matter what pressure they get from the Evil Clown; that’s not in the petition, but take it from me).

A similar initiative has been launched in the USA in the last weeks. Father Z has the story and the updates.

The updates make for very interesting reading. As the number of priests rapidly swelled to 775, as I write this to the 775 priests only correspond four bishops. With around 40,000 priests in the US, we are moving towards 2% of the priests. But if we consider that there are around 440 bishops  (including the retired and the auxiliaries, none of them prevented from signing the petition) we see that bishops have been very slow to join the campaign and below 1% at the time of writing. More interestingly, we see that when there is an initiative meant to draw a line in the sand concerning Our Lord’s teaching, US priests are, on the whole, (bad as their average quality probably is) around double as zealous as their own bishops, who are supposed to be the successors of the Apostles; and one wonders of which one many of them are the successor.

It will be interesting to follow this statistics as October nears. Of course, the petition does not mean that those who do not sign are Kasperites, but it certainly means that very many of those who sign are not going to comply with whatever nonsense is going to come out of the Synod. It might also mean that many priests or bishop do not see the danger of a nuclear explosion in October, which is frighteningly naive even assuming it is not disingenuous.

We must intensify our prayers that Francis will not push the nuclear button in October. But the more priests and bishops show him what is what, the better it is for everyone.

Posted on May 5, 2015, in Catholicism, Conservative Catholicism, Traditional Catholicism and tagged communion for adulterers. Bookmark the permalink. 9 Comments.

← Despise And The Religion Of Niceness.
Contra Mundum →
Loading Comments...