“It’s Not My Fault”: Ireland And The Church 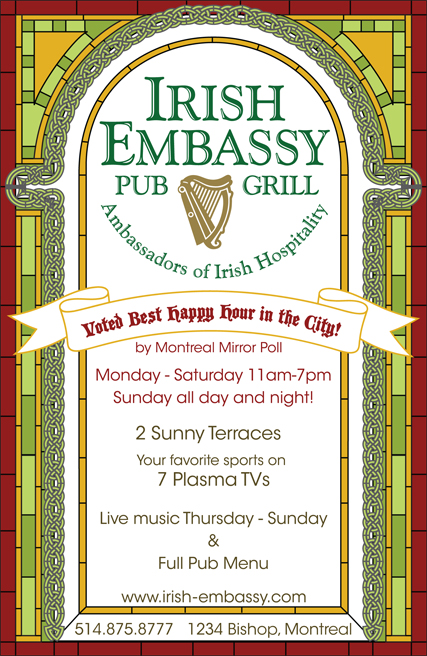 As desired by the Irish Government, an "Irish Embassy" with "economic return"

The ability of human being to put on other people the responsibility for their own mistakes is, generally speaking, little less than amazing. Look at the Germans inventing a mythical stabbing in the back after losing WWI, or the Greek suddenly deciding that their actual problems are, actually, the Germans’ fault.

In Ireland, though, something different happens. A class of politicians responsible for one of the most spectacular failures in the history of Europe suddenly decides that the Church is, well, so very bad, at least even worse than the politicians themselves. Someone, you see, must be used as a lightning rod to avoid the anger of the people; hey presto, let’s drum about the pedophile priests! Enda Kenny, a person so despicably populist and cowardly you’d think he is David Cameron’s civil partner (he isn’t; Nick Clegg is) now decides to close the Embassy to the Holy See.

The Embassy. To the Holy See. Ireland.

Now, every one and then a consulate or two must perforce be closed, and perhaps another opened elsewhere. Immigrants go elsewhere, tourists go elsewhere, and the like. But the closing of an Embassy is not something having to do with lost passports, or authentication of documents; closing an embassy is to do with diplomatic relations in the most direct and obvious of ways.

The Irish government says that the Embassy is closed because of insufficient “economic return”, and one wonders whether the other embassies fare so well by selling Guinness glasses and St. Patrick’s trinkets or, perhaps, brokering shares of Irish banks. The government means, of course, that they don’t see sufficient value for money in the expenses the embassy causes; which is even more offensive, because it means that in a country so strictly linked to the Church, and which without the Church wouldn’t even have been able to afford a proper school system, even the expense for an Embassy is considered wasted money.

This is a very populist move but a very dangerous one, too. The grasp of the Church on the Irish voters is certainly not what it used to be, but I wouldn’t want to have the Church against me nevertheless. Kenda’s move might be popular in the short term, but might well prove counterproductive in a longer perspective.
Provided the man is still around, of course.

For the moment, enjoy this cheap piece of mediocre populism; exactly what you expect from arrogant, incompetent, failed politicians.

Cardinal Touran was very appreciative of the Spirit of Assisi

From Vatican Radio’s website (with kudos to the eponymous flower)

November 04, 2011) Vatican’s top official for inter-religious dialogue is on a visit to India to follow up on the impetus given by the interfaith peace meeting convoked by Pope Benedict XVI on Oct. 27 in the central Italian town of Assisi. Cardinal Jean-Louis Tauran, president of the Vatican’s Pontifical Council for Inter-religious Dialogue accompanied by Council secretary Archbishop Pierluigi Celata left for India on Friday to hold meetings with representatives of Hinduism, Sikhism, Jainism and Islam. Their schedule until Nov. 14 includes stops in Mumbai, Pune, New Delhi and Amritsar, home to the Golden Temple, Sikhism’s holiest shrine. Their schedule has been organized by the Indian bishops and includes a meeting with Muslim leaders in Mumbai on Sunday. A meeting with Hindus is scheduled from Nov. 6-10 in Pune and another meeting and a seminar with Sikhs is slated Nov. 11-12 in Amritsar. On Nov. 13 they are to hold a meeting and a seminar with Jains in the Indian capital before heading back to Rome.

This is grand, isn’t it?

He had the impetus. He just had to follow up on it….

I just have an “impetus” to have a ten-day holiday in India, too. I should really, really follow up on it. Pity I am not so much into this kind of ecumenism, let alone have people forking out for the costs….

I can vividly picture Cardinal Tauran sitting there in Assisi with his faithful secretary, thinking: “wow, these people are really, really cool! Like, soooo cool! I must get to know them better, all of them! I mean, like, we can learn soooo much from Hinduism, Sikhism, Jainism and Islam! Perhaps I should pray in the Golden Temple? It would be, like, sooo cool!….”

Or perhaps he just wanted to profit from Assisi to take an exotic holiday the other side of the planet, with the programme looking very much like a sightseeing guide.

I truly hope the second hypothesis is true, and the Cardinal is just wasting the money of the faithful for his own pleasure.