← SSPX: Back To Normal (Hopefully) And Two Words About The Future
Francis Only Likes Priests Who Are Communists, Faggots, Or Both → 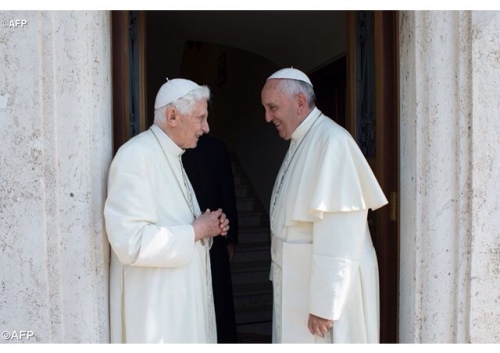 It is a very sad anniversary, this day that marks 10 years of Summorum Pontificum.

Ten years ago, I thought – albeit not yet introduced to Catholic blogging, much less with my own one – that Summorum Pontificum would one day be seen as the first meaningful step towards the recovery of sanity.

Today, I seem to notice that it was the pet project of a Pope not really interested in the recovery of the past, but rather more focused on giving a varnish of old to the new he was still promoting. This very man subsequently stunned the world with a resignation that I found, at the time, in perfect good faith and made in the confidence that his successor would more vigorously continue his program of very moderate conservatism; before two interviews gushing praise for Francis led me to suspect – the man not being gaga at all – that he is actually on board with everything that has happened after his abdication.

Ten years ago I saw a great offensive coming. Today I see us entrenched, albeit I must also say that the trenches have revealed and nurtured a fighting spirit that warms the heart.

Still, entrenched we are, and with the very sad prospective of going on this way for who knows how long, it being now clear that only the Blessed Virgin's intervention will save us from a spiral of decline made by obscene episcopal and cardinatial appointments,coupled with the most scandalous silence of the others.

Ten years after, we prepare ourselves for a half apocalypse.

When I think of all this, and reflect that some people are even happy with the faint meowing of the likes of Cardinal Meisner, I have no doubt at all why we are where we are.

← SSPX: Back To Normal (Hopefully) And Two Words About The Future
Francis Only Likes Priests Who Are Communists, Faggots, Or Both →
%d bloggers like this: