Nun from El Salvador working in Italy flies back to her native country for the holidays * and, after a certain number of months, gives birth to a baby.

Informed that she is pregnant, she would have reacted saying “it’s not possible, I am a nun”.

Well it must have been the stork, then the Holy Ghost it most certainly wasn’t.

She has called the baby Francis. It is not sure whether she will leave the order. Perhaps she will stay. Hey, who are we to judge?

Let me stop here, before I say something harsh.

The way she respected her vows seems to me not very dissimilar from the way Francis respects the Papacy. The name seems, therefore, entirely appropriate.

*decidedly, poverty is not anymore what it used to be.

Medjugorje: Decision is Now Near 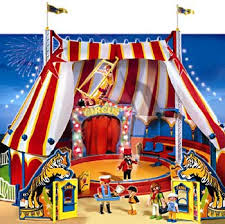 Exhibitions scheduled for Thursday, Friday and Saturday at 4 pm. Fax to follow at 5 pm. Dinner will be served starting from 7:30 pm.

I would so love to write here that finally, the axe is going to fall on that shameless scam and trap for the mentally challenged called Medjugorje.

Unfortunately, as the decision gets now rather near (leaks eagerly awaited; joking, of course; oh well… ) I somewhat struggle to think that this Bishop of Rome – who cares so much for orthodoxy he washes the feet of infidels and believes you are saved just for being a good chap, and everyone is one in the end – will have the guts to talk plainly about Medjugorje.

On the other hand, the circus is so obscene that, if you ask me, not even a Pope believing the Blessed Virgin might have felt herself betrayed at the sight of Christ on the Cross could really in any way, shape or form tell Christianity it is worthy of belief that the Blessed Virgin sends a message every day (and has been doing so for decades) and says in these messages things even more stupid (or let us say: at the same level of stupidity) than Bergoglio himself.

Whilst Bergoglio is beyond shame in his ignorance and arrogance, he has yet to say he is the Blessed Virgin, or that the Blessed Virgin sends him apparitions daily, at the announced hour, and scheduled in advance. Complete tourist package available. Book today in order to avoid disappointment.

What I think will happen is that Francis will, as usual, run with the hare and hunt with the hounds. To orthodox Catholic he will say that after careful deliberation there is no evidence that allows to say the daily “faxes” are worthy of belief.  To the nutcases of Medjugorje he will say that their faith moves him oh so much, reminding him of the people of the favela and the great, solid faith of his buddy, the Rabbi he helps to eat kosher. Of course, infinite variations on this theme are possible: Medjugorje  might be described in a way that whilst not saying the “apparitions” are authentic, allows the nutcases to continue to believe they are.

Or, in pure Francis’ style, both the one and the other could be said: one who believes that the miracles of the loaves and fishes consists in the “sharing” can certainly find a way to say that the “phenomenon” of Medjugorje is “a miracle of faith”, or such like nonsense. Francis has been appeasing infidels and atheists for a long time, I find it difficult to believe he will drive with the steamroller over a bunch of idiots rather popular among trendy Cardinals and tambourine Catholics. If they were orthodox Catholics, oh well, that would be an entirely different matter altogether…

Why do I think this?  because I think of what would happen is Francis, the Master of Tenderness, were for once in his life to pick a side in a thorny controversy: if he says Medjugorje is worthy of belief he buries his pontificate in ridicule for all centuries to come, and even he knows that; plus, he has to co-opt the seers in his job, because at that point it makes far more sense to read the daily platitudes and nonsense of the seers of Medjugorje rather than Francis’ daily streams of consciousness; thirdly, because he has to explain how it is that the Blessed Virgin speaks “off the cuff” in a theologically very inaccurate manner, though being in Paradise and the first one in rank after the Trinity.

If, on the other hand, Francis should take a clear stance against this superstitious madness for minus habens with a faith weaker than their intellect, I would be the first to praise him (in this instance), but he would seriously damages his reputation as Tenderness Master and “Who Am I To Judge”-Supremo. Please consider he would have to be very harsh to not even give the minus habens the smallest excuse to keep believing the Blessed Virgin talks to them on demand and according to schedule, and talking like a thirteen years old with even less instruction than Bergoglio himself. he would have to ban the pilgrimage, demand submission from the “seers”, or the like.  In the end, everything else than a formal, harsh condemnation of the “phenomenon” as highly blasphemous besides extremely stupid will reinforce the madmen in their own granitic conviction the Blessed Virgin, basically, writes a blog for them.

None of the two ways is, if you ask me, like the Bishop of Rome. His humble desire for humility ( means: his ambition for boundless popularity) clearly stands in the way. He will, I think, rather  make everyone happy, and himself more popular. The “Catholic Herald” will stress how very orthodox he is, the neocon blogs will swear we have the new Pius IX, the crowds of Medjugorje will praise the Pope who validated the apparitions.

I might be wrong, of course. Last march I thought Scola was the favourite. You may well say this would be absurd, and the Pope will defend Catholicism, period.

Ask yourself how much interest this Pontiff has shown in defending Catholicism.