It can make sense, at times, to give baptism to babies whose parents are not sacramentally married. Those of you who love classical music might, for example, remember the case of Felix Mendelssohn and his siblings; all of them baptised, even if born of Jewish parents.

But you see, Mendelssohn was raised as a Christian – albeit, alas, a Protestant one -, as were his siblings. When he was baptised, the decision to raise him as a Christian was already made. It was no question of what the relatives of the parents “expected”, or of a nice ceremony and party, or of the child not feeling “different” when at elementary school. The intention to have people around the baby caring for a proper Christian upbringing was certainly there already.

This is most certainly not so for many couples nowadays, who consider having their children baptised only in order to avoid discussions with their parents, or because of the “nice ceremony”, or because everyone else in their circles does it. That they do not care is already not shown, but shouted, by the simple fact that they are not married in church. There might be other people – perhaps the uncle, or the grandparents – taking this obligation for themselves; but how often this is the case nowadays both you and I can easily imagine.

Never one to let a good headline go to waste, Bishop Francis has now baptised the son of a couple who did not consider it right – or did not have the right, I do not know the details – to marry in the church, though they apparently did consider it just the ticket to have their baby baptised by the Pope. Would the Bishop of Rome object to this? Well, of course not…

Francis is very aware – whatever the Pollyannas might think – of the worldwide echo of anything he does differently from his predecessors, and he has already complained in public about those priests who are restrictive in their decision to give baptism (probably because they care, I add). When, therefore, Francis proceeds to baptise the baby of public concubines living in scandal, he willingly undermines both marriage and baptism. The first because he sends the clear message that another usual testimony of Christian faith, that is obviously a sacrament and an obvious precondition for a chaste life in common rather than concubinage, can be dispensed with; and the second because it again creates the perception that a baptism is something you give to a baby like you would a pacifier.

This may seem strange to us, but certainly isn't in Francis' world. If atheists can be saved and Jews don't need to be converted, baptism is clearly no big deal. If God punishes us with a slap on the wrist at most, then clearly God has already slated us for inevitable salvation at conception. If there is no need to convert anyone to Catholicism, or Christianity come to that, then there is no specific value to be attached to the peculiar rite of admission to this Christian faith and baptism can be given for the asking, merely as a token of something already there for everyone.

In Francis' vision there is only one community of faithful, the humans. He has already baptised all of them – be they atheist in “good conscience”, Jews eating kosher or Muslims observing the Ramadan – in the name of the Black Shoes, the Ford Focus and the Wheelchair. It is very clear to him Christianity is just one of many options, all of them leading to inevitable salvation, with the worst case scenario being a slap in the wrist. He probably considers Christianity the best option; but again, certainly not to the point of trying to persuade others to follow his choice. He will merely point out to you the advantages of choosing this option: having more joooy, experiencing more luv, and the like.

Why on earth would he ever have a problem in giving baptism to absolutely anyone? 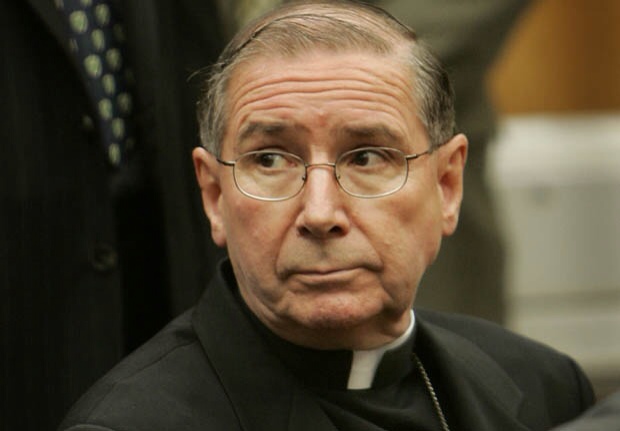 The justified scandal about the way the Bishop of Rome undermines Catholicism must not let us forget that, in the everyday life of the Church, the real changes on the ground are actually brought about not by the things a Pope says, but rather by the people he appoints.

You could put it in another way, and argue that if Francis were very sound in his appointments – mainly those of bishops and cardinals, but also think of those within the Curia – the negative effects of his blunders would be in time vastly reduced (or even neutralised) by a generation of sound bishops taking care that things are made properly in their own diocese, and of sound Cardinals taking care that this policy continues after the end of the present Papacy.

If, on the other hand, a Pope is mediocre in his appointment of Bishops and Cardinals, even his best orthodoxy of speech and saintliness of behaviour will not be able to arrest the decay of the Church, with vast territories slowly being run in the wrong way, and mediocre Cardinals ensuring this continues to be so with the next pontificates.

We begin, therefore, to understand the kind of devastation both John Paul II and Benedict XVI have caused. Pick any horrible Cardinal of your choice (before the next batch of Francis' appointees is officially installed), and you will discover he has invariably been appointed by one of the two. Pick almost everyone of the vastly horrible 8,000 (if memory serves) bishops in charge of a diocese, and you will see exactly the same.

From Daneels to Mahony and from Schoenborn to Ravasi, the present generation of Cardinals has been entirely created by JP II or Benedict XVI. Entirely. The same can be said, with very few exceptions, of bishops and archbishops, from the powerful ones like Zollitsch to the rather obscure ones like Nourrichard. These are the people who shape the Church's life on the ground; who encourage good priests or antagonise them; who decide on the implementation of Summorum Pontificum, or lack thereof; who talk mainly of Judgment or of social issues; who promote the Sacraments or their neglect; who foster, or suffocate, vocations, and so on.

Think of all this, and tell me whether the two men – one of whom soon to be canonised, then by the grace of God Paradise is not prevented by a papacy rich in mistakes – are not the two main culprits for the current woes of the Church, starting from Francis and all the way down to the stupid, cowardly, or outright heretical priest in the church near you.

Why No Other Prelates? Ten Possible Reasons You Should Know.

It was observed that at the demonstration in Rome in defence of both the only marriage and the freedom of expression – the Italian parliament is currently debating a law concerning, oh what a great surprise, “homophobia” – there was only one Cardinal present, Burke. How many Bishops and Archbishops, then? Zero, apparently.

In a city that generally does lack red hats, one wonders what might have prevented other prelates from participating.

My hypotheses are the following:

1. The Great-Aunt had to be brought to the hospital.

2. The cat was gravely depressed and in dire need of company.

4. He knew, but thought it was the following day.

5. He knew, but it was on a Saturday, so the Sabbath had to be observed.

7. He was not in the very central Piazza Santi Apostoli, but in the “periphery”, as the Bishop of Rome said he should.

8. He was out trying to urgently find “Eau de Sheep No. 5”, following the Pontiff's recommendation.

10. He was afraid of pickpockets.

As always, those baddies at Rorate are very eager to spin this according to their own anti-everything agenda.

They have no concern for cats, you see. Or Grand-Aunts.

The Thing With The Rich Donors

One could make a right observation and say the desire for donations from rich individuals might lead bad prelates to “adapt” their preaching to the needs and “sensitivities” of those they have targeted as the big spenders of choice.

On the other hand, I have always observed the more rigid an organisation is, the least financial worries it has – the SSPX, the FSSP, the FFI clearly have or had no problems in financing a tumultuous growth -, which to me is a sure sign God tends to rewards orthodoxy with ample means to spread orthodoxy. In contrast, V II religious orders must sell the family silver in order to pay for themselves in their old age, church closures are a well-established trend all over the West, and the V II Church is certainly not financially viable in her present state; which isn't a big concern anyway, firstly because there are very few vocations and secondly because the modern unofficially doctrine of universal salvation makes them useless anyway.

If you ask me, the real matter is not one of financial resources, but of popularity and approval. A bad bishop, or superior of a religious order, will probably always have the money for his own pet projects in his own lifetime. Perhaps he will have to close some churches, but he certainly doesn't care for such irrelevant little matters, does he now…

The modern bishops are not worried about the money they want. They know the money will be forthcoming, at least enough money for their purposes. They are worried about what the world thinks of themselves; how they “blend in” not only in the secular world, but in the Vatican too.

This is, I think, what motivates them to their bad theology. The money for the Cathedral's roof, the exposition of blasphemous degenerate art, or the new museum will always be there anyway. Therefore, their only choice is whether to be unpopular or popular.

We know what most of them choose.

As Pope Francis talks incessantly about “legalists” who would be “hypocrites”, it is more and more clear to him the hypocrites are Catholic who try to live a Catholic life like you and I.

Preaching isn’t about correcting people. If you try to live a good life and remind others of God’s rules, you are insulted in several ways.

In the meantime, 30 out of 33 TLM in Italy have been shut down since the beginning of the Apostolic visitation. Clearly, whenever Francis insults people who believe in catholicism – which he does almost daily – he means, among others, them and those faithful who attend the TLM and care for tradition.

The hypocrisy is breathtaking.

Fret not, though. There will be enough people ready to believe the FFI’s persecution is nothing to do with the Pope. He is not informed, surely?