Nazis Among Us: Mayor Di Blasio Introduces Himself 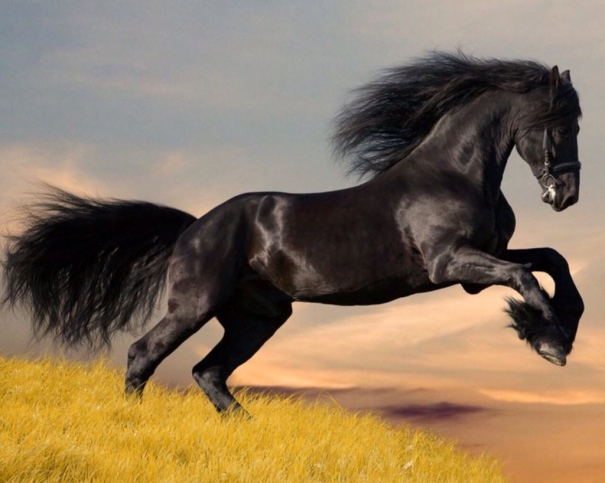 Not an unborn baby. Good cards by Mayor Di Blasio, then...

The new Mayor of New York, Di Blasio, has vowed to get rid of the famous and traditional horse-drawn carriages. The way the horses are treated is “inhuman”, he has said.

Someone should try to explain to him horses aren't human, either.

On the other hand, the oh so sensitive Di Blasio has no problem with killing unborn babies, at all. He actually appears to have complained that there aren't enough abortion facilities in certain neighbourhoods.

One can't avoid thinking unborn babies would have batter chances with Di Blasio if he thought they are horses. Then, he might consider killing them in the womb… inhuman.

Truly, the Nazis are among us.

No possibility of being able to live? Sorry, young man. You'll have to be cut to pieces.

I do not much like Norway. A country secular and atheist like few others on earth, they incarnate everything that is wrong with the West, as also seen in their worldwide bullying for the slaughter of unborn babies. It goes without saying that they also have a “liberal” (which means: murderous) legislation about abortion, too.

This legislation appears to have, at present, some massive uncertainties of interpretation, particularly considering the point up to which the abortion is allowed.

The Norwegian government has now decided, following the recommendation of an “expert panel”, to adopt and enforce the principle – and to promote correspondent legislative measures; which means the ambiguity was too obvious to be cleared merely by secondary sources – that abortion is never allowed if the baby is viable (that is: in the case of babies “who have the possibility of being able to live”, as they hilariously describe the matter), and the absence of logic boggles the mind.

Every baby who is not murdered in the womb has the “possibility of being able to live”. On the other hand, a baby who has just been born isn't ipso facto able to survive. He needs constant care and attention from others – hopefully the parents; one wonders how often in Norway there are two of them, of different sexes, and married to each other – and without this care and attention he would die very fast. A newborn baby is, therefore, not logically more “viable” than the same baby was just after conception: still a human life, but still in need of help of another person to reach the point where he will be able to care for himself.

The Norwegian government's way of thinking is therefore, if a slight improvement to the previous situation, a prime example of the absurdity of every abortion legislation: it is absurd in thinking that being “viable” is a criterium to decide which human life can be terminated and which is allowed to continue, and it is absurd in the arbitrary way in which a human life is considered worthy of protection: a human life is a human life, and this difference – being a human life or not – is logically and qualitatively infinitely more important than every degree of development of this life's internal organs.

This seems to me – taken in general and present company obviously excluded – a seriously stupid country; and in fact a vastly atheist country cannot but be stupid.

Still, as long as there's life there's hope, as they say. I have already reported about some good sign, and even in the matter of gender madness I have seen some signs of sanity. You never know, perhaps this decision will help the one or other to understand the cruel absurdity and selfish monstrosity of abortion legislation.

The “Thumb Up” Pope

During my recent stay in the città eterna, I have noticed the huge quantity of kitsch articles carrying the image of Pope Francis with the “thumb up” gesture. From coffee mugs to calendars and from wall plates to desk statues, the man and the thumb were both everywhere.

Granted, the Pope with the thumb up probably ranks #127 in the list of all the stupid, or worse, antics of Jorge Bergoglio once elevated to Pope Diana. Still, allow me to notice that the thumb alone would, in normal times, be considered unfitting for a Pope, vulgar or at least too familiar for a man in his position, and in general debasing the dignity of the Papacy.

This leads me to consider how far this Pope has deviated from a correct understanding of his office, and the extremes to which his unquenchable thirst for popularity has led him. At the same time, this tells us to what extent Catholicism had already degenerated even before Francis became Pope. The earth-kissing icon of the former decades has certainly not helped.

You might think that there are more pressing problem than an Argentinian thumb, and this is very true. At the same time, it is from smaller things like this one that we see very clearly why the bigger ones do not cause enough scandal.

Let us not lose the will or ability to be scandalised for the littler things. If we lose it, it means that our understanding of Catholicism is so corrupted, that gestures that would have been unthinkable in a Pope for our grandmothers are now considered normal by ourselves.

You see a Pope with the thumb up, and you already know what kind of Pope he will be.

The obvious waning of Cardinal Bagnasco's power within the Italian church has made some headlines in the past days, so I thought I would add a word or three.

Cardinal Bagnasco used to be one of the best – as V II Cardinals go – of Benedict's cohort. For a V II Cardinal he was very outspoken, and he has certainly given his contribution to the – failed, we can now say – attempt to avoid that Italy falls into the pit of legalised, and even protected, sexual perversion. He is the kind of man a Ratzinger would appoint as head of the Italian Bishops' Conference, but certainly not the choice of Francis, nor – if I remember correctly, that the Pope will now renounce to appoint the head of the Italian Bishops' conference himself – of his Italian colleagues.

Still, Bagnasco has betrayed. In a typical V II, “let us be stupid and call it pastoral” fashion, around two months after Francis' election he has dared to give communion to a scandalous, well-known, former Italian member of parliament, a pervert in drag commonly known under the name of Luxuria, which is Latin for lust.

The occasion was the death of a Father Gallo (which in Italian means, fittingly, “cock”, and a huge gallo Father undoubtedly was); one of those unspeakable priests who promote the likes of the above mentioned pervert. It was already extremely grave for the Cardinal to officiate at that mass, but it was unpardonable that he would accept to give communion to the idiot in rags in front of the entire country and without any sign of repentance and acceptance of Catholic teaching from the latter. In one day, Bagnasco not only has been the accomplice of an obvious sacrilege, but he has become a helper of the same people, and of the same cause, he wanted to oppose.

Please do not let my adrenaline level explode with one of the usual effeminate tambourine comments along the lines of: “oh, but we do not, oh know whether he has not oh repented before taking oh communion, and who are we to, oh, judge?”. The freaking pervert has presented himself for communion looking like a female: a walking scandal perfectly in tune with the scandalous crowd present, and the scandalous agenda he and them were there to promote. There's nothing else to say.

I remember well thinking at the time that Bagnasco might have been trying to save his appointment as head of the Conferenza Episcopale Italiana by showing to the new ringmaster that he can cope with a renewed circus programme. I cannot explain otherwise why he would be there, and why being there he would not give an example, in front of the entire country, of his love for Christ. Even in the absurd case that the new Pope would have ordered him to be there, no Pope can order him to whom he has to give communion if he thinks he shouldn't.

Bagnasco could have given a wonderful example. He did not. He chose to do what he knew would scandalise each and every good Catholic in the Country, and he the head of the Bishops' Conference.

Do not cry for his departure. It is better for the cause of sound Catholicism to have prelates who are very obviously the wrong ones, rather than those who appear to be sound, and then end up making the work of the Enemy anyway.

The “Pastoral” Demolition Is Already Under Way

Comments Off on The “Pastoral” Demolition Is Already Under Way