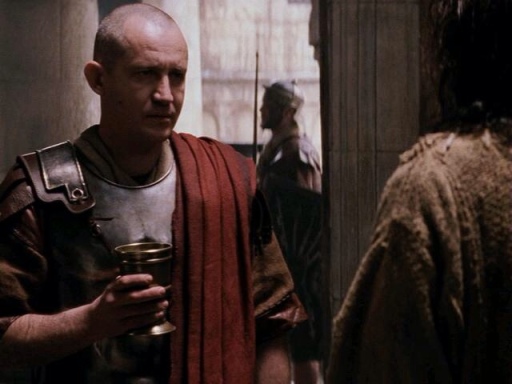 Effective Christian witness is not about bombarding people with religious messages, but about our willingness to be available to others “by patiently and respectfully engaging their questions and their doubts as they advance in their search for the truth and the meaning of human existence” (BENEDICT XVI, Message for the 47th World Communications Day, 2013). We need but recall the story of the disciples on the way to Emmaus. We have to be able to dialogue with the men and women of today, to understand their expectations, doubts and hopes, and to bring them the Gospel, Jesus Christ himself, God incarnate, who died and rose to free us from sin and death. We are challenged to be people of depth, attentive to what is happening around us and spiritually alert. To dialogue means to believe that the “other” has something worthwhile to say, and to entertain his or her point of view and perspective. Engaging in dialogue does not mean renouncing our own ideas and traditions, but the claim that they alone are valid or absolute.

The words above come from our Disgrace In Chief, Francis The Humble Wrecker, and the chap below is sorely missed. Let me explain why. 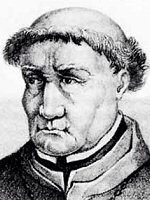 The excerpt above is the umpteenth example of the way this man thinks. Note the way the man slowly works his way from an innocuous start to an outright heresy.

In the first phase, he quotes Pope Benedict. It is clear that for Benedict you “engage” in order to patiently transmit the Truth you have, and your interlocutor hasn’t. Very simple, and very true. Going on, the Emmaus reference still seems to reinforce the concept: listen first, and then administer the Truth as the medicine for the patient.

Up to here it’s all fine to my eyes. St. Paul discussed openly with the people of Athens, but he discussed with them because he had the Truth they needed to know, and they believed the lie that he wanted to destroy. Again, very simple.

But would Francis stop at orthodoxy? You wish! Francis must always, always be the carrier of a new and different message, and make no mistake: this message will be either heretical or very strange. Always.

In this case, our man shifts the ground in instalments, until he lands in his beloved Francisland, where there are no “excessive (sic) doctrinal securities”, everyone is saved, and Christ is an embarrassment standing in the way of the understanding among the people.

Firstly, we are told the “other” has something worthwhile to say, but Bergoglio does not take position about where the worth would lie. Yes, everyone may have something worthwhile to say. No doubt about that. But when he starts to go against Christian truth he is clearly talking rubbish, and he must be told so. This, Francis doesn’t say, and his concept of evangelisation looks rather shaky already.

Then, Francis says you must “entertain his or her” – notice here the PC use of masculine and feminine; but this could be the translator’s fault – “point of view and perspective”, basically inviting you to play Jew, Muslim, Buddhist or whatever with your interlocutor for the sake of “dialogue”. “So, my dear Ahmed, you really think Christ is no more than a very smart and saintly guy? Interesting point, this! What an enriching perspective! Pray, give me some time to better absorb the point”. This is no evangelisation anymore. This is appeasement already, and of the worst sort.

Finally, he drops the bomb: you must not renounce your “ideas and traditions” (really? How very kind!), but you must renounce to the claim that they alone are valid or absolute!

At this point, my dear reader, I suggest you re-read the entire passage again, and let the way this man thinks and works sink in your consciousness. Understand that this one here is either very, very evil or else very, very deluded; a man whose unlimited vanity leads him to continuously, continuously insult Christian truth for the sake of the edification of his own humble monument; or else, Francis is one just on the side of the Enemy, and who thinks Christianity is the problem and he is the solution. At the end of a short “progression” (actually, regression) you have been led not only to renounce to the vocal defence and promotion of the Truth, but to renounce to the concept of its truthfulness altogether!

Francis’ frontal attack to – or stubborn ignoring of – Catholicism is so blatant, it leaves one speechless. You must renounce to the claim that your “ideas and traditions” are valid and absolute! You have your truth, they have theirs! Already the use of words like “ideas and traditions” lets a thinking transpire according to which an underlying truth expresses itself with several traditions: the one expresses it with the Jewish ideas and tradition, the other with the Muslim ones, a third with the Hindu, a fourth with the Christian; but as a Christian, you must accept your stance has no absolute validity.

It is a grave sin, they say, to slap a Pope in the face. In Bergoglio’s case, this goes to show that someone should have done it, and he should have done it soundly and repeatedly, before he was made a bishop. Now it is, I am afraid, a tad too late. V II has made this bed, and we will have to lie in it.

Whenever I read some antic of this man I am reminded of an immortal character in Alessandro Manzoni’s I Promessi Sposi. Manzoni called him vecchio malvissuto, or “an old man who has lived his life badly”.

Comments Off on Dan Savage Is Pure Gaystapo