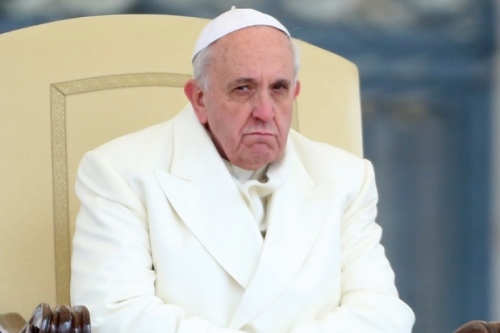 The one in charge, and no mistake.

The recent uproar about Bishop Gänswein's utterings about the Petrine Office seems a tad exaggerated to me.

My understanding already was that Benedict kept dressing in white, and chose the title “Pontiff Emeritus” exactly for the reasons Gänswein says: because he sees himself as still a Pope, albeit one who does not work as such anymore. I repeat here examples already made in the past: a Professor Emeritus is still a Professor, but he does not teach anymore. Clearly, Benedict wanted to avoid the accusation of, so to speak, having “pulled a Celestine”. Once Pope, always Pope.

“I do not have the strength to be an effective Pope”, he says. “But I could not divest myself of the Papacy more than I could the priesthood”. Makes a lot of sense to me.

Now, Gänswein's remark might be meaning, in a very indirect, plausibly deniable way, that a good Catholic appalled by the Evil Clown can draw from strength from Benedict for an image of the Papacy that allows him to sleep at night, but this is already understood by everyone!

The word “extended” is, I think, what caused the ruckus. But Gänswein also made clear that there is only one Pope in charge. Therefore, the concrete exercise of what it is to be a Pope can only be his exclusive competence. Benedict does not rivendicate a concrete papal remit. He simply wants to avoid the accusation of dereliction of duty.

Finally, another element makes this discussion largely irrelevant: age. Benedict is very old and very frail, and chances are he will not be with us for long. It seems not probable that he may outlive Francis. Even if he did, he could not be re-elected Pope because he has officially resigned the office of Cardinal, and is more than 80 years old, and no one would be authorised to invite him to the next Conclave.

This “legitimate alternative spiritual papacy” dreamed by some can come to an end any day, and when it does the problems will remain exactly the same. Therefore, it can only be a pale palliative, and only for a short time, for the suffering of a Catholic. It would be no solution to anything even if it worked logically, which it doesn't.

I don't need for Pius X or Pius XII to be alive in order to see in them paragons of good, holy Papacies.

And I will rather look to them than to Benedict anyway. 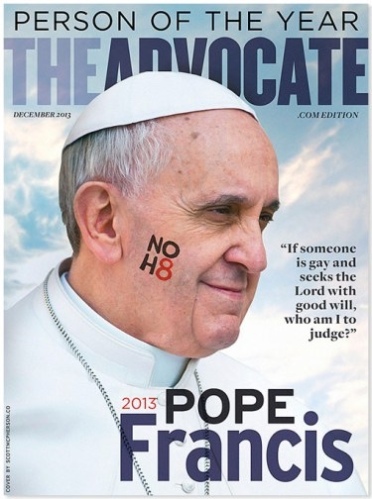 If an Atheist became Pope, he would not advertise his atheism around. He would be, even if of low intelligence, certainly smarter than that.

If an Atheist became Pope, he would have – as all atheists do – his own bespoke “morality”, made of earthly, more or less childish things like social justice, environment, vapid “niceness”, and the like. Therefore, what this Atheist Pope would do is to promote his worldly, atheist values behind a thin varnish of pseudo-religious talking. Jesus would become an illegal immigrant, we would have to kneel in front of the poor, the environment would become a vital issue, not being a SJW would become a sin. Everything in Christianity would be perverted to serve this wordly agenda.

If an Atheist became Pope, he would continuously downplay the supernatural, and do what he can to demolish the faith of the sheep entrusted to him. He would say that the Blessed Virgin might have felt angry at the foot of the Cross. He would hint that there might have been nothing miraculous in the multiplication of fishes and breads, and make of it a “miracle” of wealth redistribution. He would cintinuously promote a God Of Environmental Socialism. He would attack even the basis of Christianity. Eternal condemnation would suddenly not be in the logic of the Gospel. God would give you a slap in the face at most. God's Justice would be totally eclipsed or confined to Mafiosi, for all others Mercy would be unlimited, unconditional, unavoidable.

If an Atheist became Pope, he would – like many atheists nowadays – hate Catholic morality, and love the self-centred “me, me, me”, self-made religion of niceness in which no one can judge anyone, and woe to you if you dare to criticise, because criticising is bad and if you do, you show what cruel, godless, merciless, egotist, self-centred, enemy of the poor, whitened sepulchre, pelagian, coprophagist (continue here for another twenty minutes) you are. Adultery would be the new morality, and Catholic morality the new evil. Adulterers would be “good” when they live in public adultery, and they would even be told that not having sex may harm their children. Confession and Communion would be raped and prostituted to this new world religion. He who opposed all this would be mercilessly slandered, because… who is he to judge. He would look for the approval or perverts. He would bask in their approval of him. The enemies of the Church would be his chosen friends.

If an Atheist became Pope, he would do what every atheist already does in a smaller scale: deify himself. However, being the Pope he would do so on a vast bigger scale, soaking in the flattery of countless cowardly clergymen, feminists, perverts, liberals, atheists of all sorts; that is: of the people he likes. Catholics' criticism would peeve him, of course. He would insult them all the time in retaliation.

If an Atheist became Pope, he would try to undermine Catholic identity in any way he can. He would talk a lot about ecumenism. He would participate in Jewish ceremonies. He would approve any sort of “good intentioned” heathenism. He would invite Muslims to hold on to their Korans. He would, of course, celebrate an Heresiarch like Luther, and ask the Proddies for forgiveness for a bad Church trying to preserve truth and orthodoxy against madness and error.

If an Atheist became Pope, he would not care of the damage he inflicts on the Papacy he hates. He would not even care about how Catholics – whom he hates – will remember him after he has gone, or how reviled he will be in centuries to come. Being Atheist, he would be both persuaded that when he dies nothing of him will remain, and satisfied that atheists will like him – as far as Popes go – in every century to come. Certainly, he would try to subvert the Church as much as he can, for as long as he can after he has gone. But in the end, he would not be concerned of what happened when nothing of him has remained. He would,mor course, have no fear whatever of eternal punishment.

And the moral of this little story is?….

An Atheist has become Pope.