The Press, The Priest And The Blog

Comments Off on The Press, The Priest And The Blog

The soup was rather savoury today

We are informed that Bishop Campbell of Lancaster (the same, I believe, who silenced Deacon Nick of “Protect The Pope” blog fame) has now invited the Institute of Christ The King Sovereign Priest to take over a famous landmark in his diocese, St Walburge in Preston.

There are still, I think, thousands of Jesuits around, and one wonders why the Bishop has not asked some of those progressive and mercifu followers of the Spirit to take over.

Perhaps – just thinking out loud here – because their average age travels toward 75, they are now largely to be found in hospices and hospitals, and the Spirit hasn't treated them very kindly; though, I am sure, better than they deserve.

The reality is, I think, clear for all of us to see. The Bishop does not want the shame of having to close such a prestigious landmark, which would be an obvious witness of his failure as a bishop. At the same time, he recognises that inviting some old tambourine players to take over the place would not be a solution, because they would never be able to make a fairly expensive place like this one viable. The only solution seem, therefore, to see whether those can be persuaded who have the priests, the energy, the means, the faith, and the confidence in their mission to take over.

Which, I think, is what just happened.

The bishop has recognised that – no matter how many effort are made to stop this development – the future speaks Latin.

Sodomy: Maria Miller Made To Practice What She Preaches. 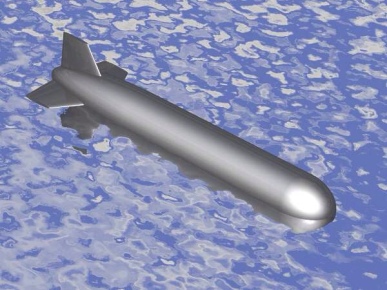 Painful on impact. And say thanks I have not posted the other thing...

My affectionate readers already know Maria Miller, because I have already written how – bar a desirable but improbable repentance – she is going to hell.

What many of my readers might not know is that said Mrs Miller was forced to resign this morning, after her political backside had looked more and more threatened by that kind of torpedo-shaped same-sex loving she so eagerly celebrates.

In Mrs Miller case, the scandals had compounded. A first enquiry about her expenses had led to veiled threats to the press, as the female put – through third parties – her role in the proposed regulation of the press into play. Not very classy; not very intelligent, either; and in short, very Sicilian: capisci? Needless to say, the press was, erm, not impressed, and the female in trouble.

To these two scandals others were adding. The fine of around £50,000 proposed by an independent commission for the expense matter was reduced to around a tenth of the original amount by a committee of MPs, which in itself was scandalous and self-serving enough. But the same-sex-loving female made it worse, appearing in Parliament and giving the shortest and most arrogant of apologies. The men at the chronometer dissent here: some said 32 seconds, some 34, some actually 28. Whichever it was, it was another demonstration the woman is unfit to represent her cat, and a prime example of MP entitlement and arrogance.

When it turned out she had, finally, sold a property with more than £1m profit and not paid a penny of Capital Gain Tax through a trick legally allowed to MPs but morally not acceptable – and not open to the likes of us – it was clear she was, as the Italians so beautifully say, a political walking corpse. It is, in fact, indicative of the incompetence and lack of contact with the common people of this Prime Minister that he thought he could save himself and his government this embarrassment by defending her when the flak was massive and, even, strongest from his own party. But then again Cameron never cared for his party, so all normal here.

Good riddance to Mrs Miller. She will go – bar an always welcome repentance – to hell anyway. But it is nice to know that her political career, built very largely upon the promotion and celebration of sexual perversion, has now ended with her nose in full contact with a pavement concrete slab, and her name is now running for the prize of Most Arrogant MP After The 2009 Expenses Scandal.

I hope she enjoyed the metaphorical same-sex loving.

She deserved – metaphorically speaking, of course – nothing less. 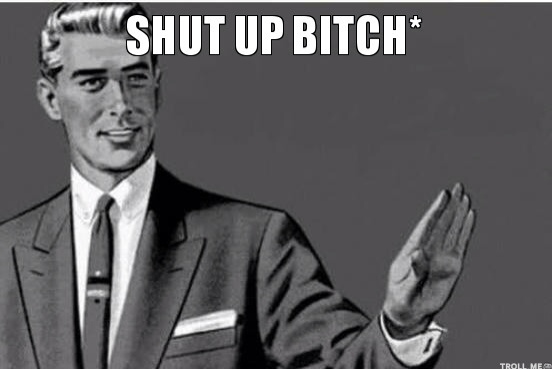 A word that I read around more and more often is “healing”.

If I understand correctly, by that is meant that someone was said that “hurt” someone else, and this someone will now need some – or a lot of – time to allow the great wound caused by someone he doesn't know, and wasn't talking to him, has caused him.

Say someone is inverted – or divorced and remarried – and fully ok with it, but still pretending he is a Catholic. He listens to a conference or speech or whatever, where the Catholic speaker says that unrepentant sodomites go to hell, the sin of sodomy cries to Heaven for vengeance, and a couple of other things I knew as a child, before even making my first Communion.

Our “man” is then entirely incensed. As he was told facts of Catholic doctrine that apply to him, he is hurt; as a consequence, he has the right to be offended, and the world must now show solidarity and support to him, and help him in his healing process.

This happens nowadays, at least in some societies, not only in extreme cases – one understands a real trauma would require a real healing, because a real wound has occurred -, but everytime everyone hasn't liked something that can be referred to him. Then, the entire community feels bound to perform the exercise described above and finds it not only normal, but necessary.

If anyone within this very community – say, the local church – where, then, to point out that facts are facts and Truth is Truth, and those who are hurt by facts and can't hear the Truth should take a hard look at themselves rather than whining like wet pussicats would be immediately accused of being even more insensitive, even more hurtful, and causing the need of an even longer “healing”.

One truly wonders what has become not only of humanity, but of manhood.

I get promised hell with beautiful regularity on this blog, for no other reason than the author of the promise not liking some sound piece of Truth. Do you think I even consider being “hurt”, and write blog posts vilifying the commenter who “hurt” me so bad, and looking for “healing”? “Help me, dear blog readers! I am sooo hurt! Unless you show me full support, I will stop blogging, because I am soooo hurt!”

I push a button, the crap is flushed out, and that's that.

I wonder what has happened to a country where even boys and men – those who should be ready to die to defend their Fatherland and loved ones – can't even cope with abstract criticism without throwing a tantrum; and where women abandoning themselves to excesses of bitchiness are constantly encouraged to bitch even more by those – to wit: the men – to whom God has given the task to keep their bitchiness in check.

Nothing of this is to be seen anymore. It's a huge “hurting” and “suffering” and right to “healing”. Personal happiness is the new god. If anyone should cause Christ to disturb it, he should be vilified as the masses of sensitive heart bleeders run to the rescue of the wet pussicats, and feel such good people that Christ should learn from them.

What has happened in Charlotte is not only the result of a minority of bitching people; it is, tragically, the result of a diffused mentality that encourages and rewards bitching instead of taking a sound approach and react with chosen words chiselled by the wisdom of past centuries; like “take a hike”, “who cares” and the immortal, extremely pithy “shut up, bitch”.

The bitches run the show.

It's the others who shut up. 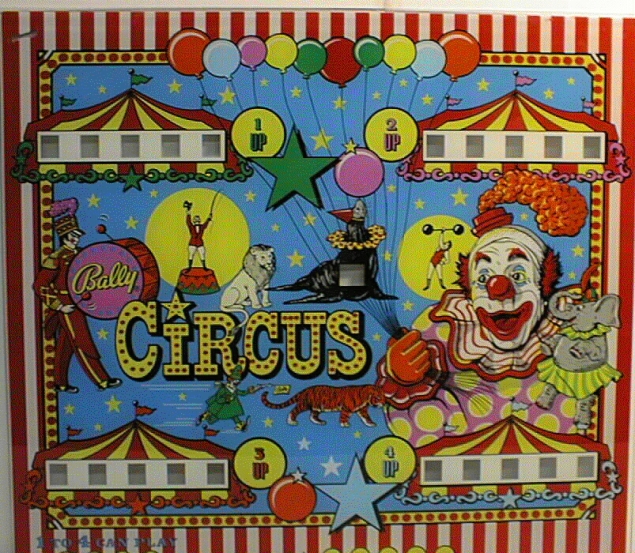 Every now and then, I try to think how the Cardinals could, in that fateful day of March 2013, have picked an even worse one than Jorge Bergoglio. Martini would have been one if he had been alive, but he had already gone to his Creator – or the other way, as the case may be -. Schoenborn is another candidate, but I think Schienborn is, if every bit a sellout as Francis, more intelligent, better educated and probably more prudent.

With the benefit of hindsight, Maradiaga is also such a one, though it is difficult to see whether he would have been as spirited in leading the madness than he is in following Francis' lead, safe in the knowledge he can take refuge in the shadow of the more senior heretic.

From what one begins to hear Tegle might also be such a one, but such a young Pope was probably never in the card. Tegle is, unfortunately, already a candidate to the Sea, one day. Let's hope he ages well, or does not age at all.

Possibly, the one with the best probability of being worse than Francis – if such a feat would have been achievable, at all – must be Cardinal Ravasi, the red-hatted version of the Italian TV singing “nun on cocaine”. Not because he dances so well – I do not know; Francis does not dance, either, and he lets other people dance the Tango just in front of the sanctuary for his and their more or less pious amusement – but rather because he can stoop to such a low level of tomfoolery that should the Red Nose Pope die, you know the Hip Hop Cardinal would be a good substitute. I doubt he knows as little of Catholicism as Francis, but hey, nobody is “perfect”.

I have refrained from defending Mr Eich, the CEO elect of Firefox. I have refrained to do so because mr Eich – who as far as I know does not earn money from Firefox and could therefore easily afford to be outspoken – put Firefox before his convictions and decided to resign rather than cause a very public mess about Firefox ousting him – or not, at that point, as the case may be -.

But with Firefox it's different.

Firefox has now acquired Starbucks-Status in their sodomitical madness. The software developers who have started this mess need to find another hobby. We must react to this Nazi thinking, that is exactly the contrary of what every decent person should stand for.

Like Starbucks and like Barilla, Firefox must be made to pay their madness on this earth before their owners and accomplices are made to pay it in the next.

This chap here says it beautifully, though no, it is also a matter of defence of Christian values, so blatantly attacked.

There are a lot of browsers out there, for desktop computers and mobile devices, and it does not have to be Internet Explorer, either.

Use your browser to select one or two of the others. Then kill that fox like a good English hound would.

Uninstall Firefox. Say it around. Don't let them get away with it.